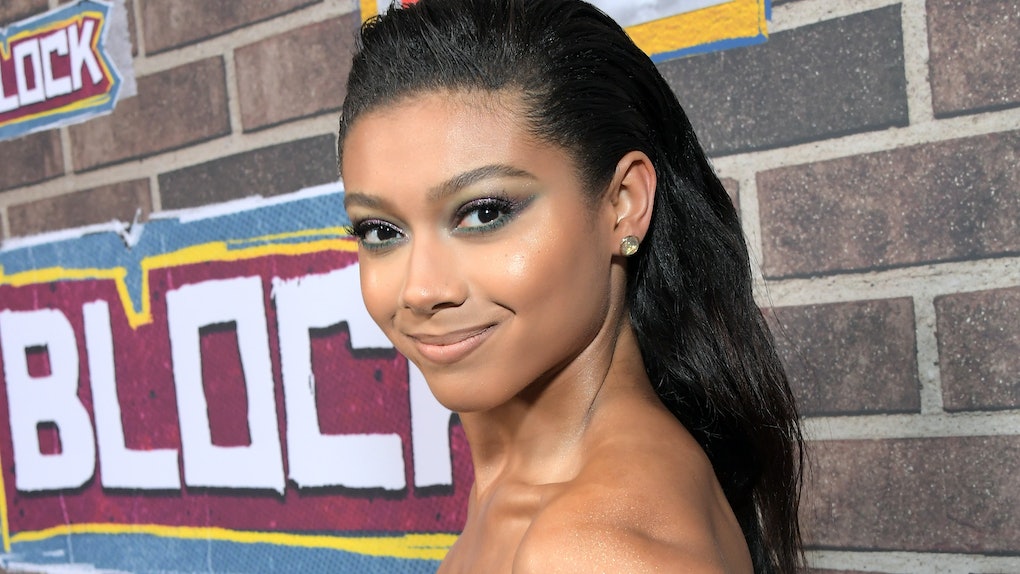 Will There Be An 'On My Block' Season 3? Here Are Sierra Capri's Hopes For The Future – EXCLUSIVE

The second season of Netflix's hit show On My Block has come and gone, and fans still have emotional whiplash trying to deal with all the dramatic happenings that were packed into the too-short season (10 episodes at 30-minutes each is not enough, OK, Netflix?). Now, everyone just has one question: Will there be an On My Block Season 3? Because as many questions as there were answered in Season 2, there were just as many new ones the audience was left with at the season's close. Well, OMB's leading lady, Sierra Capri, didn't confirm to Elite Daily that a season three is definitely coming, but she does have some thoughts about what should go down in Season 3 if the show is picked up again (which has to be a good sign, right?).

I'm proud to see that Monse focused more on herself and she's learning more about herself... I just want Cesar to do the same.

Anyone who hasn't watched the second season of Netflix's certified "most binge-watched" show of 2018 should cover their eyes, because I'm about to give a rundown of the most mind-blowing moments of the season. Like, when it was revealed within the first five minutes that it was Olivia, not Ruby, who died after the shooting at her Quinceañera in the final moments of Season 1. Cesar was disowned by the Santos and was pretty much homeless, so the core five (because Jasmine is friends with the core four now — like, what?) works together to commit a tiny little felony and clean the dirty RollerWorld money Jamal found to save him. But Cesar ends up using the money to effectively buy back the Santos' trust by framing the Prophets, landing them all in jail. But just when viewers thought the core four were out of harm's way, the season ended with them getting kidnapped and thrown into the back of a scary-looking van. End scene.

So, if the Prophets are all in jail, who kidnapped Monse, Cesar, Jamal, and Ruby? Well, Sierra Capri is just as in the dark as you, but she does have her theories. "I feel like it might be a little bit bigger than the Prophets," Capri tells Elite Daily. "Just because they did all get arrested, so I don't know who it could be. Maybe someone Abolita had ties to back in the day since she was the one that knew about the RollerWorld money and where to find it. So, I think it could be a lot of things. I'm just as curious as you are to find out."

But if we're ever going to find out, On My Block needs to get a third season. But with so many plot points hanging in the balance, how can they show not get another run on Netflix?

For example, fans are very invested in what's in store for their OTP, Monse and Cesar. When I ask Capri is Cesar sleeping with his co-worker at Jamal's dad's restaurant was actually cheating considering they were technically broken up, I can't help but also point out that it marks the second time in two seasons that he's done that.

Capri immediately says, "See!" because, apparently, she's on the same page that, yes, Cesar definitely cheated. But she has a much more mature outlook on the whole situation than I do, though. "Honestly, I think they're just so young and I think they both have a lot of growing up to do and they just need to focus on themselves right now," Capri said about the up-and-down relationship. "If they're meant to be together, they'll be together."

I think issues that deal with being multicultural or biracial always get swept under the rug. And I can definitely identify.

Capri has been rooting for Monse — a character who's immensely loyal to her friends (and arguably to a fault) — to spend more time focusing on herself for a while. And she certainly did in Season 2. One of the season's most emotional plotlines dealt with Monse exploring her newfound relationship with her mother Julia, who had left her and her dad when she was just 3 years old.

After spending time getting to know her, she was considering leaving Freeridge and moving in with Julia in the safer neighborhood of Brentwood. But just before she made her final decision, she found out that Julia told her well-to-do Brentwood friends and neighbors that the reason she left Monse's dad was that he abused her — a lie to soften the fact that she abandoned her 3-year-old baby. Monse and Julia's confrontation ended with one of the most emotional moments of the season and tapped into an aspect of Monse's identity as an Afro-Latina woman that had yet to be fully explored. I was holding my breath when Monse finally asked Julia, who Monse discovers had spent the years since abandoning Monse and her dad with her new, very white family, an important question: "Would you have left if I looked like you?"

"I feel like it's something that definitely needs to be talked about," Capri explains about the storyline. "I think issues that deal with being multicultural or biracial always get swept under the rug. And I can definitely identify. For me, in middle school, I had this phase where I didn't fit in with this side and I didn't fit in with that side because I was to this to be that and I was too that to be this. I feel like everyone who is biracial, they go through the same thing, so I definitely think it was something that needed to be discussed, so I was happy that was in the script."

It seems like self-exploration was a theme for Monse this season. And she wants that to continue into the future. "I'm proud to see that Monse focused more on herself and she's learning more about herself," Capri explains.

And considering Cesar dumped Monse because she wanted to spend time in Brentwood to get to know herself and her mom, it's pretty clear Cesar also needs to do some growing before they can have a truly healthy relationship. "I just want Cesar to do the same and whatever happens happens, but yeah, sometimes I'm like, 'Is this the right situation for them both? Is this best for them?'"

Who kidnapped the core four? Will Monse and Cesar be able to find there way back to one another? Is Monse's relationship with her mom done for good? Well, we're going to need Netflix to green-light a third season before we ever get answers to any of these lingering questions. And according to Capri, that fate of the show is in fans' hands.

"We found out pretty quickly after season one that we were getting a season two," she explains about the timeline of their 2018 renewal. "I still don't know what's going to happen at this point. I hope we get a season three, but I think it was because of the fans and the people that support and love the show that we even got a season two, so hopefully with the same support, we can continue on."

Well, On My Block Twitter is here for you, Sierra! And they're waiting for that Season 3 renewal because nothing else will do!