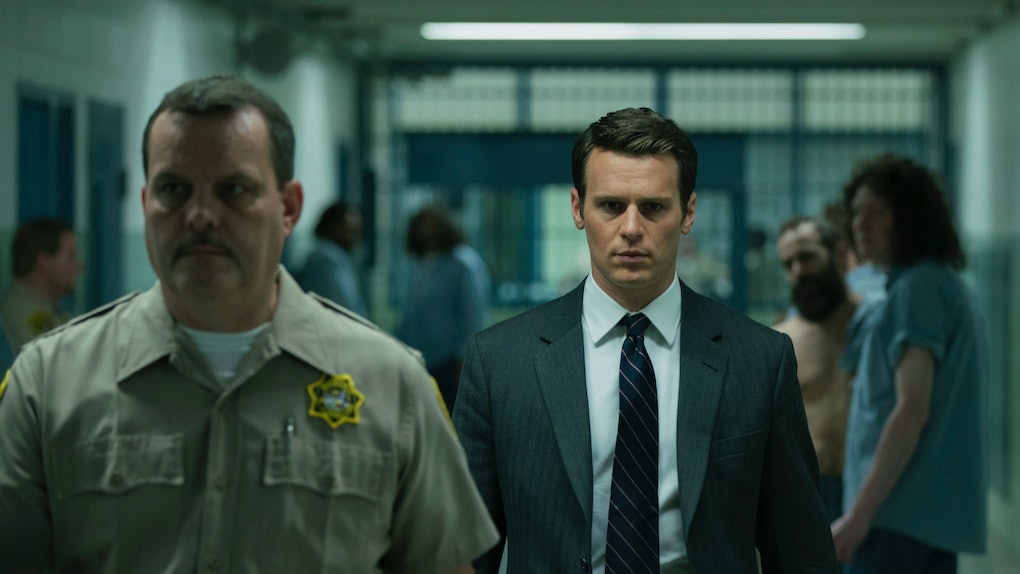 Will There Be A 'Mindhunter' Season 3? Here's What Fans Should Know

There are just some TV show concepts that will never grow old. From the golden age when shows were 15 minutes long in black and white to today's dozen-episode drops on streaming services, police procedurals are forever. If those procedurals have a whiff (or better an entire helping) of true crime, so much the better. Such is the case with Mindhunter, the Netflix series from David Fincher. Season 2 arrived on Aug, 16 with little marketing, but a lot of chatter on Twitter, leading fans to ask will there be a Mindhunter Season 3? The answer is almost certainly.

The original Mindhunter series was picked up by Netflix in 2015 after it spent five years languishing in development at Fox 21. Based on the true-crime book Mindhunter: Inside the FBI's Elite Serial Crime Unit by John E. Douglas and Mark Olshaker, it profiles the FBI's first forays into criminal psychology and profiling to help track down serial killers. It's a technique most take for granted today, but which was considered radical outside the box thinking back in the mid-1970s when it began.

Because of the true-crime nature of the series, the fictionalized FBI personnel are surrounded by actors playing famous real-life murderers and serial killers from the era. Season 1, for instance, included Ed Kemper and Richard Speck, two famous 1970s-era criminal celebrities.

Season 2 has expanded the roster, adding some of the criminal justice system's most terrifying killers of the century. Charles Manson, for instance, turns up in the course of the interviews conducted by FBI agents Holden Ford (Jonathan Groff) and Bill Tench (Holt McCallany). (In an uncanny bit of timing, Manson is played by Australian star Damon Herriman, who was last seen playing... Charles Manson in Quentin Tarantino's Once Upon A Time In Hollywood.) The BTK killer, who true crime fans know was never caught, appears in haunting clips. But the real mystery for this season is the case known as "The Atlanta Child Murders," one of the more complicated serial killer cases in history, one that still has not reached a satisfactory conclusion to this day.

All that being said, the lack of answers is part of what makes this show tick. It's why, despite a nearly two-year gap between seasons (Season 1 premiered in October of 2017), fans welcomed it back with open arms.

Netflix has not yet confirmed there will be a Season 3 as of yet, but the critical praise Season 2 has earned suggests the show will be back for at least another round. Speaking to PopCulture.com, star Holt McCallany said:

I don't think anybody knows right now, in August of 2019, exactly what lies in store for Holden and Bill, and Wendy... We are hopeful that we will get to do the whole five seasons because the audience seems to have really responded to the show, people really like the show. And we're very proud of the show and very excited to keep making the show.

All nine episodes of Mindhunter Season 2 are streaming now on Netflix.