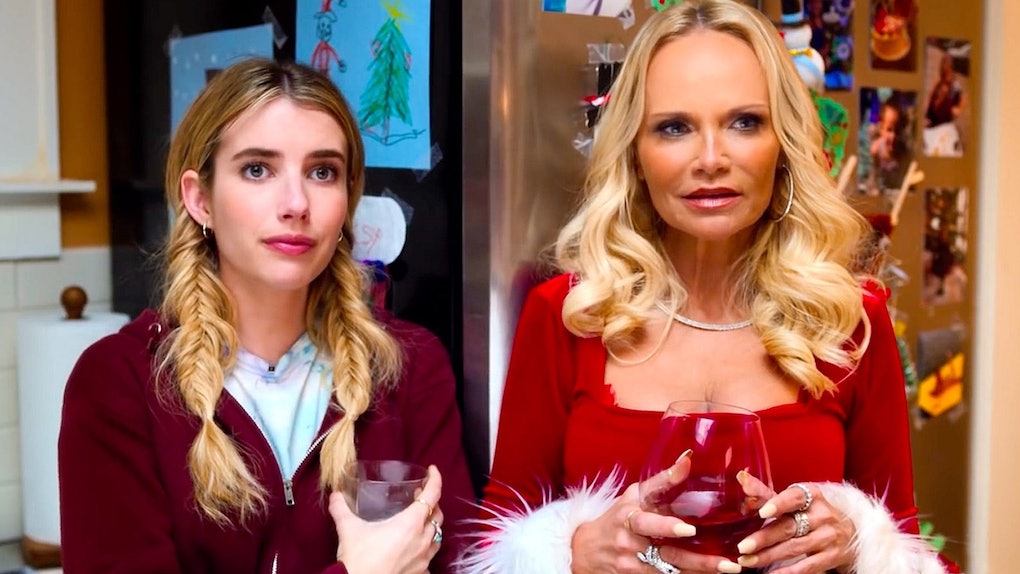 Will There Be A 'Holidate' Part 2? Here Are The Odds Netflix Does A Sequel

It sounds like another round of festive dates is in the cards, because the creator of Netflix's latest rom-com hit opened up about her plans for a sequel. Holidate, starring Emma Roberts and Luke Bracey, attempted to solve the problem of single people having to deal with nagging relatives during the holiday season, but a potential follow-up could tackle a new story. So, will there be a Holidate Part 2? Writer Tiffany Paulsen detailed her plans for a sequel in an interview with Vanity Fair.

In Holidate, Roberts' character Sloan found a solution to an annoyance that is all too familiar to single 20-somethings. Fed up with her family constantly bugging her about her romantic life during holiday celebrations, Sloan enlisted Jackson (Bracey) as her platonic plus-one for a year's worth of holiday get-togethers. Although their relationship started out as strictly a contract, this is a rom-com, so of course they ended up falling for one another.

Now, it sounds like their love story isn't over just yet. Paulsen said she has a clear picture of what a follow-up movie will look like. "I know exactly what that story will be and how we would explore it,” Paulsen said, confirming the sequel would pick up after Sloan and Jackson flew to Jackson's native Australia. Rather than Jackson having to fit in with Sloan's relatives, the new movie would see Sloan struggling to find her place with Jackson's clan in an entirely new setting.

Paulsen even has a title picked out already. "Don't you think Holimates is just a cute title? Holimates: Holidate Down Under," she said to Vanity Fair.

With a story and title all picked out, this sequel certainly sounds like it will happen, but Netflix hasn't picked up a Holidate follow-up just yet. Still, Paulsen is banking on viewers' love of Sloan and Jackson to propel a second movie forward.

"I’m certainly hopeful [the sequel will happen]," Paulsen said. "We hope that people love it and want to see more of this relationship. I think there’s so much more to explore with Sloan and Jackson, because they’ve barely dated. They go on 11 dates in a year, and there’s a lot to see where this goes. So we’ll cross our fingers."

Holidate is streaming on Netflix now.

More like this
An 'After' Prequel About Hardin & A Sequel About His Kids Are In The Works
By Abby Monteil
What's Leaving Netflix In May 2021? Say Goodbye To Some Faves
By Ani Bundel
'The Kissing Booth 3': Release Date, Trailer, Cast, Plot, & More Details
By Sarah Halle Corey and Lexi Williams
Stay up to date