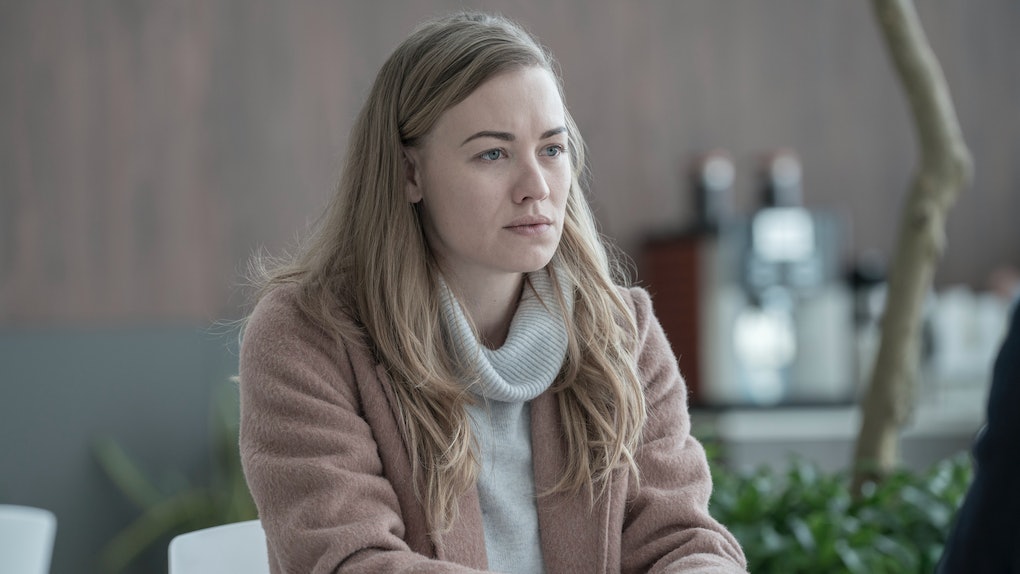 Will The Waterfords Be In 'The Handmaid's Tale' Season 4? Let's Break Down The Finale

The Handmaid's Tale has always had a problem when it comes to working in Canadian content. The insistence on staying focused on June as the main character means that all scenes in Canada have struggled to get front and center. Season 3 found a couple of angles, first with Emily's arrival and then sending the Waterfords over the all-important boundaries between countries. But the arrest of Fred has left fans wondering where the show goes from here. So will the Waterfords be in The Handmaid's Tale Season 4? Warning: Spoilers for The Handmaid's Tale Season 3 follow.

The Waterfords' trip to Canada wasn't just an accidental crossing of the line. It was a deliberate plan by Serena Joy to get Nichole back. She would pay Canada one wanted high ranking Gilead husband who they could try for war crimes, in exchange for amnesty and her child. Fred was horrified when he realized his wife had betrayed him, sold him upstream after he trusted her so completely.

He also wasn't about to take this lying down. It was one thing when he believed they had both been had. But knowing Serena Joy was enjoying freedom and immunity after she was the one who invented Gilead in the first place, it was too much. So he contacted the American emissary, Mark Tuello. He wasn't trying to make a deal; he was just trying to get justice done.

It was late in the evening when Tuello found Serena Joy, sitting outside with Nichole. She was enjoying the freedom to be out in public unescorted, with the baby she had worked so hard to get.

There was just one problem. That baby's creation was how Fred had figured out to get his wife incarcerated. As Tuello announced:

Mrs. Waterford, under warrant from the ICC and the government of the United States of America, I am placing you under arrest...crimes against humanity, sexual slavery, the rape of June Osborne.

Serena Joy was shocked. It was all under duress, she insisted: "Religious ritual ordered by the state under penalty of execution!"

But this didn't have anything to do with "the Ceremony" or anything state-sanctioned. These new charges involved Serena's own under-the-table choices in desperation to get June pregnant.

You forced your driver to impregnate Ms. Osborne, so you could claim the resulting child.

Serena Joy stared at him, dazed. Then she hissed: "Nick and Offred had a relationship," completely ignoring the fact that this relationship was one forced upon them by her actions.

Tuello was unmoved: "It's still rape, Mrs. Waterford." And with that, Serena Joy was dragged off, much to the relief of fans everywhere.

On the one hand, this is a great way to get the Canadian plot more screen time. After all, Serena is being charged with facilitating the rape of June. It's a trial which will be held while June is in absentia, but is about her and her baby.

But are fans ready for The Handmaid's Tale Season 4 to become Law & Order: Gilead? (How can it? They killed off Christopher Meloni!) Either way, next season will be very interesting.

More like this
Why Isn't 'This Is Us' Airing On April 20, 2021? Season 5 Is On Another Break
By Ani Bundel
Is Commander Joseph Lawrence Good Or Evil? 'The Handmaid's Tale' Fans Have Questions
By Ani Bundel
10 Questions The ‘Schitt’s Creek’ Finale Left Unanswered
By Rachel Varina
Stay up to date