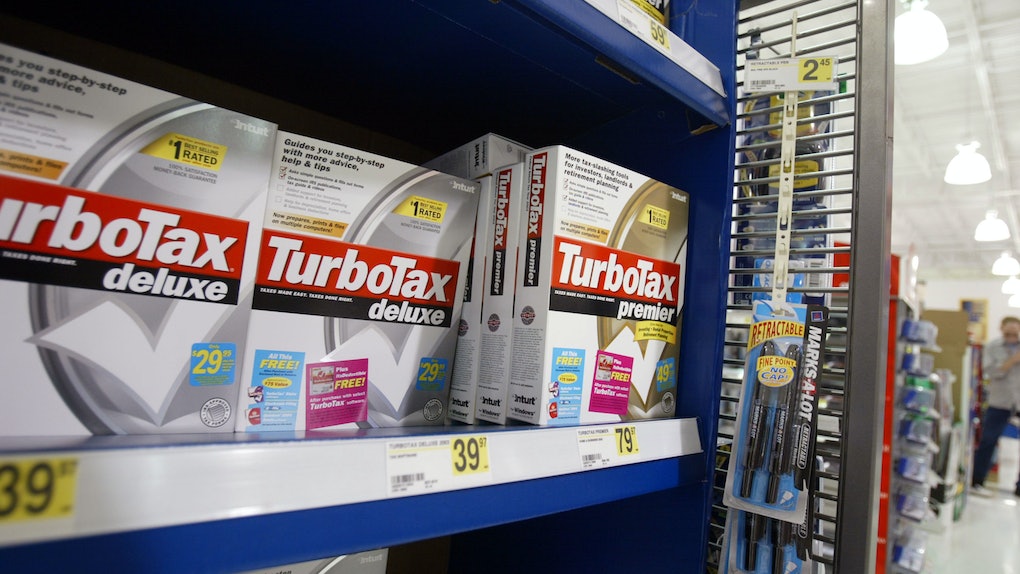 Will The Tax Cuts Help Me In 2019? It All Depends On How Much You Make

A year ago December, President Donald Trump and then-GOP-held Congress passed the Tax Cuts and Jobs Act of 2017, upending years of tax protocol and promising to deliver lower tax bills for Americans the following year. A year later, the country is starting to get a sense for just what the impact the legislation had on their own finances. As Americans prepare to file their 2018 taxes beginning on Jan. 28, plenty may be asking themselves how, or if, the tax cuts will help them personally. Overall, the tax cut is expected to give almost all taxpayers a bit of relief. But exactly how much depends on your tax bracket.

Overall, American taxpayers from all brackets are expected to see a 1.7 percent increase in after-tax income as a result of the cuts for the 2018 tax year (being processed in 2019), according to an analysis by The Tax Policy Center. But this is hardly proportionate to income level. If you're the owner or a shareholder of a lucrative company bringing in millions in profit, or a super-rich American, the tax cuts are probably great news for your pocketbook. The benefits to individual, low-income taxpayers, though, will be much less to get excited over, and will phase out over the next several years, at which point most Americans will again start to see hikes in what they owe.

For 2019, the lowest-income fifth of the country, making under $25,000 a year, ironically will see the lowest reduction in their tax rates this year, per the Tax Policy Center. These lowest income earners will see only a 0.3 percent cut, for a new rate of 3.9 percent. That will translate to an after-tax income boost of about 0.3 percent, or around $50.

So in terms of dollars in your pocket, Trump's tax cut for the nation's poorest earners probably isn't enough for most people to finance a pre-owned car or make a single student loan payment, but it might be enough for, say, buying a lottery ticket every week, or splurging on one or two fancy snacks at Whole Foods every month (I can't promise they won't still come in ridiculously tiny bags that you eat in one sitting, though).

For higher earners who see more substantial gains in their take-home pay, though, the benefits will be higher. The highest quintile will enjoy a 1.6 percent reduction, translating to a 0.9 percent income boost — or about $34,000. That's more than a year of tuition at University of California Berkeley, including room and board.

Curious where you stand? Use this calculator to get a ballpark idea of how much you owe in taxes, and how it's changed since the previous tax levels. (Keep in mind, the 2019 rates will change slightly by 2025.)

All of this may sound odd given that, as you may recall, Trump and the GOP promised that the new tax breaks would serve the middle class the most. Bloomberg rates it as false; the richest taxpayers, it found, benefited disproportionately, while middle-class Americans were given breadcrumbs by comparison. Elite Daily reached out to the White House for comment on this as well as the analysis that even some of the lowest-earning Americans would see tax increases, but did not receive a response as of publication.

Thanks to the Jobs Act, corporations will now also enjoy the lowest levels of taxation in decades, indefinitely. Despite that massive gift, it's the shareholders who reap the most benefits; they get 56 percent of those translated savings, while only 6 percent is going back to employees, and only 9 percent to consumers, Bloomberg reports, though 18 percent is translated into added jobs.

It's worth noting that there are plenty of other tax cuts folded into that legislation that may impact a person's overall burden; for example, the act expanded the child tax credit and deductions for small pass-through businesses, too.

What's more, The New York Times points out that the tax overhaul kind of threw a wrench in the works of how taxes are calculated overall. With multiple changes, employers may be confused about how to calculate how much tax to withhold from paychecks — meaning that no matter how much you made, if they erred on the lower side and didn't withhold enough from your paycheck overall, you could end up owing that money back when you file, and therefore needing to pay. Great.

Just how much money taxpayers get back this year — and when — is also dependent on how the Internal Revenue Service (IRS), which handles returns and refunds, can recover after the longest shutdown in modern U.S. history ended on Friday, Jan. 25. The New York Times reported on Jan. 27 that refunds could be delayed as a result of many workers not showing up to work after being called in.

In any case, whether you're making boatloads or thimble-fulls, you'll most likely see a slightly reduced tax burden in 2019 when you file. But just how much more money ends up back in your bank account — especially over time — depends on how much you make to begin with.

More like this
These Tweets & Memes About Matt Gaetz's Venmo All Make The Same Joke
By Cianna Garrison
The More Contagious B-117 COVID Variant Is Now The Most Common Strain In The U.S.
By Rhyma Castillo
Here's How To Enter Hotels.com's Tax Write-Off Vacation Giveaway For A Chance At $2,700
By Lara Walsh
Stay up to date