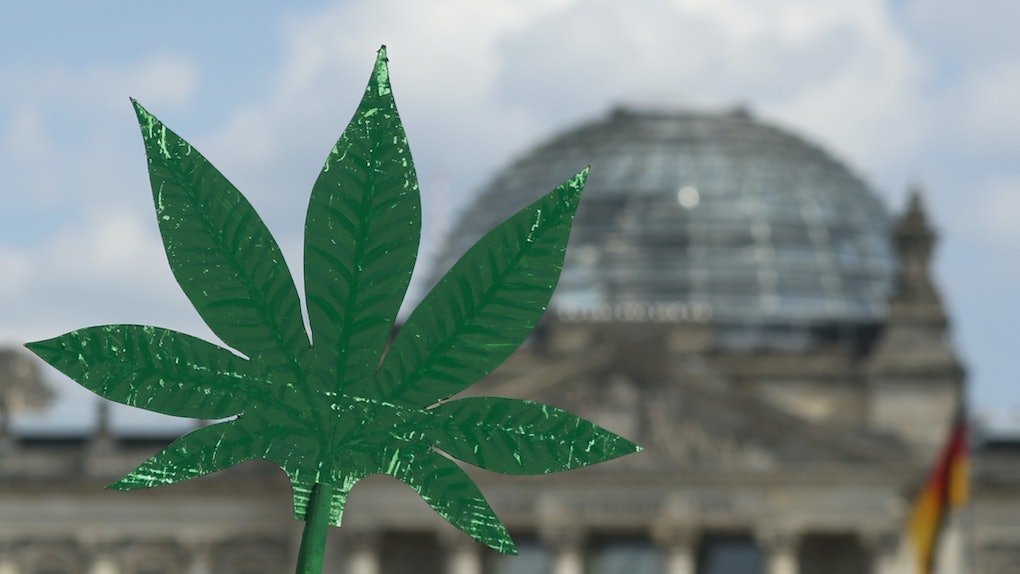 Will New York Legalize Weed? Andrew Cuomo Is Lending His Support To This Cause

During the midterm elections, a few states voted to include some level of acceptance of marijuana into their state laws, a major step in the movement to decriminalize and legalize the drug. So, who's next? Will New York legalize weed? Three-term New York Governor Andrew Cuomo signaled Monday that he's looking to make it a legislative priority in the upcoming session, so change may be afoot for the Empire State.

In a Dec. 17 speech in Manhattan, Cuomo mentioned legalization as he laid out his agenda for the first 100 days of his upcoming term. "The fact is we have had two criminal justice systems: one for the wealthy and the well off, and one for everyone else," Cuomo said Monday. "Let's legalize the adult use of recreational marijuana, once and for all."

The move to bring legalization to the state could result in an additional $1.7 billion in revenue from the taxation of the drug, according to The New York Times. States that have legalized the drug have largely directed the revenue from taxation towards schools and public services. In New York, proposals might see the money directed towards reinvigorating the subway system, or supporting minority neighborhoods.

Should it pass, New York would join ten other states that have fully legalized the use of recreational marijuana, meaning that residents can buy and use the substance without a doctor's recommendation, much like alcohol. According to the Marijuana Policy Project, several other states also have legalized personal growing, but not sales, of cannabis, while others have decriminalized the drug or passed laws allowing for medical usage; more than a dozen states still maintain a fully illegal status.

Just across the water, a marijuana legalization bill is pushing forward in New Jersey. Meanwhile, in the 2018 midterm elections, Michigan voted to legalize the drug while Utah and Missouri voted to pass medical allowances.

Cuomo added that the law around the drug had "for too long targeted the African-American and minority communities." In fact, according to the American Civil Liberties Union (ACLU), non-white Americans make up a disproportionate number of those arrested on charges related to marijuana, which on the federal level and in the majority of states is still classified as a Schedule I drug, making recreational possession a felony in some places.

Those in prison due to drug-related offenses make up about a fifth of the incarcerated population in the U.S., data from the Prison Policy Initiative shows, though this varies by the kind of detention and at the state and federal levels. Nonviolent drug convictions often result in a felony stamp on a person's record, making it harder for them to get employment, housing, and access other resources.

While there's a lot that has to happen legislatively before it can be legalized, Cuomo's green-light on legalization marks a dramatic 180 for the governor, who as recently as February 2017 called marijuana a "gateway drug" and made clear his opposition to legalization. Of course, in order to pass as law, any legislation would need to get approval of both state legislative chambers and then get Cuomo's blessing. Though previous efforts to legalize the drug failed under Republican control, now with a Democratic majority in the state Senate it's looking like a real possibility, and Cuomo's yes might have been the final hurdle to clear a path for victory.

So for Empire State residents who've been waiting for their government to get on board with the legalization movement, your time has (almost) come.

More like this
These Video Reactions To The Derek Chauvin Verdict Show How Huge The Moment Was
By Lilli Petersen
These Tweets About The Derek Chauvin Trial Verdict Are Full Of Shock
By Rhyma Castillo
After Derek Chauvin's Conviction, Young Black Activists Demand True Justice
By Nylah Burton
Stay up to date