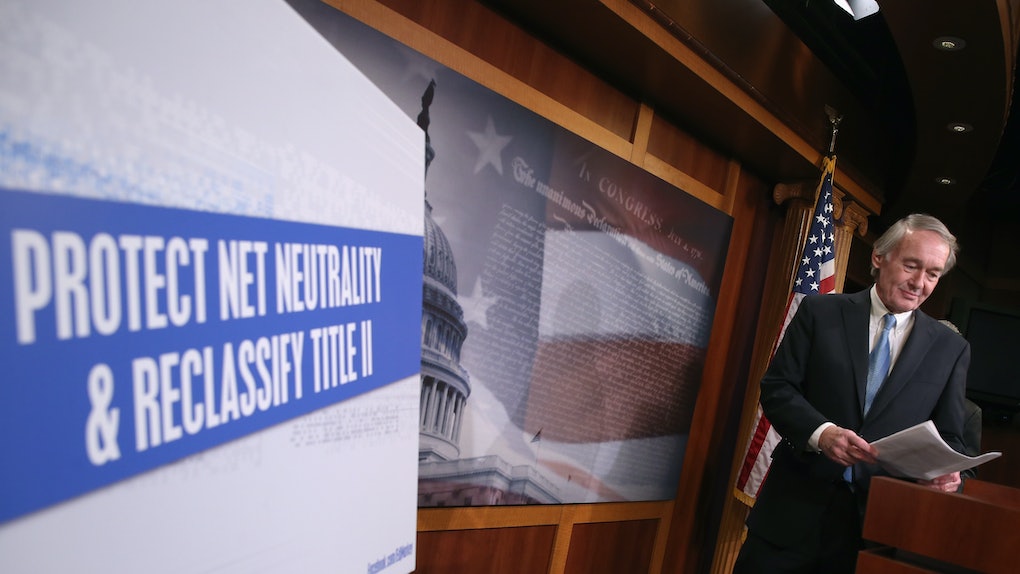 Will Net Neutrality End? Here's What The Internet Looks Like In A Country Without It

Less than a month from now, on Dec. 14, the Federal Communications Commission's (FCC) board of five commissioners will vote on a proposal from its chairman to repeal "Net Neutrality" rules that were put in place by the FCC itself under former President Barack Obama. Critics of the proposal drafted by FCC chairman and Republican Ajit Pai, argue that ending net neutrality would result in internet service providers (ISPs) — like Verizon and Comcast — being able to block or decrease the speed of certain sites. With there being a total of three Republican commissioners on the board of five, however, those critics won't likely make a difference, which means the question is not "will net neutrality end," but more likely "when."

Here's another question on critics' minds, though: What happens when there's no net neutrality?

On Tuesday, Nov. 21, one congressman gave an answer to that question, citing an example from another country. On Twitter, Rep. Ro Khanna (D-CA), shared a tweet that read, "in Portugal, with no net neutrality, internet providers are starting to split the net into packages." Khanna represents a district in California that includes Silicon Valley, the tech capital of America that houses big name companies opposed to ending the Obama-era net neutrality rules. Those companies, like Facebook and Google, also argue that ending net neutrality would allow service providers discriminate against certain services.

Khanna's tweet was accompanied with an image that showed how Portuguese telecommunications company MEO (which is akin to T-Mobile and Verizon) offers data to customers in bundles, like a cable company:

According to Quartz, the bundles don't block access to other sites, but visiting sites or app's outside of the packages would ultimately cost more. Khanna wrote in another tweet, "the FCC is getting ready to overturn #NetNeutrality. If they succeed, ISPs will be able to split the net into packages. This means that you will no longer be able to pay one price to access any site you want."

Those on the sides both for and against repealing net neutrality rules argue that their respective case is best for the little guy.

"Under my proposal, the federal government will stop micromanaging the internet," FCC Chairman Pai wrote in a statement announcing his proposal. "Instead, the FCC would simply require internet service providers to be transparent about their practices so that consumers can buy the service plan that’s best for them and entrepreneurs and other small businesses can have the technical information they need to innovate."

Pai has also argued that net neutrality rules would open up the field for competition, allowing smaller businesses to invest in providing internet in rural and poor areas, presumably with cheaper service packages.

"We are disappointed that the proposal announced today by the FCC fails to maintain the strong net neutrality protections that will ensure the internet remains open for everyone," Erin Egan, Facebook's chief privacy officer, said in a statement, per the New York Times. "We will work with all stakeholders committed to this principle."

Egan's comment points to what is, again, the worst-case-scenario fear for a future without net neutrality, even though ISP companies like Comcast say they will not block or discriminate against different sites, according to the Times.

"We do not and will not block, throttle, or discriminate against lawful content — and we will be transparent with our customers about these policies," the company said, per the Times.

Still, those who fear the worst have little reason to trust the word of ISP companies which, as Quartz points out, are among the least trusted businesses in America.

Regardless of whether companies do end up blocking or slowing sites, the political reality is that the fate of net neutrality rules staying or going can change on an administration-to-administration basis.