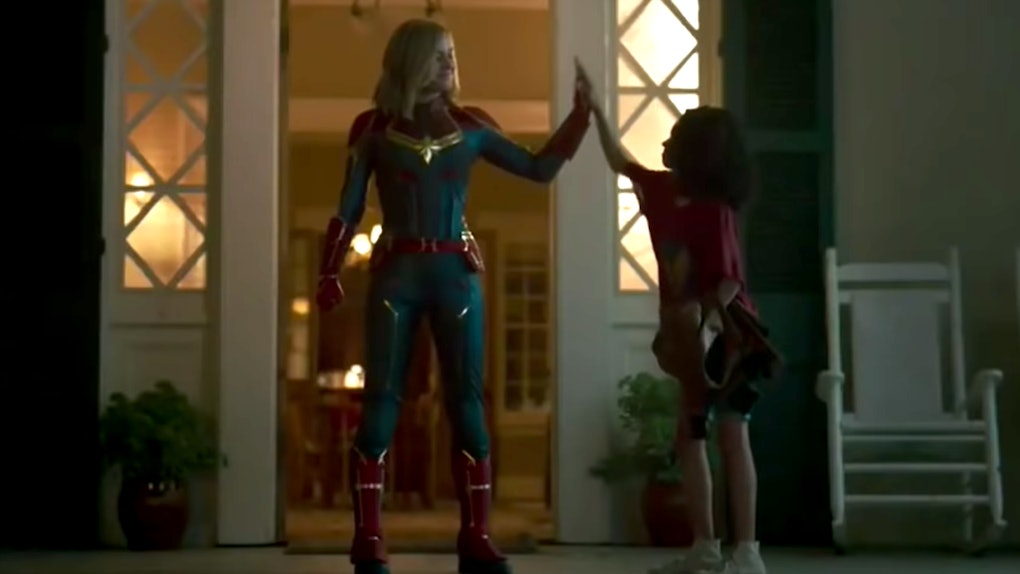 Will Monica Rambeau Become The Next Captain Marvel? The MCU Low-Key Introduced A New Hero

Spoiler alert: This post will contain light spoilers for Captain Marvel. While Captain Marvel centers on an intergalactic, alien war, one of the characters that could potentially become the most important is a young girl on Earth. The movie introduces Monica Rambeau as the 11-year-old daughter of Carol Danvers' best friend Maria Rambeau, but Marvel Comics fans know that Monica eventually becomes a superhero in her own right. Monica was first introduced in the comics in 1982, as a cargo ship captain who is exposed to extra-dimensional energy that gives her the power to control all forms of energy and transform into energy herself. Monica actually assumes the name Captain Marvel after gaining her powers, although she has gone on to use other codenames, such as Photon, Pulsar, and currently, Spectrum.

Monica Rambeau became so important in the Marvel Comics, that she actually led the Avengers during a run in the '80s, and there is reason to believe that Captain Marvel is setting up a future for Monica in the Marvel Cinematic Universe as well. After all, it is Monica who convinces her mom to fight the Kree in space with Carol, and Monica declares that she wants to fly like Carol some day at the end of the movie.

And do not think that we will have to wait long to possibly see Monica Rambeau get her powers just because she is 11 years old in Captain Marvel. Since Captain Marvel is set in 1995, Monica will actually be about 35 years old at the time of Avengers: Endgame. Theoretically, Monica may already have her energy powers, and could even be reintroduced as an adult superhero in Endgame. But since the next Avengers movie already has so much to do, Monica's superhero reintroduction will probably happen after Endgame if it is part of the MCU's plans.

Marvel fans are just going to have to wait to see if Monica Rambeau's version of Captain Marvel gets her own role in the next phase of the Marvel Cinematic Universe, but the character's introduction in Captain Marvel should definitely give fans hope. But for right now, all eyes are still on Carol Danvers' Captain Marvel, who is about to make her follow-up MCU appearance in just a month when she joins the Avengers to stop Thanos in Avengers: Endgame. That movie will hit theaters on April 26.