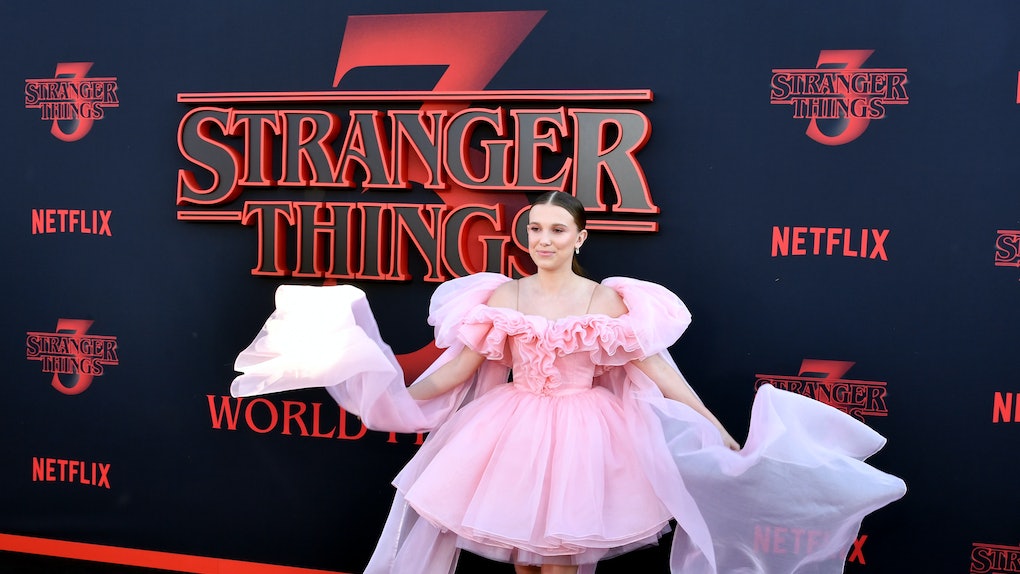 Will Millie Bobby Brown Be In 'The Eternals'? She's Rumored To Join The MCU

The year 2019 will be one remembered for endings in pop culture as the decade draws to a close. While some series ended in more high-profile ways than others, everything, from Game of Thrones to Star Wars to the Marvel Cinematic Universe, had one thing in common: Endings lead to new beginnings. Game of Thrones is filming a prequel pilot. Star Wars has another trilogy in development. Marvel is casting major A-list names to fill out the comics universe, including some of the 2010's hottest actors. So will Millie Bobby Brown be in The Eternals? Rumor is, she's going from Hawkins to superhero.

The rumor sprang up ahead of San Diego Comic Con's 50th-anniversary gathering, where, after a year off, the MCU is planning on making a comeback. The most highly-anticipated Marvel panel is one with little to no details:

According to inside sources who spoke to Variety, the plan is for this to be "a splashy rollout aimed at generating excitement among fanboys and fangirls for the next phase of Avengers sequels and spinoffs." One of the biggest will be the rollout for Marvel's The Eternals, which could bring out reported headliners Angelina Jolie, Kumail Nanjiani, Richard Madden, and "Stranger Things lead Millie Bobby Brown."

Who are the "Eternals"? Unlike the Avengers who were made up of a motley crew of regular humans, enhanced people, and the occasional god, the Eternals are their own "species of humanity" separate from normal humans. In the Marvel Comics, these "offshoot of the evolutionary process" were meant to be "defenders of Earth" against invaders, protecting the nascent human race from those who might do the still-evolving population harm. In the early comics, the antagonists were "The Deviants."

Eternals all have the same cosmic energy that allows them abilities such as super-strength, flight, teleporting, and ESP. Also, these characters are virtually immortal. As long as "the Machine" (a restoration device) is running, any Eternal who is killed will eventually be spat out again.

So which Eternal could Brown be playing? That's where things get tricky. When Jack Kirby first introduced the Eternals in 1976, it began with the character of Ikaris, who was a third-generation member. There are five generations altogether with 50+ characters. Of those, 28 are leading players. One would assume, much like the MCU did with the Avengers, the plan is to take a handful of the best known of these characters and focus on adapting one of the more famous comics for their story.

When viewed through that lens, there is a role that Brown would make a great deal of sense to have play. The most recent run of issues, published in 2006, was written by Neil Gaiman, in an attempt to retcon the characters into the modernized Marvel-verse. In his story, the main antagonist is a teenage girl named Sprite, who punishes her brethren with collective amnesia when she discovers she is trapped in a never-to-develop body forever.

Could that be Brown's role? Fans will have to wait for SDCC50 to find out.