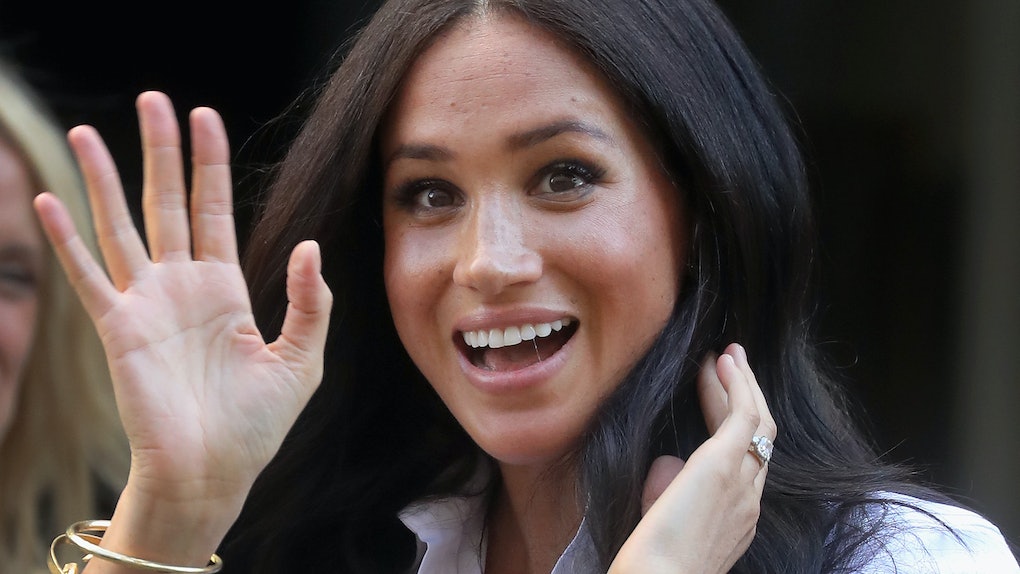 Will Meghan Markle Relaunch The Tig? The Palace Addressed The Rumors

Meghan Markle put her past life behind her when she married Prince Harry. The Duchess of Sussex, as the world well knows, used to be one of the stars of Suits, but she also created content outside of the world of television. She had an active social media presence and ran a lifestyle blog called The Tig, where she would share everything that interested her, from recipes and travel stories to interviews with interesting self-made women (one of whom ended up being chosen to bake her wedding cake). The blog was shuttered months before she and Harry got engaged, but a trademark extension of the site's name has people wondering: Will Meghan Markle relaunch The Tig?

Markle created the site in 2014 and kept it actively updated throughout its three-year run. It has been very-much shut down for two years now. According to People, however, Markle's business manager, Andrew Meyer, recently filed for the blog's name to remain trademarked until 2021. Another trademark was also filed for a website name called Tigtots, which sounds like a parenting blog if I ever did hear one. Those seem like pretty big hints that the Duchess of Sussex has plans to relaunch the site with a new sister site, does it not?

Well, don't get excited too soon. A spokesperson for the royal family told People that the trademark extension ain't that deep.

“There are absolutely no plans to re-launch The Tig, which was shuttered in 2017," the spokesperson said. "The lasting trademark is to prevent false branding, to avoid others purporting to be The Duchess or affiliated with her."

That makes sense. I mean, could you imagine a royal having a lifestyle blog? That's a level of access to a royal's personal life that the English royal family rarely allows, so of all the things Markle could do in the future, relaunching The Tig seems like the least likely possibility, outside of Tigtots. I really, really doubt the royal family would be game for Markle sharing parenting stories about baby Archie.

Plus, Meghan Markle is one hell of a busy woman. Having just ended her maternity leave, the Duchess is back in the royal saddle, working with the various philanthropic organizations she and Harry are tied to.

Smart Works is a non-profit organization that provides women with professional attire and tips to help them succeed in job interviews. The duchess wore pieces from the collection to the event and purchased all five items in the collection while there. She spoke at the event, explaining why she's happy to be a patron of Smart Works.

“When I first moved to the UK it was incredibly important to me personally to be able to connect with people on the ground who were doing really important work. One of the places that I went to really early on was Smart Works,” she said.

“To be able to have one small project that has such big impact is something I’m really connected to,” she continued. “This is the kind of work that I’ve been doing for a really long time and to be able to do it here in my new home of the UK means quite a bit to me. It’s also the same vein of work that my husband and I will continue doing, really strong community-based projects. And this is something we’ll be excited to share more about next year when we launch our foundation, Sussex Royal, in 2020.”

See! She's too busy creating and running a foundation to relaunch The Tig! Sorry, Tig fans.