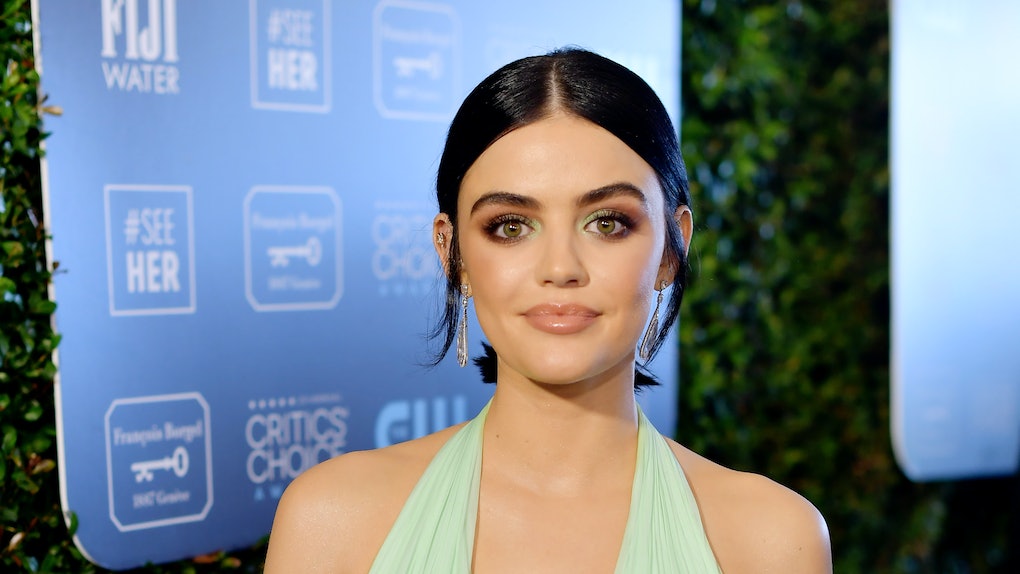 Will Lucy Hale Be In The Reported 'Pretty Little Liars' Reboot? It Could Happen

According to The Hollywood Reporter in a Sept. 2 report, Warner Bros is rebooting the Pretty Little Liars franchise with new characters, a new story, and a new person in charge (Riverdale creator Roberto Aguirre-Sacasa). As of now, there is no official network attached to the project, but Warner's streaming platform HBO Max seems like a likely landing place for the show.

There have already been two Pretty Little Liars spinoffs: Ravenswood and The Perfectionists. The former took original PLL character Caleb (Tyler Blackburn) into a new town and brought ghosts into the mix; the latter followed Alison (Sasha Pieterse) and Mona (Janel Parrish) to a murder-ridden college. Both spinoffs lasted only one season each. The upcoming project is slightly different, however, because it's reportedly a reboot, rather than a spinoff.

It seems likely Hale would want to be part of the Pretty Little Liars remake in some way, most notably because she hinted in March that anything was "possible," when it came to the franchise. "I don't rule anything out," she told Entertainment Tonight. However, at the time, she figured the reboot would come in the matter of years, not months. "I feel like we'd need a little more time to pass. I feel like we would get more out of it if we were, like, 10 years down the road," she said.

Still, this show is important to Hale. "I'm so protective of this show," she said in the same ET interview. "I feel like when the time comes that they want to do it with a whole new cast, I might have to produce it because I'm way too protective of it."

Further, there's another connection between Hale and this reported reboot, and it has to do with the person reportedly attached to make the whole thing happen. Aguirre-Sacasa was also the creator of Riverdale's spinoff Katy Keene, which starred none other than Hale in the titular role. With that show getting canceled after one season on The CW, it's possible Hale will be free to join another project with Aguirre-Sacasa in the near future.