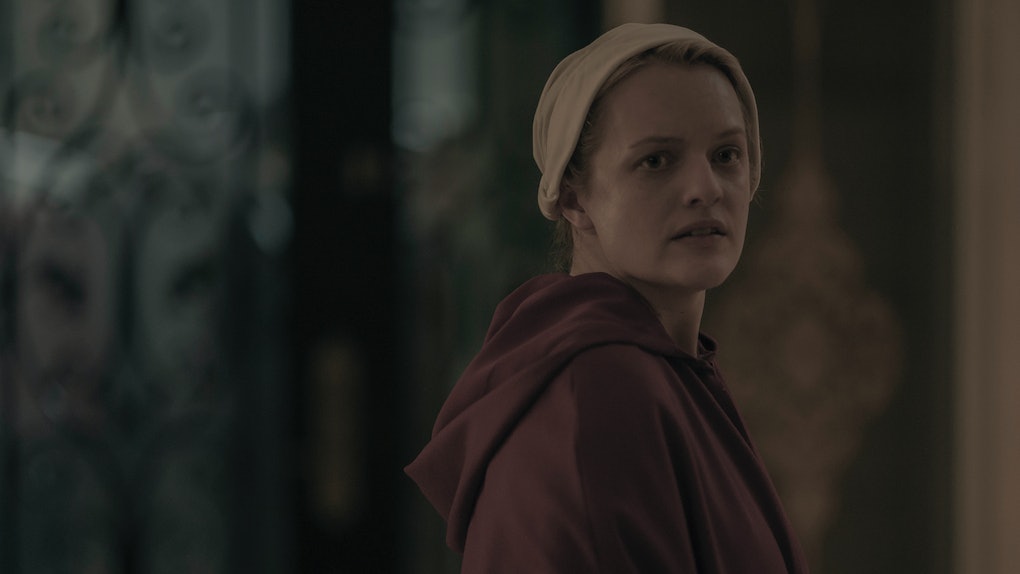 Will June Die In 'The Handmaid's Tale' Season 4? She Took A Bullet For The Cause

When June first explained her idea to her fellow Handmaids and Martha cohorts, there was resistance. Alma, for instance, didn't want to participate, but the idea of her child, stolen by Gilead, getting somewhere safe changed her mind. The Marthas, especially the ones who run Mayday, were very worried about June's ability to put it off. But by the time the finale came around, not only were they all in but Rita, the Martha from the Waterford house, was June's right-hand woman.

It's a good thing June did have Marthas willing to do whatever it took, including murdering their masters, to get the show on the road. Because when it came time to get the kids to the airplane, it had to happen on foot. And there was a massive obstacle in the way.

June's trip to the airfield in Season 2 had a lot of obstacles for her to overcome, including a massive road to cross. Alone, it was doable. But in the dead of night, with half a dozen Handmaids, a dozen Marthas, and half a hundred children of various ages, it seemed impossible. Lawrence had stayed behind to distract the authorities, but these guards were watching the road, lit up like daytime. There was nothing June could do but change the plan.

Rita was left to get the kids to the plane alone. June took her Handmaids and Marthas and attacked the soldiers.

Rocks rained down on the unsuspecting guards every time the light turned away from the forest. The guards shot into the tree line, trying to hit their unseen foes. A few Marthas fell, but it wasn't enough, June needed these soldiers looking at her. So she stepped into the light.

The next thing June new she was running for her life through the woods, chased by soldiers shooting at her. The closest one aimed. He missed once, twice, but third time's the charm. June crashed, shot in the back.

But not dead. When the soldier reached her, she blew him away with her gun. She then held the gun to his head, demanding he radio back that it was nothing, nothing to see here. She then shot him in the head before collapsing. As she passed out, the plane flew overhead. She had won.

As the finale ended, June found herself rescued by her fellow Handmaids, taken out on a handmade stretcher of their cloaks, carried to safety, and hopefully survival in Season 4. Fans will find out next year.