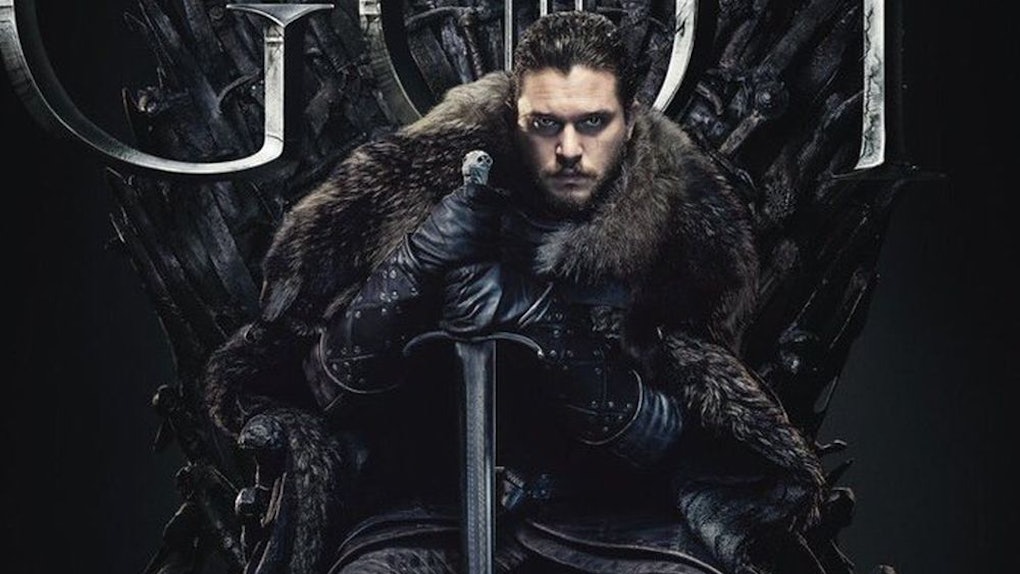 Will Jon Snow Die In The Final Battle? This 'Game Of Thrones' Poster Has Fans Convinced

Game of Thrones has managed to keep the final twists of the long-running series completely under wraps this season, and it's driving fans completely nuts. How can anyone discuss spoilers when there are no spoilers to speak of? Instead, the internet conspiracists have been reduced to extrapolating from what little knowledge is out there. For instance, the opening of Season 8 will mirror Season 1's pilot. So do the posters also herald Season 8 mirroring Season 1? Will Jon Snow die in the final battle?

Hold on, hear me out, because this theory has a couple of different angles coming together.

This season is six episodes long. Miguel Sapochnik, the man who heads the show's battle sequences, helmed the third and fifth installments. Episode 3 is the Battle of Winterfell. The show is keeping Episode 5 under wraps, but most assume Sapochnik is back because the battle will be rejoined, this time down in King's Landing. This holds with the classic Game of Thrones pattern of a major battle in the penultimate episode, while putting the final showdown for the Iron Throne in the place where it lives.

The penultimate episode is also where the show has always put the series shock deaths, starting with Ned Stark in Season 1.

Now, look at the Ned Stark poster from that first season.

Compare it to Jon Snow's poster for Season 8.

Jon Snow is the only one doing the Ned Stark pose, by the way. All the other characters are sitting up straight, even Arya, who also is holding a sword.

The fact Jon has the "Ned" slouch while no one else does must mean something then, right? Perhaps it's just the series making the parallels between Jon Snow and Ned Stark explicit.

Fans believe it's a hint Jon will eventually follow in the fate of the man who raised him. Game of Thrones will once again have a shocking death in the penultimate hour, and this time, it's Snow's turn.

The fact is, fans know there can't be a happy ending. Writer George R.R. Martin has been quoted for years saying the conclusion is "bittersweet." Some believe this means Jon Snow and Daenerys will both live, but somehow are unable to be together. Many have bought into the idea Daenerys dies saving the world, leaving Jon Snow to take the throne and carry on her legacy.

However, the show's love of killing off Stark family members has many convinced it will be the other way around. Jon Snow will die, and Daenerys will take the throne, either pregnant with his child or having given birth to it. She will carry on the Targaryen dynasty, and dragons will be in the world again.

The Seven Kingdoms will pick up the pieces and humanity will swear they will never forget until they do. Because humanity always forgets.

Could this theory be the ultimate outcome? Will Jon Snow die like Ned Stark before him? Game of Thrones will return on Sunday, April 14, 2019.