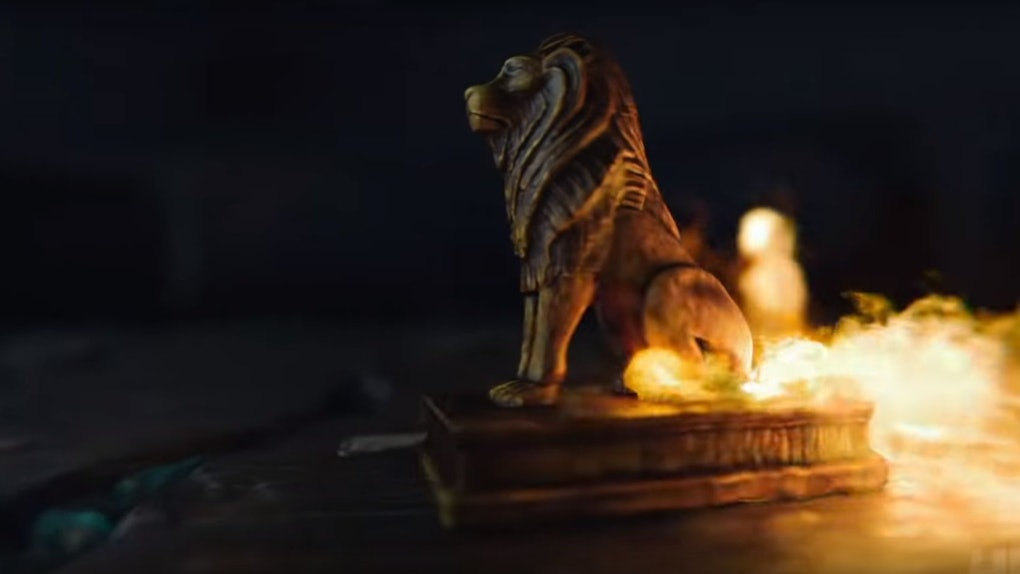 Will 'Game Of Thrones' End With A Second Wall? A New Theory May Explain The Series Finale

Game of Thrones Season 8's first trailer is here. Like the first one for Season 7, it's all symbolism of the wars to come. Not that this has stopped fans from speculating on what it all means, and looking for hidden messages contained therein. As always, this has lead to fan theories and guessing and some in depth readings into the imagery presented in the one minute trailer. The biggest so far speculates the ending to the series is hidden in plain sight. Will Game Of Thrones end with a second Wall?

The trailer begins with the map, styled so it is evident this is supposed to be the table in Dragonstone. (This explains the trailer's title as well.) The snow, ice, and fog creep down from the north, covering first the wolf (Winterfell and the Starks) and then the Dragon (Dragonstone and the Targaryens.)

Then the shot swings south. Fire rushes up, overtaking the Lion (King's Landing and the Lannisters) until Ice and Fire meet. Where they do, a wall of dragonglass rises up, aka obsidian, the only thing that can kill a wight, a white walker, or the Night King. It divided the map in twain.

Does this represent a new Wall?

Personally, I have always believed the series would end at the Wall. It seemed logical the Wall would be rebuilt after the final battle had ended, and Jon Snow, if he survived, would return to it.

The current Lord Commander, Edd, is the 999th Lord Commander of the Wall. This never struck me as accidental. George R.R. Martin isn't one for coincidences. When Edd passes, probably in the finale battle, it means the next leader will be the 1000th Lord Commander. Who better to take this title and begin the process all over again than Aegon Targaryen?

This map shows the final stand between Ice and Fire happening at the Trident, not far from where Rhaegar Targaryen and Robert Baratheon once fought. This could just be an accident, but the Game of Thrones team has always been big on map accuracy. A second Wall, built by magic or by the result of what happens when ice and fire dragons meet in the field of battle, would be a useful item to stop the Night King in his tracks.

Some think this gives away the ending: a Stalemate. The Dead keep the north and the surviving human population all move south. A Wall of Obsidian divides the continent in twain.

Could the show end with a Second Wall? If one includes the original Wall, this ultimate divides Westeros into thirds, and creates two Night's Watch, one far closer to home. If so, maybe this time, history can remember why all those walls rose up in the first place.

Game of Thrones Season 8 premieres in April of 2019.