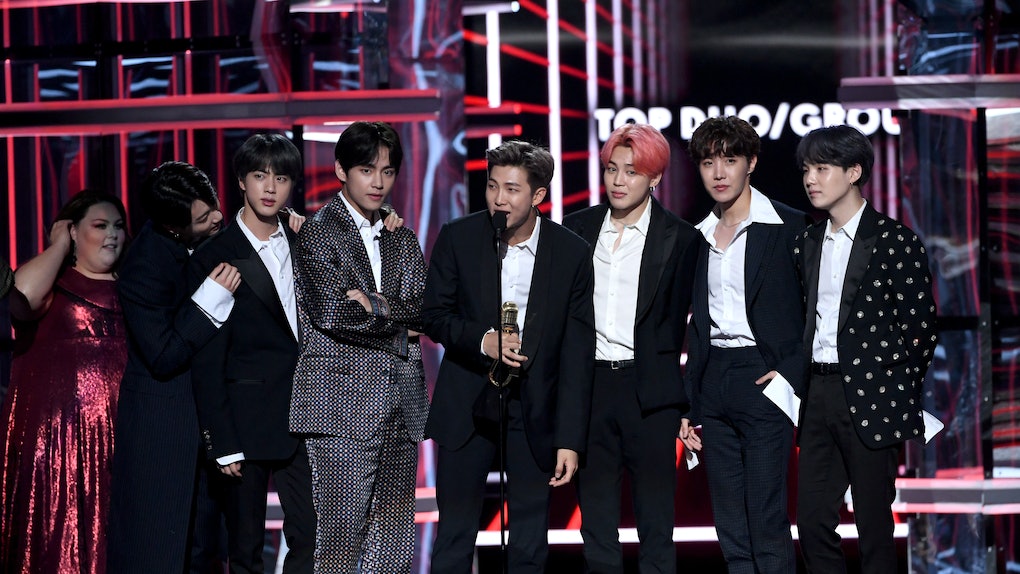 Will BTS Have To Enlist In The South Korean Military? Here Are The Facts

In South Korea, every able-bodied man is required to enlist to serve in the country's military by the age of 28, and there are very few exceptions to the rule. On rare occasion, Korean citizens who excel in sports or the arts on an international level (like soccer players, pianists, and ballet dancers) are granted exemptions. However, K-Pop artists do not make that list. That means members of hugely successful K-Pop groups like BTS will have to enlist in the Korean military. This reality has stirred up a lot of debate worldwide, with some fans (and non-fans) calling for the Korean government to give successful K-Pop groups military service waivers for their work promoting South Korean culture around the world. Meanwhile, members of BTS insist they're ready to serve.

According to a report by Yonhap News, South Korea's Culture Minister Park Yang-woo addressed the calls for BTS to be exempt from military service at the UNESCO Forum of Ministers of Culture in Paris on Nov. 20. "In the case of BTS, I personally wish I could allow exemptions for them under certain standards, but the Military Manpower Administration and the Ministry of National Defense ... are inclined to downsize the overall scope (of exemption)," he said.

On Nov. 21, the South Korean Military Manpower Administration also addressed the matter. “On the request that the exemption needs to be expanded to pop artists like BTS, which has raised national image, we decided not to waiver military service," the administration said, according to Korea Herald's Kpop Herald.

While the debate surrounding which South Korean artists deserve to be exempt from serving in the military is longstanding, BTS' recent meteoric rise to international superstardom (on top of their eldest member, Jin's, impending 28th birthday requiring him to enlist in 2020) has made them somewhat of a "face" for the debate — seemingly, against their will.

An insider close to Big Hit reportedly told Osen News BTS wants nothing to do with the debate, as they are apparently eager to fulfill their military duty. According to a translation by the fan account @Charts_K, the insider said BTS and Big Hit are "troubled by third parties speaking on behalf of them or using their name for headlines regarding it, making it seem like they requested it when they have never asked for exemptions." Big Hit did not respond to Elite Daily's request for comment on Osen's report.

BTS' members have opened up about their future military duty in the past. In an April 2019 interview with CBS Sunday Morning, Jin had this to say about the prospect of enlisting: “As a Korean, it’s natural and someday, when duty calls, we’ll be ready to respond and do our best."

With the impending reality their faves will have to put music on hold to enlist (K-Pop stars usually enlist as public service workers and serve around 21 months), some ARMYs have expressed hopes BTS would be exempt. But, overall, fans just want everyone to keep their noses out of BTS' personal matters like enlistment. Their name constantly being associated with the debate could give the impression they're trying to avoid reporting for duty when that's just not the case.

There's no need to obsess over when the boys will enlist because, according to Osen, Big Hit and the members will announce when they intend to enlist when the time comes.