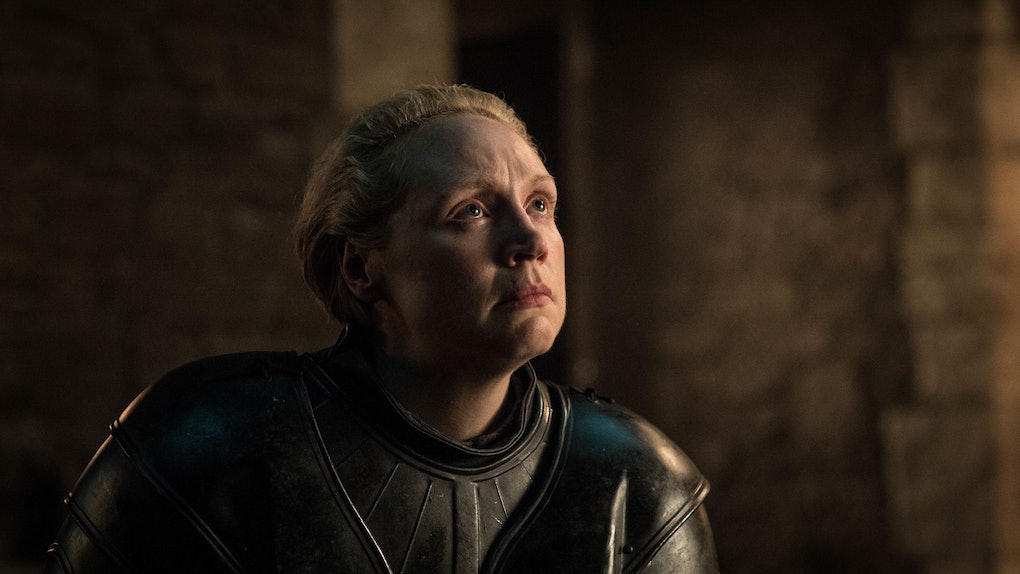 Will Brienne Die In 'Game Of Thrones' Season 8 Episode 3? Fans Are Getting Worried

Game of Thrones Season 8 spent the first two episodes taking it nice and slow, spending time with characters as they exist at Winterfell. These vignettes in which little happened, and yet everything seemed to happen, were reminders to the audience what the stakes are for the coming battle, and how many of these beloved residents of Westeros won't live to see the end of the story. But after the second episode, fans are waking up to the horrible fates some might face. Will Brienne die in Game Of Thrones Season 8 episode 3? Considering the trailer for next week, it might be her last.

Season 8 Episode 2 did reveal the title until after the episode aired. It was "A Knight of the Seven Kingdoms," which, as fans now know, was a major spoiler for the installment's emotional highlight. In it, Brienne is knighted by Jaime ahead of the Battle of Winterfell.

This may seem like a routine duty, handing out titles to those about to lead men into battle. But in this case, it was not. It was a moment of recognition and respect for a character who has been denied both her entire life, given to her by the man from who she craved these things the most.

This moment is everything Brienne's ever wanted in life, despite her insistence she doesn't. One of the reasons fans love Brienne so much is they recognize her self-abnegation, her refusal to admit to herself her longings for anything since she knows chances are, she'll never have them.

From Renly to Jaime to knighthood, Brienne has told herself she never wanted it, as a way to emotionally protect herself from the world's refusal to give them to her. But when Jaime begins to knight her, her face says it all. For just one moment, before the war starts, she has just had a dream come true.

No wonder viewers are terrified of what's to come when the sun rises. When someone in Westeros has something that precious bestowed on them, it's only a matter of hours before the story takes it away. The trailer for next week suggests Brienne will be a shambling wight before too long.

Prior to the scene where Jaime knights Brienne, the two of them discuss tactics for the coming fight, with Jaime noting Brienne is leading the left flank, which is good ground and the rise of the hilly terrain giving the troops a small, but perhaps crucial advantage over the oncoming waves of wights heading in their direction.

However, fans have seen the way wights fight at Hardhome, and Brienne and her troops have not. The unnerving way they just pour themselves over hill and dale would be unnerving enough to well-trained soldiers like the Unsullied. For a ragtag army of Northerners, it could break their formation out of sheer terror.

Will Brienne live to see another dawn? Or will she join the Night King's ranks before too long? If the latter happens, the Night King better have a horse and White Walker promotion at the ready for Ser Brienne. If the Living can put respect on her name, the Dead better well follow suit.