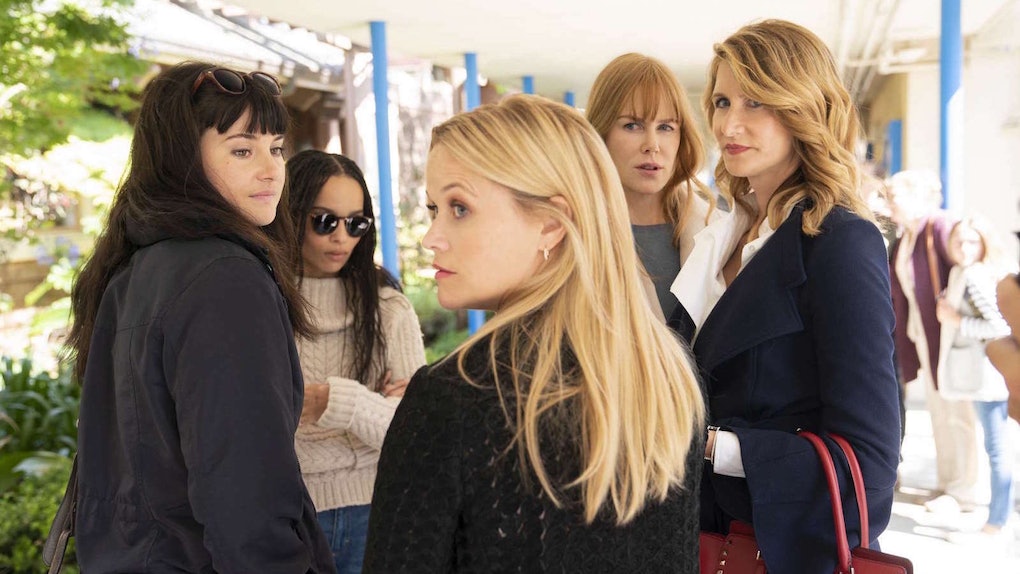 As Season 2 of Big Little Lies draws to a close, HBO president Casey Bloys told TVLine that although the network would jump at the chance to make another season of the prestige drama, a third season is likely too complicated to come to fruition. The main obstacle in making another season, according to Bloys, is the highly demanding schedules of the show's lead actors.

I love this group of people – I would do anything with them. But the reality is, they are some of the busiest actresses working in Hollywood ... I just think it’s not realistic. Look, if they all came to me and said, "We worked out all of our schedules!" – then sure. But I just don’t think it’s realistic.

That reason should not come as too much of a shock to anyone, considering Reese Witherspoon, Nicole Kidman, Meryl Streep, Laura Dern, Zoë Kravitz, and Shailene Woodley are six of the most in-demand actors working in the film industry today. Although, the response does seem to ignore another big roadblock to making a third season: the story. The major reason that Season 1 of Big Little Lies was originally intended to be its own mini-series was because it was based on the novel of the same name by Liane Moriarty, and the season covered the whole plot of that book. When the series was surprisingly renewed for a second season, Moriarty revealed that she was penning the sequel story to continue the plot of her novel. As was the case at the end of Season 1, there is no more source material for the show to go off of after Season 2 ends.

Then again, the Big Little Lies team already defied the renewal odds once before, so who is to say they won't do it again? The main cast was just as in-demand after the first season aired, and there was no more story left to tell from the source book after that season ended, but the cast still made a second season happen.

While there may still be some hope for a Season 3, Casey Bloys is certainly making it sound extremely unlikely. He even prepared fans for the end of the show by saying, "Season 2 was a chance for everyone involved to end [the franchise] in a way that feels satisfying." I guess we can take comfort in the promise that the Season 2 finale will feel satisfying, since it sounds like it will also be the series finale. The Season 2 finale episode of Big Little Lies will air on HBO on Sunday, July 21.

More like this
The 'A Million Little Things' Season 3, Episode 13 Promo Is A Dose Of Reality
By Umber Bhatti
Could A Jackson & April 'Grey's Anatomy' Spinoff Happen? Sarah Drew Loves The Idea
By Abby Monteil
When Will 'Riverdale' Season 5 Return In 2021? Its Mid-Season Break Is Long AF
By Rachel Varina
Stay up to date