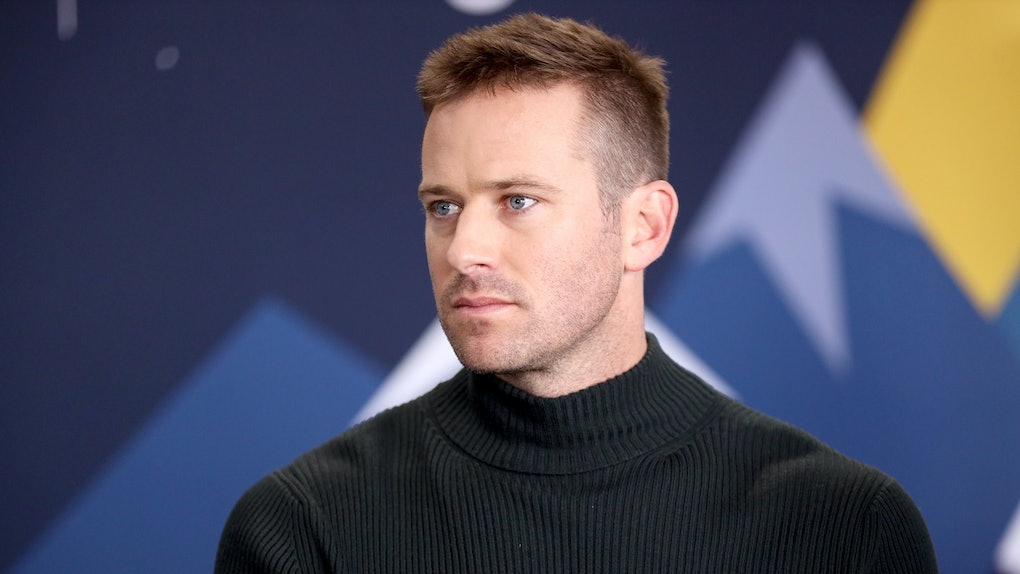 Ever since the loss of Batfleck, it's been back to the drawing board for the DC Extended Universe. Ben Affleck, at 46 years old, made a great grizzled, world-weary Batman. However, word was the standalone feature currently entitled The Batman is the script called for a younger version of the character. How much younger is still to be determined, but this has lead to actors rumored for the role as young as 21 and as old as 39. Landing right in the middle is Armie Hammer at 32. Will Armie Hammer play Batman? Rumor has it he's deep in talks for the part.

Hammer's first significant role was in The Social Network playing both Winklevoss twins. But fans really sat up and took notice when he appeared as Illya Kuryakin in 2015's The Man from U.N.C.L.E., playing opposite Henry Cavill. Not only was it incredibly sexy, but his chemistry with Cavill made the film a far more fun spy thriller than anyone expected.

Cavill currently holds the role of Superman in the DCEU. Though there have been some rumors of his departure along with Affleck after the critical bombs of Batman v. Superman and Justice League, co-star Jason Momoa insisted during the Aquaman press tour these stories were false.

Putting Cavill and Hammer back together as a pairing in Justice League would be one of the smarter notions the comic franchise has had so far. The Man From U.N.CL.E., one should note, was produced by Warner Brothers, the same studio also in charge of the DCEU. Why not re-team the two of them up and make magic?

It is also notable Warner Brothers considered Hammer for the Batman role before, back in the mid-aughts, when the company was thinking of doing a standalone Justice League movie before the whole concept of a "franchise universe" was on the horizon.

While fans might thrill at the idea of a Hammer-Cavill Batman-Superman team up, just as many fans are pushing back, saying a thirty-something-year-old Batman is younger than Affleck by a decade, but it's not that much younger.

A few reporters, like The Wrap's Gonzalez (above), are insisting all this is nonsense. It's notable, though, the studio isn't putting out a rebuttal to the story. Hammer, naturally, demurred when asked, insisting he didn't think he was up for consideration, but anyone in secret talks for an A-list level role like this would do the same. Without any sort of confirmation one way or the other via Warner Brothers, fans will currently have to take his word for it:

No one who can actually give me the job has asked me if I’m interested. I don’t even know if they are done – they are still working on a script. I don’t think that they are close to production but I can conclusively tell you that no one has checked my availability, which is a bummer.

The Batman, whomever he may be, is currently expected to arrive in theaters on June 25, 2021.