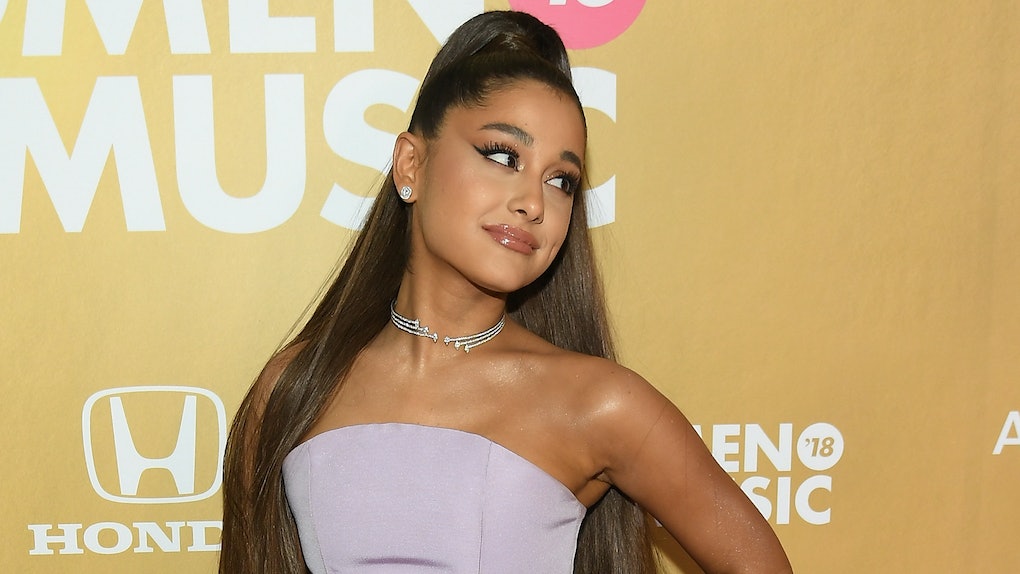 Will Ariana Grande Be In The 'Wicked' Movie? She's Reportedly Being Considered

Ariana Grande may be defying gravity in a major way pretty soon. The pop star has long been a vocal fan of the hit musical Wicked for years, and now that the stage show is finally getting a big-screen adaptation, its composer is hinting Grande could be in the running for a lead role. So, will Ariana Grande be in the Wicked movie? Nothing is official yet, but it certainly sounds promising!

The exciting casting possibility comes straight from Wicked's composer Stephen Schwartz, who talked about Ariana Grande in a recent interview with Gay Times. Schwartz is currently working on Universal's film adaptation of Wicked, which was originally slated to hit theaters at the end of this year, but has since been pushed back to a 2021 release date. Although Schwartz noted it is still a bit early in production to nail down casting at this point, he heavily implied that Grande is being "seriously considered" for a part in the movie.

The Wicked movie is not quite far enough along yet for us to really be talking about specific casting, but obviously everyone is very aware of the presence in the world of of Ariana Grande and her extraordinary talent. We’d be fools for her not to be being seriously considered. Ultimately it won’t be my decision, Stephen Daldry is our director and he will have a lot to say about the casting, as will Universal and the studio. But, as I say, let’s just say that all of us are very aware of Ariana Grande.

Before becoming one of the biggest pop stars in the world, Ariana Grande got her start in musicals, and has been vocal about her love of the musical Wicked in particular for years. Last year, Grande performed "The Wizard and I" on NBC's live concert event celebrating the show's 15th anniversary.

So, it definitely sounds like Ariana Grande is being eyed to lead the upcoming Wicked movie, but that still leaves fans wondering a major question: Which role could Grande be cast in?

The musical famously tells the origin story of the two iconic witches from The Wizard of Oz, Elphaba and Glinda, before they became the Wicked Witch of the West and the Good Witch of the South, respectively. While Grande sang one of Elphaba's songs in Wicked's anniversary special, the singer's incredible range in higher octaves also makes her a perfect pick to play Glinda, the role popularized by Kristen Chenoweth. It is not immediately clear which of these roles Grande would be considered for, so fans will just have to keep waiting until they get more news about the movie.

Ariana Grande is currently on her Sweetener World Tour, which has spanned nearly all of 2019. The tour is set to conclude right before the end of the year, which will hopefully free up enough time for the singer to officially join the Wicked cast whenever production begins. Wicked is slated to premiere in theaters on Dec. 22, 2021.