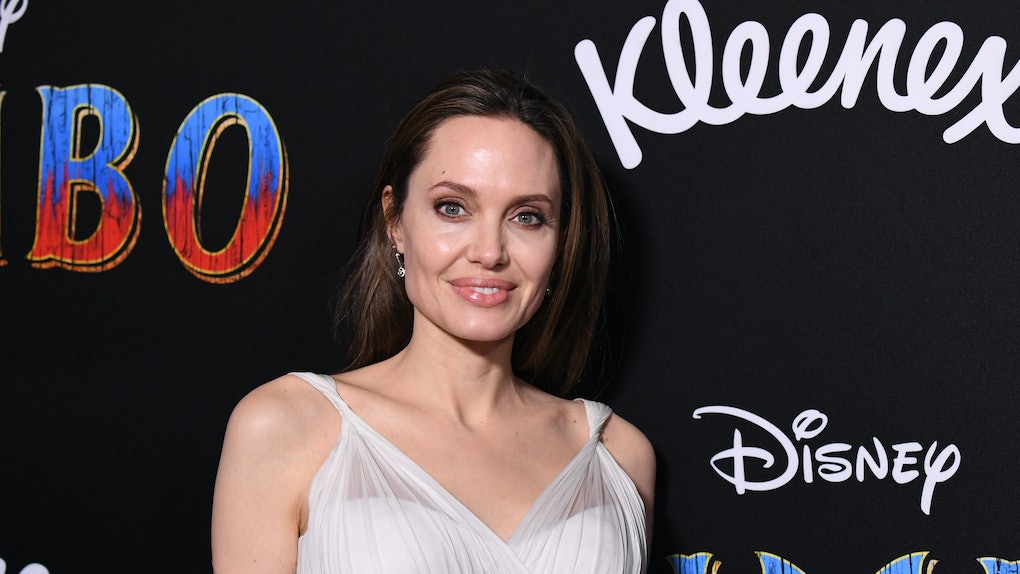 Will Angelina Jolie Be In Marvel's 'The Eternals'? Fans Are Geeking Out

As evident by the sprawling cast in the upcoming superhero mashup Avengers: Endgame, Marvel is no stranger to taking on A-list stars for its big projects. However, actors that sign on to portray the newest heroes are usually coming straight from other major career milestones or periods of great popularity. Seeing a more low-key (but still well-known) actor in a Marvel movie is less common, but that might change soon. Will Angeline Jolie be in Marvel's The Eternals? After spending the past few years working behind the scenes on movies, the star is reportedly in talks to appear in the newest superhero tale.

According to Deadline, Jolie is discussing the possibility of starring in the Marvel Studios film The Eternals, which is such a new project that IMDb doesn't even have its release date pegged. The movie's official plot and characters are unclear, but the Eternals comic book series first debuted in 1976. Taking place millions of years ago, the story introduces the titular group as humans who were the subjects of aliens' genetic experiments. The aliens succeeded in transforming them into the Eternals, dubbed "super-powered individuals" by Deadline, and the Deviants, villains who battle the Eternals throughout time. Eventually, the Eternals leave Earth to live among the stars.

Anyone who has read a celebrity magazine in the last decade knows that Jolie is a globetrotter, but apparently she may reach space next.

Directed by Chloé Zhao, The Eternals has floated through enough development stages that promising hints at character descriptions have previously hit the internet. In late 2018, the website That Hashtag Show published character breakdowns for The Eternals, introducing an extensive list of possible appearances the movie may include. Based on fans' opinions, Jolie is a natural fit for the character Sersi, an Eternal who wishes to live among humans.

Another Hashtag Show report claimed that The Eternals was aiming to begin production in September 2019. This filming would commence several months after Marvel Cinematic Universe's Phase 3 of movies finally concludes with the April 2019 release of Avengers: Endgame. The scheduling also means that fans can likely expect to see a finished version of The Eternals by late 2020, making it one of the earliest additions to MCU's Phase 4.

The fourth era of the movie studio's world is slated to branch away from stories about Marvel's original superheroes and focus more on new faces, as well as characters introduced in recent years. In addition to exploring new territory through projects like The Eternals and Shang-Chi, Phase 4 is expected to include sequels to Black Panther, Doctor Strange, and Spider-Man: Homecoming. Marvel's latest chapter inevitably means plenty of new actors joining its family, but who would've thought Jolie could become a Marvel figurehead?

Nothing is set in stone, but when rumors of the Oscar winner's casting emerged, fans took to Twitter to share their thoughts. It looks like there's no better way for Jolie to potentially make her superhero debut than taking on a role in The Eternals.

We'll have to wait and see how this casting speculation pans out. Until then, we can catch up on how the other Marvel heroes fare in the epic Avengers: Endgame, hitting theaters on April 26.