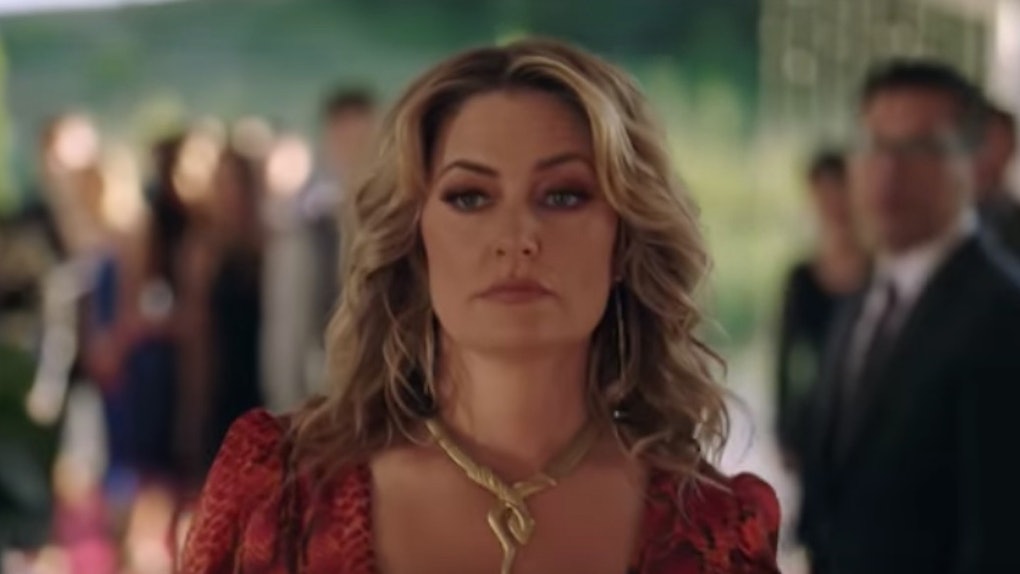 Will Alice Cooper & F.P. Jones Hook Up On 'Riverdale'? This Actor Wants To See It Happen

What's almost just as exciting as #DarkBetty? Dark Alice. Or, shall we just call her badass Alice, tequila shot downing Alice, or walk-in-to-the-party-owning-everything Alice? Betty's mom was a pesky foil to her daughter and friends last season, but now that we're seeing a whole different side of her emerge from the shadows, we're so in. Will Alice Cooper and F.P. hook up on Riverdale now that she's somewhat embracing her bad side? Even actress Mädchen Amick sounds like she's into her character developing a closer relationship with Jughead's Serpent dad. And we don't blame her.

We all know by now that Alice Cooper has a wild history under her preppy belt. The mug shot. Her secret pregnancy. The Serpent ties. "Snakes don't shed their skin so easily," F.P. said to her previously. She just keeps that side of her hidden away. Until now. This week in "House of the Devil," we watched her shed her uptight skin in more ways than one. She rocked black lipstick, let her hair down, and sauntered into the Serpent bar for F.P.'s retirement party like she owned the place, ordering drinks like no biggie ("no worm"), and hangin' with her daughter like they're just two BFFs at a White Snake concert. We like this Alice. More, please!

Turns out Alice also makes jokes. "Is it true what they say about men who have just been released from prison, F.P.?" she asked him. "That they are incredibly frustrated?" Flirting much? At that point I blushed for Betty's sake and let out a "mooom" as if I were embarrassed by my own parent. Who is this Alice? Were her interactions with F.P. hinting at a potential fling? *Crosses fingers*

Amick weighed in on their future to TooFab, saying,

I think that it could definitely be foreshadowing something, but I think really more than anything, it's speaking to their past which will slowly be revealed as we go ... They have a lot of history together both being Serpents and they both may have deeper ties that we will see in future episodes.

She also explained, "We also haven't seen too much of Alice and F.P.'s characters together and I just love getting in and getting to play with other great actors so I'm really looking forward to a lot of really good stuff between us in the future."

Squeal. We're not the only ones who want to see these two explore their undeniable spark. Much of #Riverdale Twitter is all for it.

Even Camila Mendes knows what's up.

#Falice, #Fpalice, #Alfp. Whatever you call it, it's probably gonna be good. Hal Cooper is one of the show's weakest links personality-wise, but maybe he'll redeem himself in the future, too...

Alice Cooper certainly has more than a few skeletons in her closet, and one of them is about to come to light in a big way. If you've been paying attention at all to what's to come on Riverdale Season 2 you know that her son and Betty's long-lost brother is going to be joining the show.

"Alice is finally reunited with her son, and that's a huge moment for her because she's always regretted that she gave the baby away and he was basically taken from her," Amick told Hollywood Life. "But Alice Cooper just wants to keep everything perfect. She doesn't want to lose track of that idyllic, perfect family household, so that creates some complications within the Cooper family and the town of Riverdale."

No matter what happens, we're just hoping we'll get to see more of #SerpentAlice and her sweet shaggy mane of secrets. If the writers give the people what they want, maybe F.P. will be by her side.