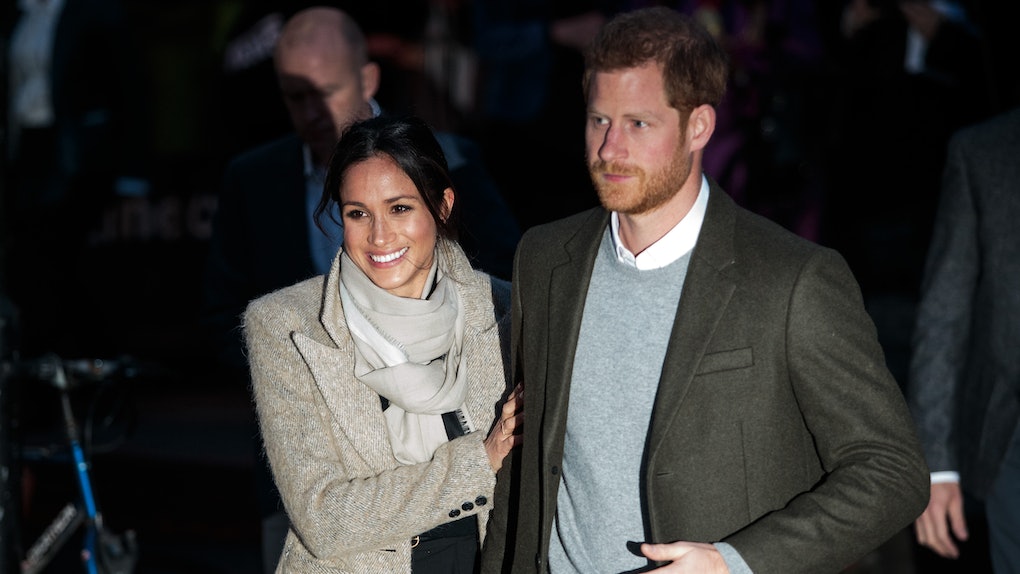 Why Do We Love The Royal Family? Science Says Our Fascination Is Simply Human Nature

Do you remember where you were when Prince William married Kate Middleton? Because I do. I remember streaming the momentous occasion on my laptop in my high school's study area in between classes, with all of my friends huddling around to get a better look. I remember this moment better than I remember most of my own personal milestones, which raises an obvious, but nonetheless kind of concerning question: Why do we love the royal family so damn much, especially since they have nothing to do with American lives?

As it turns out, there's nothing all that unusual about Americans having a borderline intense relationship with England's royal family. In fact, a recent study conducted by Tara Emrani, Ph.D., a licensed clinical psychologist at NYU Langone Health, might hold the scientific answers for why we love that British crew so freaking much. According to Emrani's study, our love for the royal family boils down to a far more essential, biological instinct than one would initially think: It's just human nature. Our love for the royals is based upon a fundamentally human desire to be social and to pay attention to people we both admire and understand.

The royal family is the perfect combination of relatable and enviable, and that leads to an almost universal obsession with them as a family.

Humans are social animals, Emrani told HelloGiggles, which means a happy and content lifestyle is all about being socially interactive. "We kind of like to grow as a group," she explained. "We survive better in the context of a group than by ourselves... and it is our nature to identify individuals in the group that are one-of-a-kind for skills and uniqueness that precedes our own.”

Here's where the royals come in: Although they are (obviously) not exactly everyday people, the royal family provides us with portals into their lives that make us feel like they're just like us, like we actually know them and understand them.

You have to admit, even though our lives are so different from theirs, the royal family can often seem as regular and approachable as your next-door neighbors.

We pay attention to the royal family in the same way we pay attention to celebrities in our country. The reason why Kate Middleton's clothing often sells out in stores is the same reason why the Kardashian family runs such successful businesses, according to Emrani: We look to our "superiors" for clues on how to go about our daily lives, not unlike the way Romans looked to Caesar for guidance. While I wouldn't necessarily agree with the idea that the Kardashians are "superior" to the rest of us, the sentiment definitely still rings true.

The notion of a royal family that's actually "normal" — that would actually create a Twitter account in the first place for anyone and everyone to follow — is a very new phenomenon, according to an InStyle interview with licensed clinical psychologist Donna Rockwell.

It dates back to Princess Diana, Rockwell explained. She told InStyle,

For hundreds of years it’s been like a fairy tale...[but] when Princess Diana became a princess, that allowed the royal family to burst into a level of celebrity they never experienced before ‘cause here was a commoner who got there.

And with the advent of social media, this access into the lives of the royal family is even more readily available.

At long last, we no longer have to be ashamed of, or hide our obsession with Harry and Meghan, or William and Kate. It's just in our nature, guys. We simply can't help ourselves.