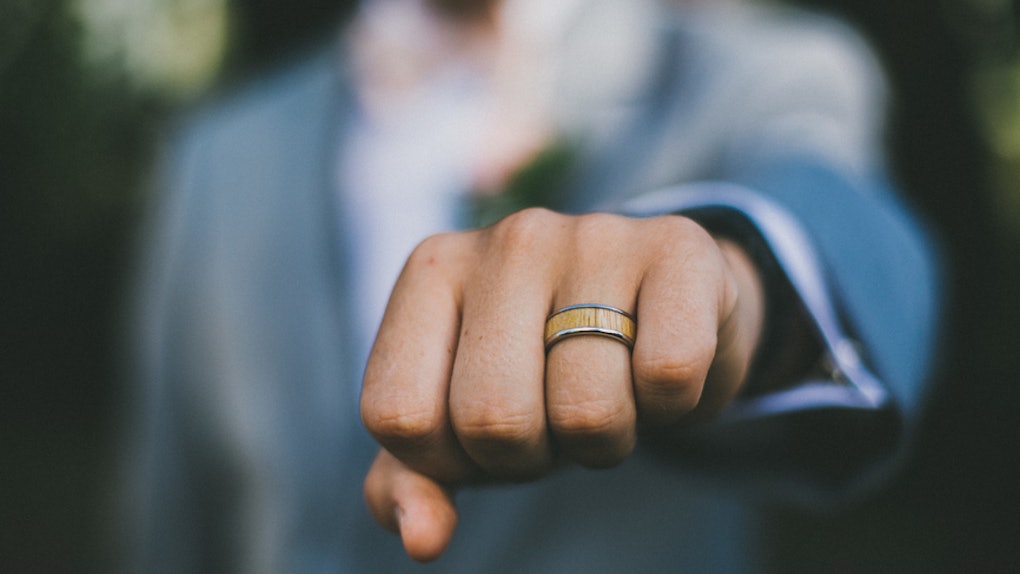 Why Do Guys Not Want To Get Married? Here Are 12 Pretty Sad Reasons From Real Guys

So let's say you've been dating this person for a few years now. As far as you're concerned, they're "the one." They're the person you want to spend the rest of your life with, the person you want to have a family with, and, for you, part of spending the rest of your life together involves marriage. All your friends are getting married, Prince Harry is getting married, and now, you can help but wonder when it's your turn. You ask them, and to your dismay, they say they never want to get married. But why don't people want to get married?

Well, I can't speak for your person, but a recent Reddit thread asked men to explain why they don't ever want to get married. BRACE YOURSELVES for these guys' responses, because these are honestly pretty sad. From troubled family lives to watching friends go through the pain of divorce, these guys have all sorts of heart-wrenching reasons as to why they never want to tied the knot with someone. Of course, there are some dudes who just don't want to get married for no real emotional reason at all, for the most part, these guys got SUPER real. Here we go, people. Are you ready?

This guy saw too way many divorces in his lifetime.

I watched others get divorced. Including my parents.

This guy already had one terrible engagement experience that soured the idea of marriage for him.

got engaged, picked and paid for place , she broke up with me 6 months before wedding. Wont do that again

This guy just doesn't have the urge anymore.

im getting older and i dont feel any urges to settle down, maybe its just not for me.

This guy recognizes he is too selfish to take care of someone else in the way he should.

Selfishness. I don't really think I would take care of a woman right anyway.

This guy was already married before... and apparently, it didn't go well.

I was married once. Never again.

This guy has seen too many miserable married couples out there.

Seeing other married couples and the all too common expression of quiet desperation on the husband's face.

This guy just sees no benefit to it.

zero benefit to me, only oceans of cost, risk and exposure.

This guy doesn't think marriage will do anything to help his relationship.

I dont see the point. I can have a perfect relationship without marriage.

This guy's parents' divorce scarred him.

Watching my parents get divorced

This guy sees marriage as a gamble.

I don't like to gamble and then lose half of my stuff.

This guy has never seen a marriage end happily.

Seeing just about every marriage i've ever seen end horribly, or the people in it are just miserable.Have a couple friends that are married and seem happy and even then they give me the "don't ever get married" line.

Too much risk of being screwed over by the family courts system (in the US).

Next time your boyfriend or partner says they doesn't believe in marriage, cut them some slack and at least hear where they're coming from. You never know what their reasoning could be.