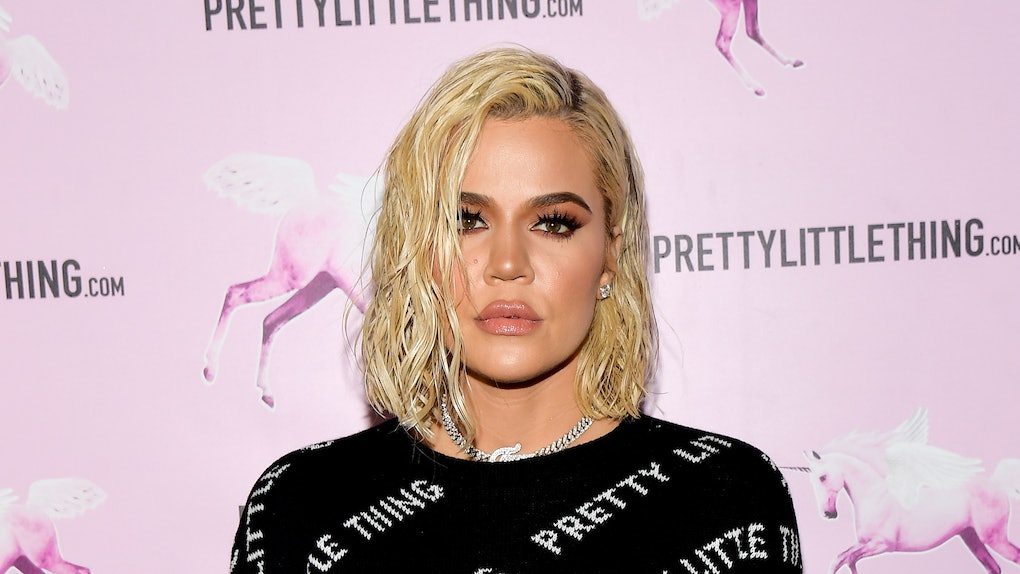 Why Did Khloe Kardashian Turn Off Her IG Comments? She Was Getting Backlash Over This

The Kardashians are getting a lot of separate, but similar, heat over their Instagrams lately. Where Kim Kardashian and Kylie Jenner have been accused of copying Naomi Campbell's runway looks without crediting the model, Khloé and Kourtney Kardashian have been accused of Photoshopping their photos. The backlash Khloé Kardashian has faced this week has seemingly made her make a big change to her Instagram account. So why did Khloé Kardashian turn off her IG comments? It's seemingly all about Photoshop accusations. Don't worry, Kardashian hasn't turned off the comments on all of her posts. It's just one post in particular, but the apparent reason why is certainly head-turning.

On March 25, Koko posted a photo of herself in a white blazer looking glam. Fans were saying that her face looked too Photoshopped in the photo. Now, even if Kardashian did alter the way she looks in the photo with the help of edits, that's her prerogative to do so. She can post whatever she's comfortable with posting. But there is something to be said about the beauty standards the Kardashians as a whole adhere to, and the possible implications that altering your appearance in photos could produce, especially for their impressional and young fans.

Rather than comment on the Photoshop accusations, Kardashian opted to just turn the comments off on this photo.

She captioned it "Dark Room." The photo clearly has a lot of filters on it, and fans were arguing that her face looks different than it normally does. She then posted a photo of some crystals that she also disabled the comments on.

On March 18, she was also accused of Photoshopping these photos in which she's channeling Marilyn Monroe.

People in the comments section were saying things like, "Girl calm down! Facetune is getting out of hand," "A Marilyn Monroe vibe would be with no filter as she never used them or needed them," and "Can you post Normal pictures not 1000xedit."

Again, Kardashian can edit her photos to her heart's delight if she so chooses. But apps like FaceTune and Photoshop do help people alter their appearance to something they feel they should look like rather than what they naturally look like. I don't blame Kardashian (if she did edit these photos) for doing so. We've all had (sometimes many) moments where we don't feel comfortable posting online unless we feel we look perfect. It's one of the effects social media has had on our culture.

"So beautiful, but can you also twinkel [sic] without make-up and hairstyle?" one user asked.

"Of course I can! I feel fabulous either way!" Kardashian replied. "I just love some glam. Nothing wrong with one who loves glam or one who loves no glam. Our differences make the world go ’round, babe." Fair.

Even between the white blazer photo and the Marilyn photos, that wasn't all of the Instagram backlash Kardashian has been receiving this month.

The Good Place actress Jameela Jamil commented on one of Kardashian's sponsored posts in which she's pushing for her followers to purchase meal replacement shakes from Flat Tummy Co.

Kardashian posted a picture of her showing off her abs in a mirror and said,

Jamil, who fervently claps back at a good deal of these Kardashian "detox" ads, commented on the post saying,

If you're too irresponsible to: a) own up to the fact that you have a personal trainer, nutritionist, probable chef, and a surgeon to achieve your aesthetic, rather than this laxative product...And b) tell them the side effects of this NON-FDA approved product, that most doctors are saying aren't healthy [...] then I guess I have to. It's incredibly awful that this industry bullied you until you became this fixated on your appearance. That's the media's fault. But now please don't put that back into the world, and hurt other girls, the way you would have been hurt. You're a smart woman. Be smarter than this.

Jamil makes a fair point. There isn't scientific proof that backs up the purported effects of these diet fads the Kardashians are paid to promote. Dietician Alexandra Parker said in a 2017 interview with Huffington Post that "the theory that we need to follow a specific diet to help our body eliminate toxins is not supported by nutritional science."

And the family is rolling in so much money that they can all afford their own personal trainers and stick to their own personal nutrition plans. To imply that the meal replacement shakes are what help them stay fit is misleading and not proven to be healthy.

Kardashian's comments on her latest post have been enabled. It's a photo of her and True smiling at each other, but Kardashian is clearly willing to turn off the haters whenever she deems necessary.