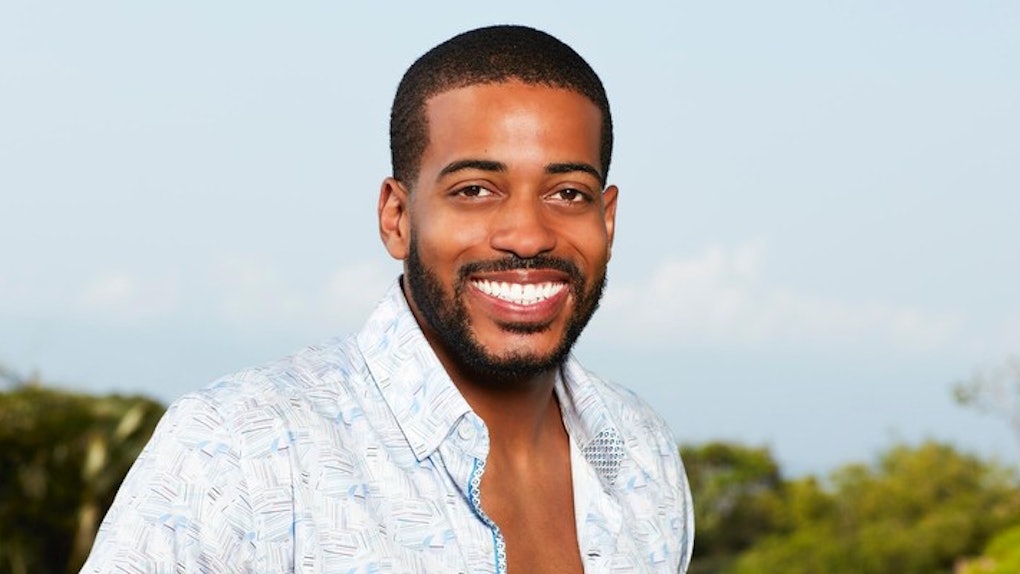 Why Did Eric Leave 'Bachelor In Paradise'? Bachelor Nation Is Honestly So Confused

When you're on Bachelor in Paradise, you have to go in having some idea of what you want. But Eric is not exactly there yet. As nice as the guy is, he seems extremely wishy-washy when it comes to committing to a relationship on the show. In a huge twist, Eric decided to leave the show. So, why did Eric leave Bachelor in Paradise? Well, in short, he regretted letting a good girl go!

In the time he's been on the show, Eric has explored his romantic options with Angela and Cassandra. While he seemed totally committed to Angela, he ditched her pretty fast to try things out with Cassandra. And then, he left her, too!

Soon after he let Angela slip through his fingers (by giving Cassandra a rose instead), Eric basically broke down and decided to break free of all the pressure on Paradise.

Naturally, he went and told Cassandra how he was feeling. But rather than wait for an appropriate moment to do it, he surprised her while she was sleeping and dropped the revelation on her. Needless to say, Cassandra was super annoyed, but Eric wasn't terribly concerned about that.

Then, Eric decided to let the group know that he was taking his leave from the show.

"I can no longer be here if I'm not fully myself," he told the group.

After having a brief talk with everyone, Eric broke down in tears, telling them that things had been "tough" since Angela left. Meanwhile, he was the one who sent Angela home!

In any case, Eric hopped into the car and left paradise in the dust, tears streaming down his face.

So, that's the end of Eric's journey on Paradise and it's left a lot of fans really confused about where Eric's mind and heart are. Does he want a relationship? Is he ready to commit to anyone? Why did he participate in the show at all?

These are all the questions running through fans' minds right now. Here's what some of them are saying.

Obviously, none of the fans have any sympathy for Eric and his antics. He clearly has some issues he needs to work through and the fans are definitely picking up on that.

He even went as far as to tell Cassandra that she was essentially moving too fast for him because she wanted to "connect" the way that Annaliese and Kamil do. And that was a completely different tune than the one he was singing with Angela. He basically told Angela that she was moving way too slow for him. So, Eric seems to have no idea what he wants or even how to end a relationship properly. I mean, in the span of a few weeks, he dropped multiple girls like hot potatoes because of his obvious fear of commitment.

Long story short, Eric has really thrown a wrench into this show, and now fans are super confused about the whole thing. One thing they're not confused about is that Eric was totally in the wrong about how he handled these situations. Hopefully, he can figure his feelings out.