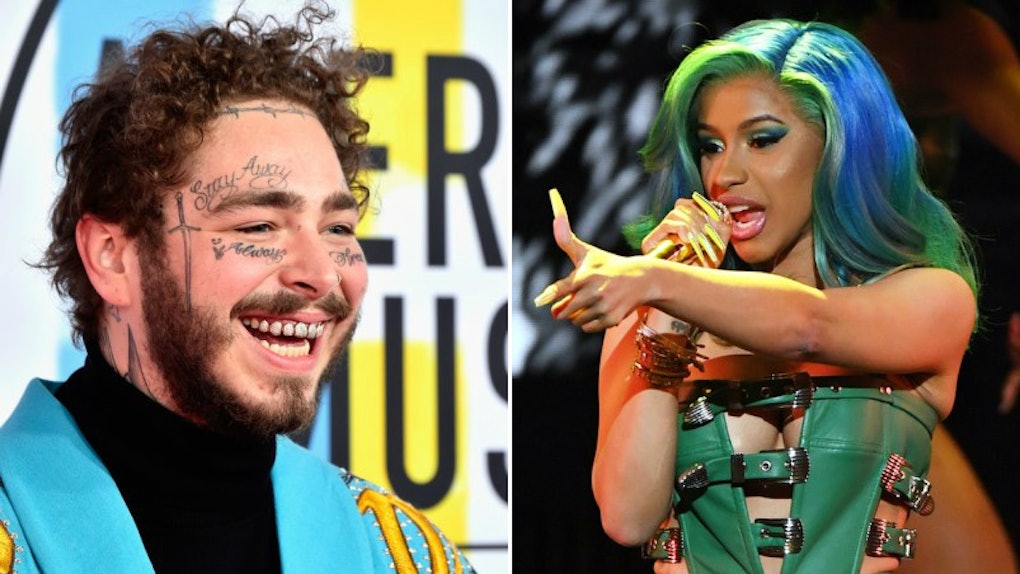 Who's Performing At The 2019 Grammys? Cardi B, Post Malone & More Are Set To Blow Your Mind

On Sunday, Feb. 10, the music world will unite for the 61st Grammy Awards. And let me tell you, it’s going to be a whirlwind of a show! From the awards to the performances, the whole show is bound to be amazing. So, who’s performing at the 2019 Grammys? All your faves, of course!

Now, let’s get more specific. According to Billboard, music fans everywhere can expect some truly spectacular performances from the following artists:

It’s not yet known exactly what will go down during these artists' performances. If I had to take a guess, I’d say they’d be performing their big hits from the past year. So, Cabello might take the stage and give the audience a rendition of “Havana,” and Mendes might get up on stage and sing “In My Blood,” which is nominated for Song of the Year.

Actually, all of these performers are nominated for Grammys, so it’ll be a big night for them! On top of that, it’ll be a night of firsts for some of the artists slated to perform. Cabello, Mendes, Carlile, and H.E.R. will be making their Grammy stage debuts. Plus, Dan + Shay and Post Malone are first-time Grammy nominees this year.

As for the other performers who are nominated, it’s hardly their first time at the Grammys. Cabello, for example, is nominated for Best Pop Solo Performance for "Havana (Live)" and Best Pop Vocal Album for her self-titled album. And Monáe is nominated for Album of the Year for her album Dirty Computer and Best Music Video for "PYNK".

Musgraves, who has won two Grammys in the past, is nominated for four awards. This year, she’s up for Album of the Year for her album Golden Hour, Best Country Solo Performance for "Butterflies," Best Country Song for "Space Cowboy," and Best Country Album. So, she’s put out a lot of great work this past year!

One of the biggest acts of the year, Cardi B, is also set to take the stage. She’s also up for several Grammys this year! Cardi is nominated for Record of the Year for “I Like It,” as well as Album of the Year for Invasion of Privacy, Best Rap Album, Best Rap Performance for “Be Careful,” and Best Pop Duo/Group Performance with Maroon 5 for “Girls Like You.”

All in all, this is a big show for all of these performers. I’m sure they’re super excited and maybe even a little nervous about all the possibilities! No matter who wins, though, there's no doubt that they'll put on some incredible performances.