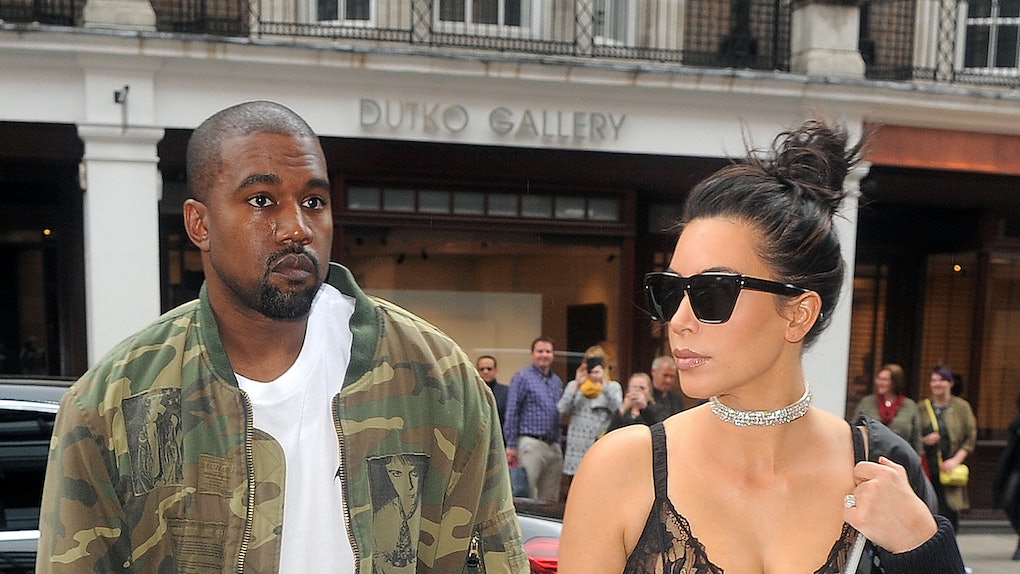 Who Will Keep Kim Kardashian & Kanye West's House After The Divorce? Here's The Deal

After news broke on Feb. 19 of Kim Kardashian and Kanye West's break-up, fans everywhere were devastated. The A-list couple represented an entire era of pop culture, with reality TV celebs morphing into Hollywood and music industry mega stars, and vice-versa. One question stans want to know is, who will keep Kim Kardashian and Kanye West's house after the divorce? The pair designed and built the Hidden Hills home together, and new details about the terms of their split revealed the reported identity of the post-divorce homeowner.

A March 3 TMZ report claimed the house will ultimately go to Kim, where she will continue to live full-time with their four kids. It makes sense, since the Calabasas community is one she and her family grew up in, and still live in today. The family definitely helped popularize Calabasas as a hot location in the media, too, leading to shoutouts on songs and references in pop culture.

Kanye was credited with designing the Hidden Hills home, but the rapper is mostly living in Wyoming these days. Also, Kim reportedly "really likes" the house, so she probably decided just to keep the moving to a minimum and stay put. It works out for everyone, except for the fact that Kanye has to leave all of his interesting architectural work behind. The duo's divorce is reportedly as amicable as can be, though, so he'll probably visit often.

The house in question has gone viral several times for several features and rooms that just scream "meme." First, the house cost the pair $20 million in 2014, and they spent an additional $20 million in renovations. Kim and Kanye's sinks were a hot topic in 2019 after the duo gave a virtual tour of their home, and their kitchen and pantry has always startled the internet. Despite all of its quirks, the home is still beautiful, and both parties likely have a lot of happy memories putting so much love into its design and build.