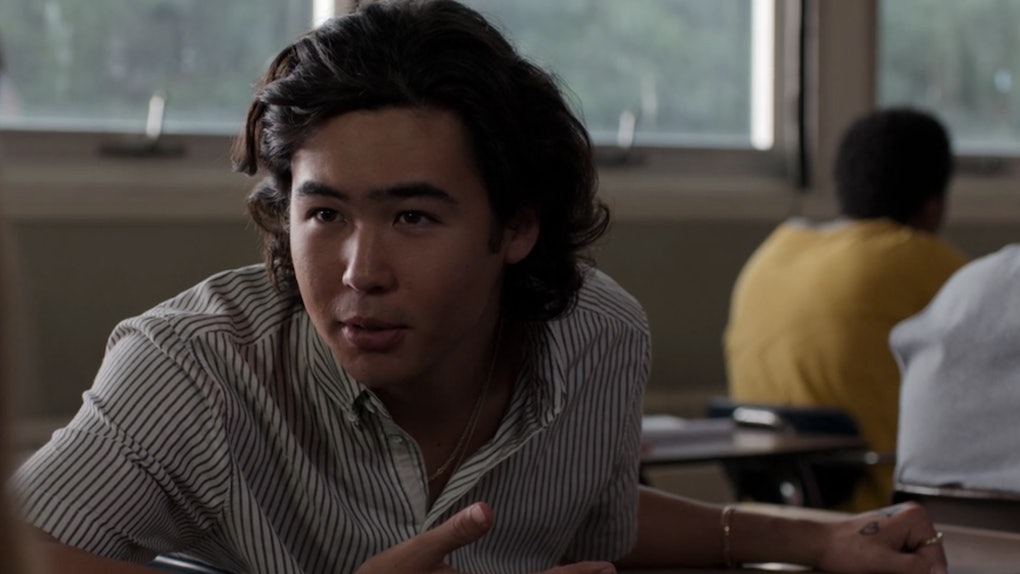 Who Plays Seth In 'Moxie'? Nico Hiraga Is Your New Netflix Crush

Netflix's new film Moxie gave viewers a lot to think about, not least of which being the sweet, supportive, and totally feminist heartthrob of the flick, Seth Acosta. After watching him be the literal perfect high school boyfriend, you're probably wondering who plays Seth in Moxie. Turns out, Nico Hiraga seems to be just as crush-worthy IRL as his character is onscreen.

The film, which is based on a 2017 novel by the same name, isn't your typical teen comedy. When 16-year-old Vivian (Hadley Robinson) decides to anonymously start an old-school zine to vent her frustrations with the patriarchy, she quickly finds herself leading a feminist revolution among her peers. Inspired by her mom Lisa (Amy Poehelr), who spent the '90s as a rebellious riot grrl, Vivian teams up with her confident new friend Lucy (Alycia Pascual-Peña), and together they fight to change the patriarchal narrative at their school.

So, where does Hiraga fit into the mix? He plays Seth, a cute skateboarder who just so happens to be kind, quirky, and completely into Vivian's secret zine alter-ego. He shows early on that he's a feminist in his own right and manages to help Vivian with her goals without overstepping. Remember what I said about him being perfect?

This probably isn't the first time you've seen Hiraga. In 2018, the 23-year-old actor/model/skateboarder appeared in Skate Kitchen, directed by Crystal Moselle. Then, in 2019, he played Tanner (who is, yes, also a skater) in Olivia Wilde's groundbreaking 2019 teen comedy Booksmart.

Fans can look forward to seeing much more from Hiraga soon. He has a recurring role in Amazon Prime's new thriller series The Power starring Leslie Mann and fueled by female creatives. The project is executive-produced by Naomi Alderman (who wrote the book the series is based on) and directed by Reed Morano (who won a 2017 Emmy for The Handmaid's Tale). While there's no release date for The Power as of March 3, the series is currently in post-production. Until then, fans can jam out to Moxie's soundtrack and think fondly of their favorite feminist skateboarding boyfriend.

Moxie is streaming now on Netflix.

More like this
Is Netflix Making A 'To All The Boys' Spinoff Series About Kitty? Here's The Tea
By Rachel Varina
Here's How To Stream 'Nomadland' So You Can Finally Get The Hype
By Rachel Varina
These Tweets About Regé-Jean Page Leaving 'Bridgerton' Are Royal Bummers
By Cianna Garrison
Stay up to date