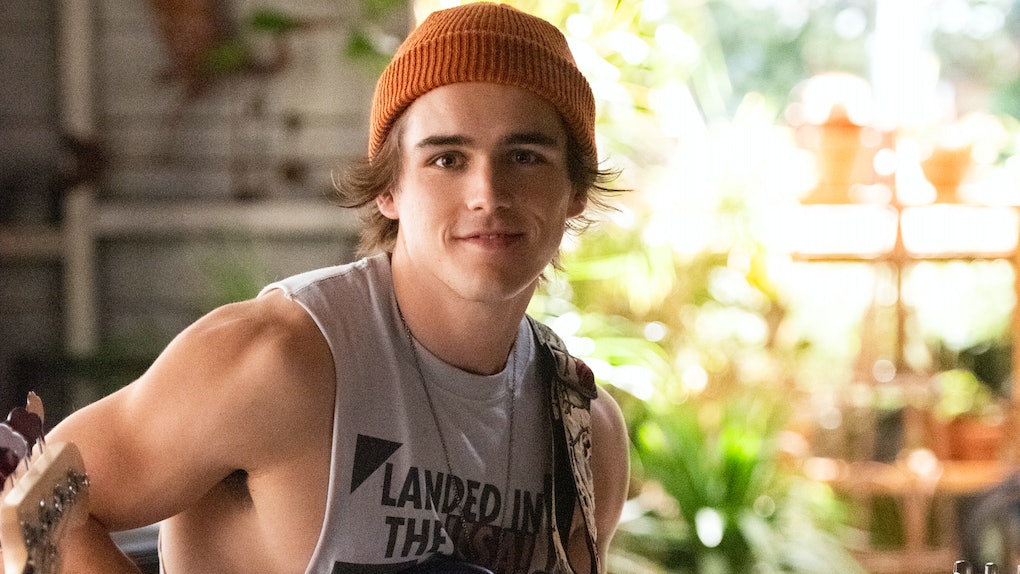 Who Plays Luke In 'Julie & The Phantoms'? Charlie Gillespie Has Fans Smitten

Hocus Pocus had Max, High School Musical had Troy. Now, the director who brought you both of these iconic crushes, Kenny Ortega, is back to introduce you to the next great love of your TV life: Charlie Gillespie, who plays Luke in Julie & The Phantoms. Though the task of following in the footsteps of other swoon-worthy teen stars seem daunting, it seems this newcomer is well suited for the challenge.

The new Netflix series is loosely based off the concept of a Brazilian children's television series, Julie e os Fantasmas, but Ortega made this story his own. The show, released to Netflix on Sept. 10, follows Julie (Madison Reyes), a talented musician struggling to find her voice again after the death of her mother. Luckily for her (and thirsty viewers everywhere), three ghosts who made up a '90s boy band called Sunset Curve drop in to help her rediscover her passion for music. This is where Gillespie comes in.

His character Luke serves as the hunky (ghost, remember, he's a ghost) lead singer of the former band. Naturally, he has all the charms that a mystical rockstar should have — including major musical talent, which is something Julie takes notice of. And while you might think Gillespie has been charming audiences (and stealing hearts) forever, his role in Julie & The Phantoms is actually his biggest acting job yet.

Gillespie has been acting professionally since 2014. Chances are, you've caught glimpses of him before, as he's had parts in Degrassi: The Next Generation, the 2018 Charmed reboot, and the 2019 film The Rest of Us.

But Julie & The Phantoms is his big lead role — and yes, he's really jamming out in the series. The actor plays guitar, bass, trombone, tuba, piano, violin, and saxophone, and he's a singer as well. It seems when he's not landing roles and singing his heart out, he's exploring the great outdoors. Basically, the next Zac Efron has arrived, and I have a feeling just like the former, Gillespie will just keep getting better with age.

Julie & The Phantoms is streaming on Netflix now.