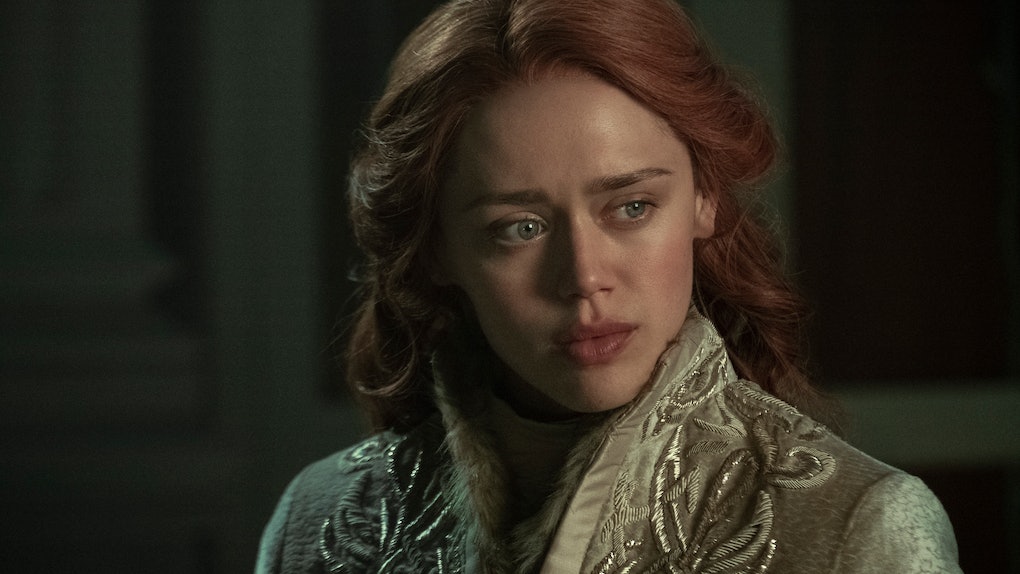 Who Plays Genya Safin In 'Shadow And Bone'? Daisy Head Has Fans' Attention

Shadow and Bone may be filled with magic and fantastical action, but it's the Netflix series' characters that make it a truly rewarding ride. Plenty of supporting players have a major role in Alina Starkov's (Jessie Mei Li) journey as the long-awaited Sun Summoner, such as her tailor and close confidant Genya Safin. If you're wondering who plays Genya in Shadow and Bone, Daisy Head is the woman for the job — and you may have seen her on TV before.

Warning: Spoilers for Shadow and Bone Season 1 follow. Shadow and Bone unfolds in the kingdom of Ravka, which has been torn in half by a monster-filled entity called the Fold. While people with magical abilities known as Grisha exist in this universe, only a mythical Sun Summoner has the potential to obliterate the Fold altogether. After orphan mapmaker Alina demonstrates this ability, she's swept off to the luxurious Grisha palace to train. Although Alina initially struggles to navigate her new home, she soon befriends Genya, a Grisha tailor with the rare ability to modify people's appearances.

Their bond is tested when Alina learns Genya was forced to hide letters to her best friend Mal and spy on her for the secretly evil General Kirigan (aka the Darkling). But the two still clearly care about each other, and after Genya reveals she's been abused and exploited by Ravka's king and queen after Kirigan "gifted" her to them as a child, Alina later finds the courage to break free from Kirigan and fully unleash her inner power. After she encouraged Genya to break free as well, there's a good chance the tailor will emerge as one of Alina's allies in her fight against Kirigan in potential future seasons.

If Shadow and Bone marks your introduction to Head as an actor, you may be surprised to realize you already know one of her other talented family members: Her father Anthony Head is known for playing the iconic role of Giles in Buffy the Vampire Slayer. But even though acting runs in the family, Head makes sure to keep her personal life private. She made one Instagram post back in 2017 to commemorate her starring role on the short-lived Freeform mystery Guilt, but otherwise largely keeps her acting career and day-to-day life separate.

But even without Grisha powers or social media, the actor is turning heads in show business. Before Shadow and Bone, she was best known for playing Kate Quigley in the Hulu series Harlots. Head has also made her mark in plenty of British shows, such as Girlfriends, Doc Martin, and The Syndicate. She's taken on movies, too, appearing alongside Daisy Ridley in the 2018 historical drama Ophelia, and as a Death Dealer in the fifth Underworld film, 2016's Blood Wars.

Fans will have to wait to see where Genya's journey takes her next, but no matter what happens, Head is clearly a name to know.

Shadow and Bone Season 1 is on Netflix now.