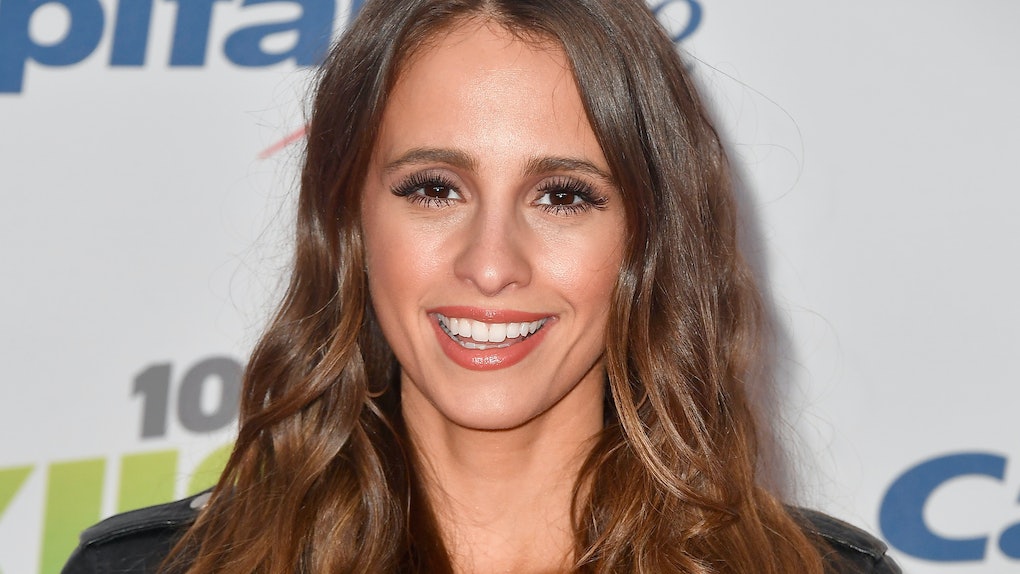 Who Is Vanessa Grimaldi Dating? Josh Wolfe Is Reportedly Her New Bae

Bachelor alum Vanessa Grimaldi reportedly has a new boyfriend! Nearly a year and a half after calling it quits with her ex-beau Nick Viall, Grimaldi has moved on to greener pastures. At least in the romance department! So, who is Vanessa Grimaldi dating? Well, according to a new report from E! News, his name is Josh Wolfe, and he’s an outreach coordinator for an important organization. Elite Daily reached out to Grimaldi’s team for comment on the report, but did not hear back by the time of publication.

According to E!’s report, a source close to the situation revealed that Grimaldi and Wolfe began dating in late 2018. So, their romance is very new, but also very promising.

"They started dating late last year and they met through friends," the source told E! News. "She's very happy and he seems like a good guy."

E! News reports that Wolfe is the Director of Outreach and Programming for the Canadian Jewish Political Affairs Committee in Quebec and Atlantic Canada (CJPAC). CJPAC’s website describes its mission as follows:

CJPAC is a national, independent, multi-partisan organization. Our mandate is to engage Jewish and pro-Israel Canadians in the democratic process and to foster active political participation. We are dedicated to helping community members build relationships within the Canadian political arena.

So, Wolfe is has his work cut out for him! Grimaldi herself founded a special organization called No Better You Foundation that advocates for schools to have “inclusive classrooms, where students with a learning disability have the necessary tools to thrive.” Clearly, Wolfe and Grimaldi have similar professional interests, which is a good sign!

Grimaldi appeared on season 21 of The Bachelor and hit it off with her ex Nick Viall right away. The two got engaged on the season finale of the show, but the relationship didn’t last. Just five months after the engagement, in August 2017, Grimaldi and Viall announced their decision to separate.

"It's with a great amount of heartbreak for the both us as we have decided to end our engagement," they said in a joint statement at the time. “We gave this relationship our all and we are saddened that we did not get the fairytale ending we hoped for. We will continue to be there for each other no matter what. This hasn't been an easy decision, however, as we part ways, we do so with lots of love and admiration for each other.”

According a report from Us Weekly, Viall and Grimaldi experienced personality clashes that their relationship couldn’t survive.

“Vanessa is no pushover. She’s not going to just do whatever he wants,” a source told the outlet at the time. “He’s attracted to that, but it makes their relationship volatile.”

In April 2018, Grimaldi moved on with someone else and shared some info about him (not his name, though) with Dean Unglert on his podcast Help! I Suck at Dating.

Since Grimaldi and Wolfe only started dating late last year, i’m going to assume that the relationship she was talking about in this interview didn’t last too long. Oh well. She’s got Wolfe by her side now. Hopefully she’ll find all those things she mentioned in the interview with Wolfe. The relationship seems promising enough!

More like this
Are Olivia Lux & Utica Dating After 'Drag Race'? Olivia Gave An Update
By Dylan Kickham
Are Demi Lovato & Noah Cyrus Dating? They're Reportedly "Hanging Out"
By Joyann Jeffrey
Who Is Ella Emhoff Dating? She's Reportedly Hanging Out With A 'GQ' Editor
By Corinne Sullivan
Stay up to date