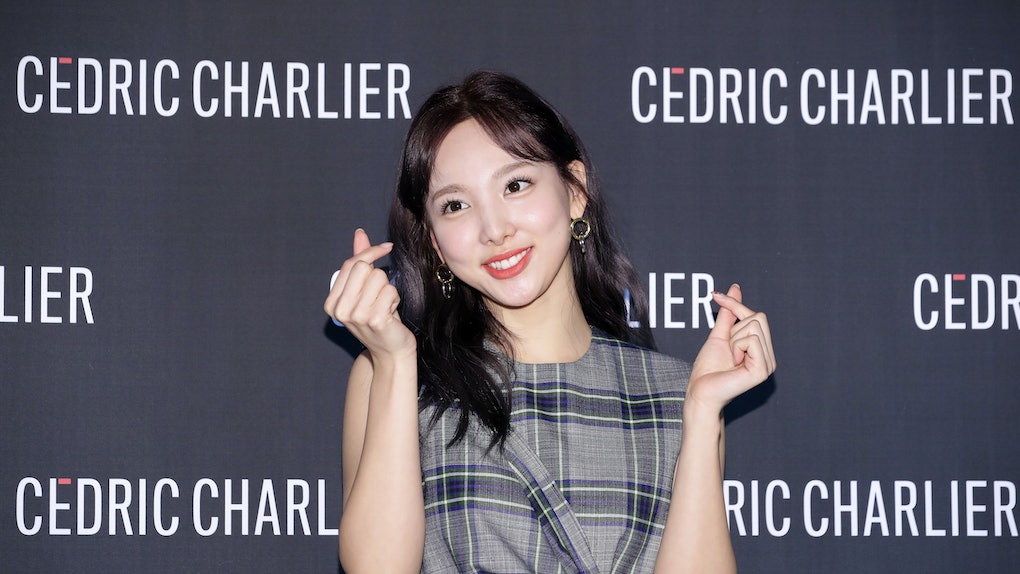 Who Is TWICE's Nayeon? Here's What You Need To Know

It's not everyday you come across a band with nine members. Like, sheesh. Imagine trying to stand out alongside eight other incredibly talented ladies? That's no easy feat. However, each individual member of TWICE is doing it seamlessly, especially Nayeon. These facts about TWICE's Nayeon prove how she is making a mark all her own.

1. Nayeon's Career Had A Rough Start

While Nayeon is an über popular K-pop star now, she almost didn't have a future in entertainment at all. According to Koreaboo, she entered a modeling contest as a child and was ultimately cast by JYP, but her mother refused to let her pursue a career with the company.

10 years later, she secretly entered a JYP open audition and made the cut, but she hit yet another snafu. She was selected to be in JYP's first female group 6mix in 2013, but the group never officially debuted for reasons that were never made public. But all's well that ends well. Because 6mix broke up, Nayeon was able to join TWICE, which I think we can all agree was the best outcome.

2. Nayeon Is The Lead Vocalist, Lead Dancer, & Center for TWICE

TWICE was officially assembled on a reality competition show called Sixteen in 2015 ⁠— yep, like Fifth Harmony and One Direction on X Factor. Nayeon, being the super talent that she is, was the first of the 16 cast members selected to take one of the nine spots in TWICE.

Currently, she is the group's lead vocalist, lead dancer, and center, so clearly she's super talented and plays an integral role in every TWICE performance. Just check out her dance moves in this cute compilation video:

ONCE, aka, TWICE's fandom, are obsessed with Nayeon's smile. Like, it's a popular Google search term (I know this because when I Googled "Nayeon" for the first time ever, her smile was literally the top search term). It makes sense, because she's got the cutest set of pearly whites where her two front teeth are slightly longer than the rest. Fans call her grin a "bunny teeth" smile and there's no denying how absolutely adorable it is.

4. Nayeon Is An Advocate For Self-Care

At the time of publication, TWICE's Mina is taking an extended break to focus on her mental health after she was diagnosed with anxiety disorder. This reality proved to be a wake-up call for Nayeon, who spoke out about the band needing to move at their own pace on Oct. 9 with TIME.

"[Fame] was mentally giving the members a very hard time," she said. "We were also feeling similar anxieties as Mina did, all members were feeling that ... I thought that TWICE doesn’t have to be in a rush when it comes to activities."

To date, TWICE have sold over 6 million albums worldwide. While this number is impressive, Nayeon believes there is so much more to TWICE beyond their marked bubblegum pop sound and cheerful lyrics.

“Not only limited to releasing albums or doing performances, we want to deliver the message,” Nayeon told TIME. “We want to give people positive energy and we also want to comfort people.”

Nayeon's definitely puts that sentiment into action. She is often snapped at concerts interacting with fans and subsequently melting ONCE hearts everywhere. Just look at this fan-captured video from September 2019:

Nayeon is such a gem and TWICE wouldn't be the same without her. Come to think of it, neither would ONCE.

More like this
The Best Movie Soundtracks Were So Good, They'll Live On Forever
By Brandy Robidoux
Here's Why EXO's BAEKHYUN, CHANGMO, & Raiden's "Runner" Is The Perfect T1 Theme Song – EXCLUSIVE
By Michele Mendez
The 'Glee' Cast's Tribute To Naya Rivera At The 2021 GLAAD Media Awards Was So Moving
By Abby Monteil
Stay up to date