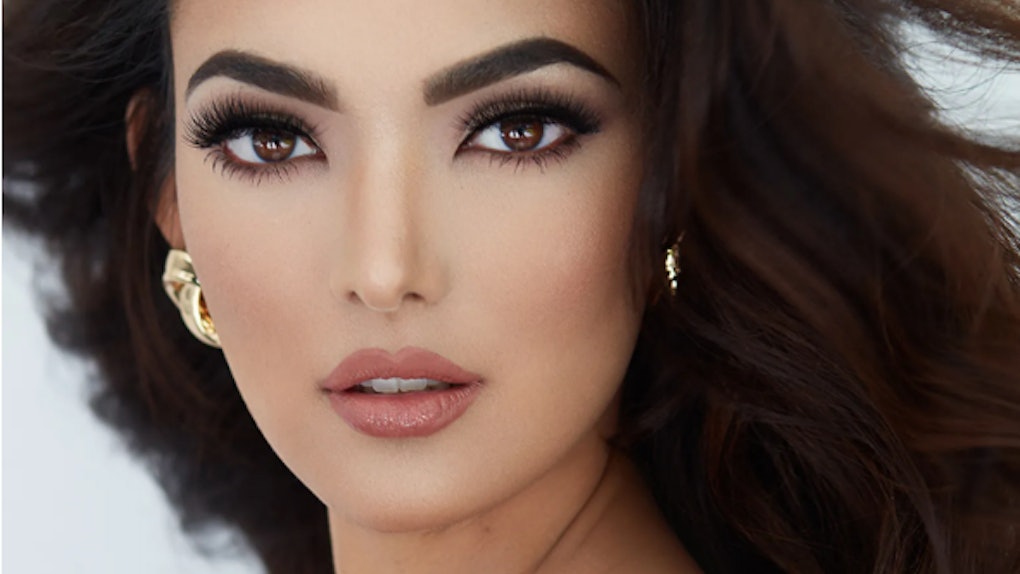 Who Is The Miss USA 2019 Runner Up? Miss New Mexico Alejandra Gonzalez Took The Title

The Miss USA competition only comes around once a year, but what happens during the show truly leaves an impression on those who watch it. This year, there were so many wonderful contestants. Unfortunately for most of them, only a few walk away with prizes. As you’ve probably heard by now, Cheslie Kryst took home the top prize and the crown. But who is the Miss USA 2019 runner up? Well, her name is Alejandra Gonzalez and she’s absolutely lovely!

Gonzalez hails from Las Cruces, New Mexico and she did her city proud with what she was able to do during the competition. Like so many other contestants, Gonzalez was the perfect picture of grace and beauty. But one thing she brought to the competition that maybe some others didn’t was consistency. Throughout the whole competition, she was consistently hitting all her marks — she looked great, spoke well, and ultimately gave the judges what they were looking for. So, she definitely put her city on the map in that way.

In addition to giving her city something to celebrate, Gonzalez also brought a lot of other things to the table. For one thing, she’s extremely knowledgeable about finances. According to a report by Las Cruces Sun News, Gonzalez grew up in a household that prioritized education and she obtained her master’s degree in accounting at the University of Texas-Rio Grande Valley. She now uses her financial expertise to help educate students about the importance of financial literacy.

Here's a picture of Gonzalez with some young girls competing in a pageant (clearly she loves working and bonding with youth):

She spoke about her passion for youth as her final words during the competition, explaining: "We have the world at the palm of our hands right now, and I think that with using it so much today, we're able to send out messages to the younger generations. I know just through this competition, my following has grown so much. And to be able to receive messages of inspiration, that I've inspired someone to do something — it might not necessarily be pageantry — but, in fulfilling a career. I have my masters in accounting, so that's really hard. So that's just something that's so important that we have and I'm so happy to be able to contribute that to society."

Even with all of these great qualities, though, they just weren’t enough to win her the top prize in the competition.

As previously mentioned, the Miss USA judges ultimately determined that Miss North Carolina, Cheslie Kryst, should be crowned the winner.

But that doesn’t mean Gonzalez isn’t a winner in her own right. She’s accomplished quite a lot and that’s something she should definitely be proud of. Plus, it is not easy to place in the Miss USA competition in the first place. Although it may look easy from the outside, the competition truly is fierce and a lot of hard work goes into it. So, Gonzalez definitely deserves respect and praise for everything she put into this competition! Congrats!

More like this
This 'Drag Race' Season 13, Episode 14 Clip Shows The Top 4 Getting SO Real
By Lexi Williams
Are Olivia Lux & Utica Dating After 'Drag Race'? Olivia Gave An Update
By Dylan Kickham
Here's Why EXO's BAEKHYUN, CHANGMO, & Raiden's "Runner" Is The Perfect T1 Theme Song – EXCLUSIVE
By Michele Mendez
Stay up to date