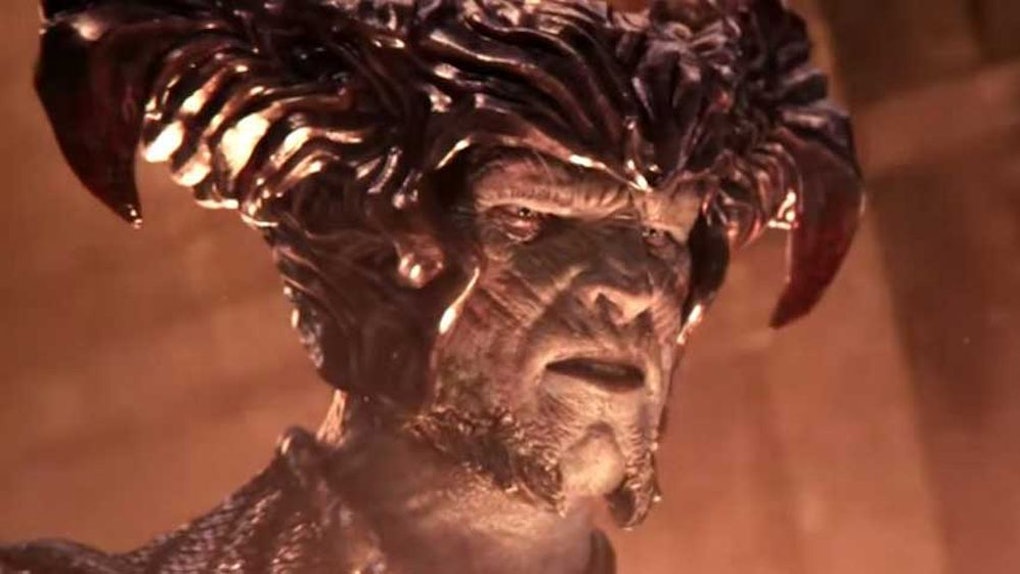 Who Is Steppenwolf? The 'Justice League' Villain Will Cause Serious Issues

Justice League arrives in theaters this weekend, and pre-sales from fans have been huge, despite the lackluster reviews. But while a lot of attention has been given over ahead of time to our half a dozen superheroes who will be teaming up (Batman, Wonder Woman, The Flash, Aquaman, Cyborg, etc.), very little has been given to the reason why: Steppenwolf, the film's main adversary. Who is Steppenwolf? And why is he such a threat that it takes an entire group of superheroes to take him down?

With most of the trailers focusing on the good guys, and the introduction of Barry Allen's The Flash (Ezra Miller), Arthur Curry's Aquaman (Jason Momoa), and Victor Stone's Cyborg (Ray Fisher), not to mention a newfound focus of Diana Prince's Wonder Woman (Gal Gadot) now that's she's the only bankable character the series has produced so far, it's easy to forget they're not just coming together for the heck of it.

Bruce Wayne's Batman (Ben Affleck) is gathering them for a reason: the vision he had in Batman v. Superman. That terrible vision of things to come is what's driving Wayne, and it's what Steppenwolf may be bringing with him if our heroes don't succeed.

Steppenwolf was created by legendary artist Jack Kirby in the 1970s. He was part of Kirby's famous New Gods series. He is a "New God" (that's actually what his species is called) and he has superhuman strength, speed and stamina.

Prior to being introduced, Steppenwolf was a military leader, and the head of Apokolips' armed forces. He was a member of the "dog cavalry," which is exactly what it sounds like: a cavalry that rides dogs the size of horses. His weapons include a cable-snare and an electro-axe. He also is a master swordsman and formidable in hand-to-hand combatant.

As voiced by Ciarán Hinds, the version of Steppenwolf we see on screen certainly physically resembles the ones from the comic books. But how much of the actual details from the stories will make it into the movie's mythology is not yet clear.

A Vision of Apokolips

I mentioned Apokolips earlier — that's the "lava spewing hellhole" where Steppenwolf resides, part of the "Fourth World" comic series. Lava spewing hellhole, you say? Why, that's quite a bit like Batman's vision above, is it not? In fact, it is. That entire sequence was a shout out to Kirby's landscapes, and suggested that this is where the Justice League series will be aiming to go.

But perhaps not so fast. The real big bad behind Steppenwolf is actually his nephew, Darkseid. Steppenwolf has been sent off to conquer worlds by his nephew before, including Earth in the new Flashpoint series, which is why fans got so excited when they heard that might be the name of The Flash's standalone film.

Is the plan for Darkseid to come to the DCEU in the near future? Or, will they be sticking with his uncle for now? For that, we'll have to wait until the movie arrives to find out.

Like any good major Big Bad, Steppenwolf comes complete with polygonic maguffins he's searching for: the Mother Boxes. Like Marvel's Infinity Stones, these sentient computers are sort of a Siri meets personal teleporter.

Every New God has one, so as you can imagine, there are quite a few to collect. They're also very technologically advanced compared to Earth, as Cyborg’s forward thinking prosthetic parts are made from one.

Exactly where the DCEU plans to go with this new angle is not yet clear. Will the Mother Boxes continue to be the focus? Or will Darkseid arrive soon? Perhaps, once discussions for Justice League 2 come into focus, we'll learn more.