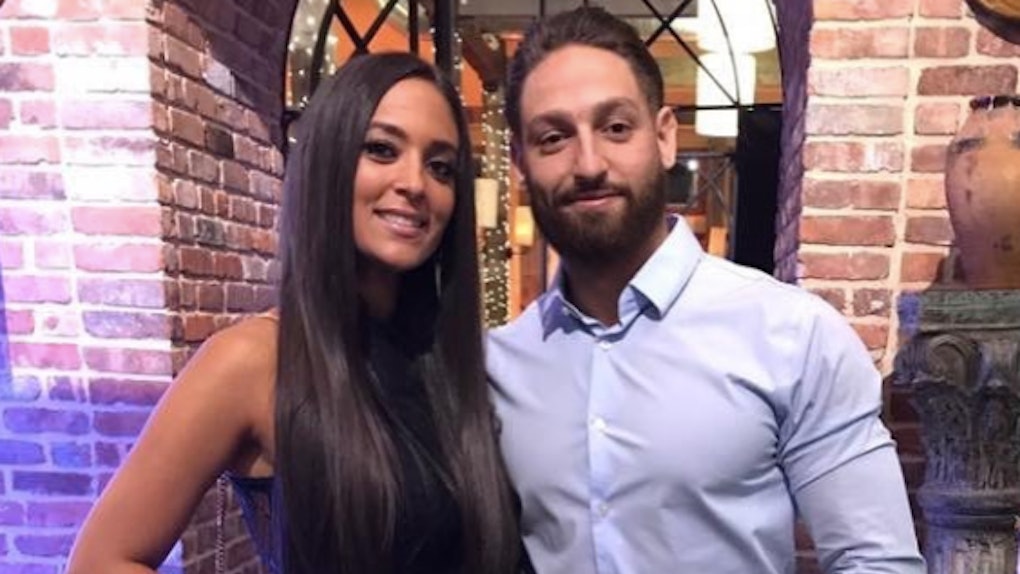 Who Is Sammi Sweetheart Dating? The 'Jersey Shore' Alum Is Clearly In Love

It seems like just yesterday we were enjoying the melodic whining of Sammi Sweetheart Giancola and the rest of the GTL gang on MTV's Jersey Shore. It wasn't just yesterday, though, it's been almost five full years (OK that just made me gag) since the show's final season aired, and a lot has changed since then. Indeed, Snooki and JWoww are moms, Mike "The Situation" is sober, and Sammi Sweetheart has a new boyfriend who isn't Ronnie. It's hard to believe, but it looks like the OG Jersey Shore cast is all grown up. *single tear*

That being said, as a Jersey Shore fan, it's hard to imagine Sammi Sweetheart dating anyone but Ronnie; their relationship had its ups and downs, but, together, they were a staple in the shore house. The reality TV sweetie has been dating someone new since *at least* April, though, so, of course, we're all wondering who this mystery man is.

Thanks to my amateur sleuth work and the media's inability to respect celebrities' private lives, I'm pleased to report that Sammi's new man's name is Christian Biscardi and, though he may not be a former shore house resident, he certainly looks like he could have been.

Like Sammi, Christian is a fellow Jersey native, and if their Instagram pictures together are any indication, then these two are the perfect guido/guidette pairing. Sammi first uploaded a pic of her and Christian in bed to her Instagram late last April and, since then, the two have been super active on social media, showing off their adorable relationship with pics of themselves.

The reality TV star confirmed her relationship with Christian last April in an interview with In Touch, and things seems to only be getting better for the pair since then.

As for what Sammi's Jersey Shore housemates think of her new beau... well, it looks like he's a hit with them, too. Indeed, Sammi recently brought Christian as her date to fellow cast mate Deena Cortese's wedding and, judging from the photobombed pics from the event, it looks like Christian is fitting right in with the group.

Jenni JWoww even recently chatted with In Touch about her friend Sammi's boyfriend, and she pretty much spoke for the whole cast when she said, "We've met him and he is such a sweet guy," adding "He makes Sammi happy, so he’s good in my book."

Despite the couple's frequent use of Instagram to show off their love for one another, they have been fairly private about their relationship.

Sammi, who is obviously no stranger to having her life on display, has said she's learned to be "a little more private" since her Jersey Shore days, adding, "it's refreshing" to be out of the spotlight. I mean, can anyone really blame her for keeping her relationship out of the media? I didn't think so. It also helps that Sammi's new man isn't in the entertainment business, so it's easier for them to keep a low profile.

The last time we got a glimpse into Sammi's private life was this past summer when the cast (well, most of the cast) reunited for a reunion special, Reunion Road Trip: Return to the Jersey Shore, where they reconnected and got each other up to speed on what they've been doing since Jersey Shore ended in 2012.

Other than that, Sammi seems to be enjoying her life away from television, and she currently cohosts a podcast called Just Sayin'.

Here's to hoping we keep getting adorable pictures of Sammi and Christian in the future.