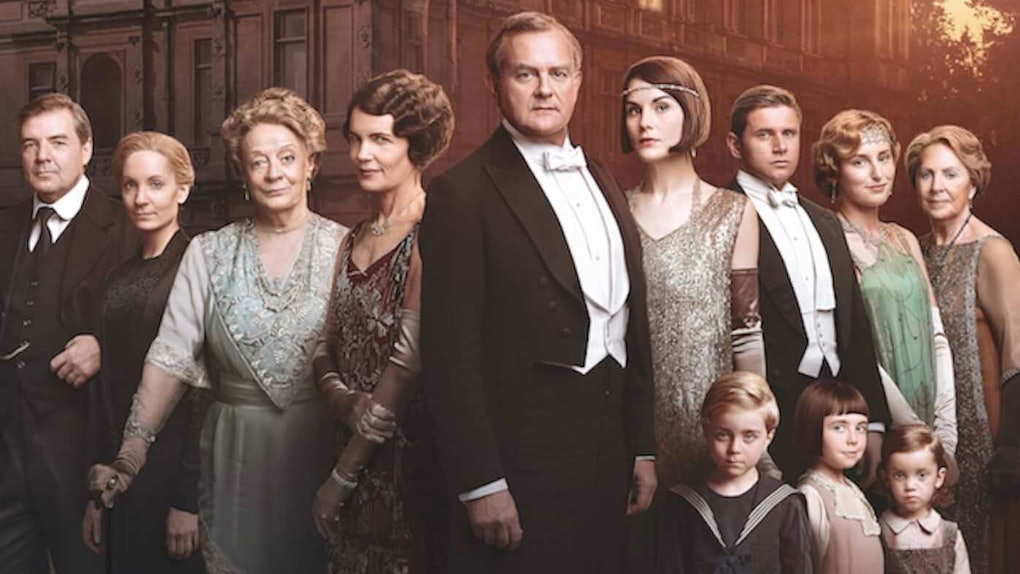 Who Is Princess Mary? The Downton Abbey Visitor Was Also Shy In Real Life

Although they welcomed plenty of illustrious visitors on the Downton Abbey TV series, the Crawleys opened their doors for royalty in the anticipated film of the same name. Hosting the King and Queen of England, the family also encountered the shy and seclusive Princess Mary. While the Crawleys weren't actually around to accommodate royalty in 1927, Mary's struggles with public life in the movie weren't too far removed from her real-life counterpart. Who is Princess Mary? Queen Elizabeth II's aunt was a more reserved member of the royal family.

This post contains spoilers for the Downton Abbey movie. Played by Kate Phillips in Downton Abbey, Princess Mary was the only daughter of King George V (Simon Jones) and Queen Mary (Geraldine James), who were Queen Elizabeth II's grandparents. The film also briefly refers to the Prince of Wales, who was then Edward, Mary's brother who later abdicated the throne and caused Elizabeth's father to be King. Netflix's The Crown addresses the aftermath of the abdication scandal that would hit the royal family about a decade after the events of Downton Abbey, but it was Mary's turn in the spotlight during this movie.

In Downton Abbey, Mary is introduced as a shy homebody whose foreboding husband, the Earl of Harewood (Andrew Havill), dampens her spirit. Her emotions spill over during her parents' visit to Downton, and Crawley chauffeur-turned-brother-in-law Tom Branson (Allen Leech) discovers her crying on the estate's grounds. Still an Irish nationalist at heart, Tom doesn't recognize Mary and comforts her, inspiring her to take active steps toward improving her marriage. By the end of the film, she's much happier, telling her parents Tom gave her the confidence to stay married.

In real life, Princess Mary was as low-key as the film suggests, reportedly staying away from the limelight once she married and dedicating much of her time to raising her children and running Harewood House, which the Crawley women visit in Downton Abbey. People can tour the property now, but according to the New York Times, Mary and her husband didn't move there until 1929, two years after Downton Abbey's 1927 plot. While the shy Mary did spend most of her married life in the country, Town & Country writes that she still represented Queen Elizabeth at events both in the UK and abroad, just as you see secondary members of the royal family appear publicly today.

The Downton Abbey creative team also might have elaborated on details of her marriage, as Princess Mary's son George reportedly claimed in his memoir that his parents got along and had many common interests. According to historian Marlene Koenig, he also revealed that Mary suffered when the Earl died in 1947, writing that his mother "found it hard to cope."

Downton Abbey might have dramatized calm aspects of Princess Mary's life, but Phillips' interpretation of the character closely aligned with the real royal. Speaking to Digital Spy before Downton Abbey's release, Phillips said about Mary, "She's quite a shy and modest character, she draws on her inner strength and personal struggles as a member of the royal family."

Princess Mary died in 1965 at 67 years old, then 15th in line to the British throne. Her New York Times obituary called her a tomboy and mentioned that she worked with the Red Cross and the Girl Guides, the UK's equivalent of Girl Scouts. "She embodied the image of public service that the royal family cultivated in this century," the obituary read.

Regardless of whether her onscreen anxiety about royal life is accurate, Downton Abbey's Princess Mary definitely comes into her own as a public figure. Downton Abbey is currently in theaters.

More like this
Kathryn Hahn Hopes To Explore Agatha's Backstory In Future Marvel Projects — EXCLUSIVE
By Dylan Kickham
Here's How To Stream 'Nomadland' So You Can Finally Get The Hype
By Rachel Varina
Is Netflix Making A 'To All The Boys' Spinoff Series About Kitty? Here's The Tea
By Rachel Varina
Stay up to date