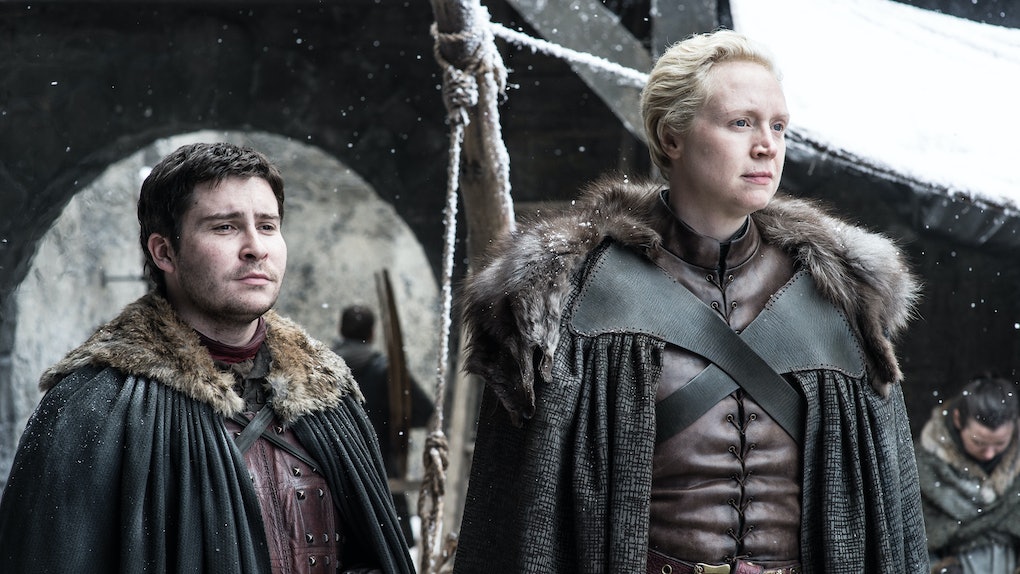 Who Is Podrick Payne On 'Game Of Thrones'? Learn Everything About The Character Before Season 8

Game of Thrones is a show with a cast that's encompassed hundreds of characters, a ridiculous number of which have died. Even so, it's hard to keep track of the survivors, some of which have spent their time on the show as constant background faces. Considering many fans of the series can barely remember all the main character's names, it's not surprising those in the background can be forgotten altogether, like Pod. Who is Podrick Payne on Game Of Thrones? How come he's survived to the final season?

Podrick Payne is a relative of Illyn Payne, who fans may remember as the headsman who chopped Ned Stark right through the neck. When fans first meet Pod in Season 2 of the show, he's squire to Tyrion Lannister, who is trying to run King's Landing. Pod is faithful, hardworking, takes the ribbings from Tyrion and Bronn well, and even saved Tyrion's life during the Battle of the Blackwater.

Pod spends the next season in King's Landing, where he works as Tyrion's assistant, even as Tyrion's status fall. However, by Season 4, everyone recognizes the place has grown too unsafe, especially once Tyrion is arrested for the death of Joffrey and Pod refuses to testify against him.

Pod finds himself assigned to Brienne of Tarth, who is heading out from King's Landing to find Sansa Stark after her disappearance in the aftermath of Joffrey's death. Brienne is none best pleased to have this half-trained kid, but Jaime asks her to do it as a favor because chances are Pod won't live if he stays there.

Once on the road, Brienne discovers Pod isn't half trained, he's untrained. The only thing Tyrion and Bronn ever had him do was pour wine. Over the next two seasons, as they travel the Westeros countryside and follow Sansa's trail to Winterfell, Pod learns the art of sword fighting from Brienne, and even holds his own for a minute once or twice in the face of marauding soldiers. When Sansa escapes Ramsay Bolton in Season 6, Podrick becomes part of her entourage when Brienne pledges her service to Lady Stark.

Pod travels first to Castle Black and then to Riverrun in hopes of recruiting her Uncle Brynden Tully. There, Pod runs into Bronn again while Jaime and Brienne have a meeting, but they're on opposite sides now, as Jaime is there to take down Tully, while Brienne wants to ally with him. In the end, Jaime wins, and Brienne and Pod escape in the night as Riverrun falls.

Last season, Brienne and Pod made their way back to Winterfell, arriving after the Battle of the Bastards has been won. Pod still trains with Brienne, improving his skills, but he's no match for Arya, who Brienne obvious enjoys training with more.

As Season 8 rolls in, Pod is right at the heart of the coming war with the Night King, as Winterfell prepares for battle. He'll also get to see Tyrion again, who is arriving with Jon Snow and Daenerys when the season begins. Will Pod continue his miraculous survival? Fans will find out when Game of Thrones returns on April 14, 2019.