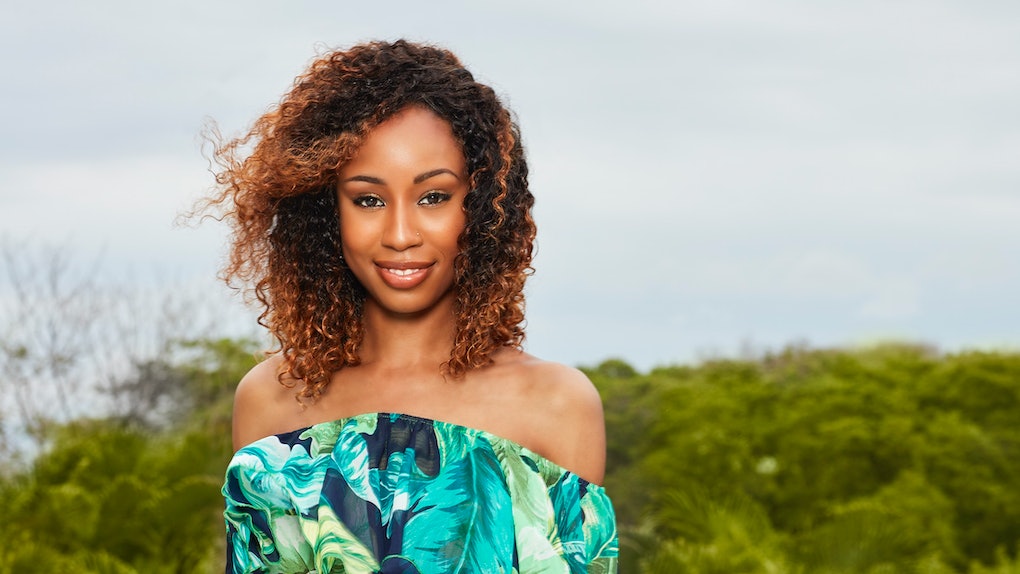 Who Is Nysha On 'Bachelor In Paradise'? Refresh Your Memory Of Arie's Former Contestant

Every year of Bachelor in Paradise has its fair share of Night One castoffs and nearly mute contestants. Sometimes these random people find their groove in Paradise and develop a new status as a fan favorite, but it still must be difficult doing the show when so few viewers actually remember who you are. Because every Paradise contestant deserves a fair shot at love on the Mexican beach, it's time to learn about some of the randomer Season 5 cast members. So, who is Nysha on Bachelor in Paradise? The orthopedic nurse was cut on the first night of Arie Luyendyk Jr.'s Bachelor season.

30-year-old Nysha Norris actually received her own introduction package on Season 22 of The Bachelor, which highlighted her work as a nurse. There's always somebody among the intro package subjects that comes across as a real contender but is eliminated immediately (duh, Grocery Store Joe), and Nysha was that season's answer to this common occurrence. The South Carolina native thrived on adrenaline, but she did have a weird obsession with blood that rivaled Kendall Long's love of taxidermy. As Nysha said, "The more blood, the better." Did she have a gory conversation with Arie that we didn't see?

Arie might not have seen a connection with her, but based on her Bachelor bio, Nysha actually sounds like quite the cool lady. She has an eclectic taste in movies, citing The Sandlot, The Sound of Music, and horror movies like Nightmare on Elm Street as her favorite films, and she totally admits that she meets guys on dating apps, which is why love hasn't worked out for her yet. Scandal is her favorite TV show because "the most powerful person in this country is a woman on that show." She also would want to get down to business and be Mulan, since "she pretended to be a man and went to war." So, basically, Nysha is the feminist icon we all deserve.

Although she left the show on the first night, Nysha even developed her own tight-knit squad of Bachelor ladies. The Night One castoffs of Arie's season bonded so much during the ride back to their hotel that they even started their own YouTube channel, The Rosé Girls, together. Helmed by TV host Jessica Carroll (the contestant whose dad met Arie before he died), the YouTube series initially began as a forum for the eliminated women to discuss love, sex, body image, and female empowerment. In more recent months, the channel has uploaded interviews Jessica conducted with other inspirational women.

Although Nysha doesn't appear in the women's first introductory video, the six other ladies rave about her in it, calling her a "boss lady." Anyone who can slide onto the Paradise cast list with so little airtime is definitely a boss, and it even looks like Nysha might have her own love story this summer. In one of the early Paradise teasers, she's seen hugging and laughing with Eric Bigger, the third-place finisher on Rachel Lindsay's Bachelorette season. Is Paradise a miracle season for Eric because of Nysha?

Let's hope we get to know Nysha bit more once Paradise is in full swing. After all, Bachelor Nation could always use some more boss ladies.