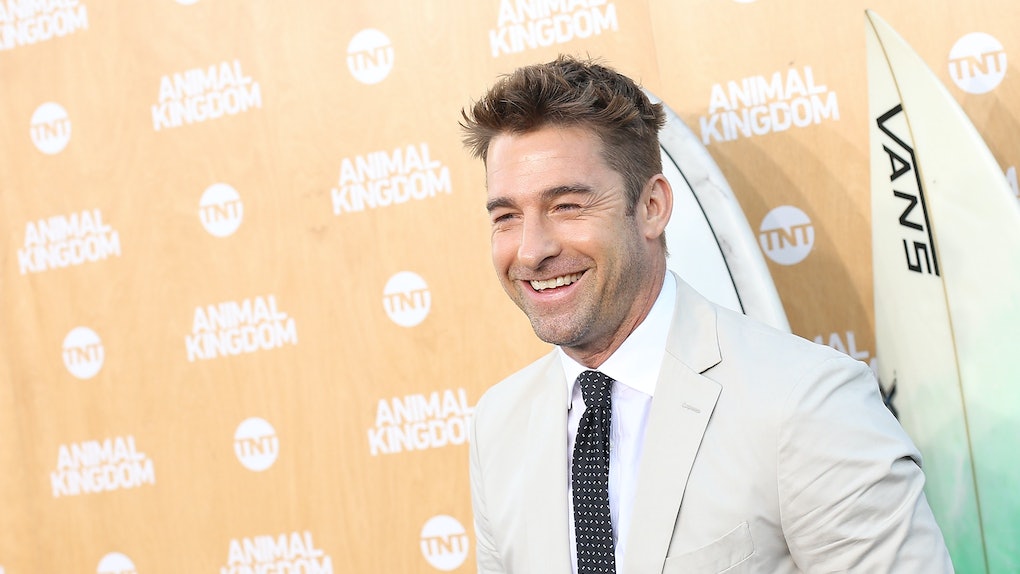 Who Is Matthew In 'You' Season 3? Scott Speedman's Character Is A New Addition

The TV series You has experienced some bizarre twists and turns, both on-screen and off. Touted as Lifetime's big new original series, with a second season greenlit before the first premiered, it was a giant flop. So, Netflix bought both seasons, and using its algorithm, turned both the original 10 episodes and the second season into massive hits. But fans are curious where the show, which was something of a one-trick plot, can go next. They're also curious about the new players; for example, who is Matthew in You Season 3? Scott Speedman's character may upend things.

The original You Season 1 was a parody thriller of your typical Lifetime fare. You took both of Lifetime's staples — thrillers and romance — and mixed them, with Penn Badgley's Joe as the leading role, a serial killer whose behavior neatly lampooned all those romance tropes. It also subverted the thriller expectations, in that Joe was not caught. In fact, he seemingly got away with murder until his not-so-dead ex, Candace (Ambyr Childers), found him and sent him on the run.

Season 2 first seemed to begin as a retread, with Joe finding a new obsession in Victoria Pedretti's Love Quinn. But unlike his Season 1 romance, Joe's intended victim is anything but. Turns out, Love was a lot more like Joe than anyone could have imagined, and in Season 2 she left her own trail of bodies in pursuit of, well, love. As Season 2 ended, the two moved in together, with Joe under a pregnant Love's control.

But such things can't last. As the final scene in You Season 2 shows, Joe is already casing another victim, despite how frightened he is of Love. But this mystery woman is not the only new character in their suburban fantasy landscape. October casting announcements for You Season 3 reveal Shalita Grant (NCIS: New Orleans) will be Love's newest frenemy as Sherry, the "Mom-fluencer," and Travis Van Winkle (The Last Ship) will be Joe's new wealthy buddy Cary. Now, with the latest casting reveal, it seems Joe will have a frenemy of his own in Scott Speedman's Matthew.

Deadline describes the new character as "a successful CEO, husband, and uncommunicative father. He's reserved, at times mysterious, and has a tendency to be withdrawn, all of which masks a deep well of emotion underneath." Sounds like the exact sort of guy Joe can project his insecurities onto, dreaming up an entire nemesis whether it's the truth or not.

How many of these new characters are setting up to be victims in the new season remains to be seen. It also remains to be seen who does the bulk of the killing, Love or Joe? Perhaps they can form a partnership and divide and conquer. (So many people to kill, so little time.)

You Season 3 does not yet have a premiere date, but it's looking like it could be later in 2021.