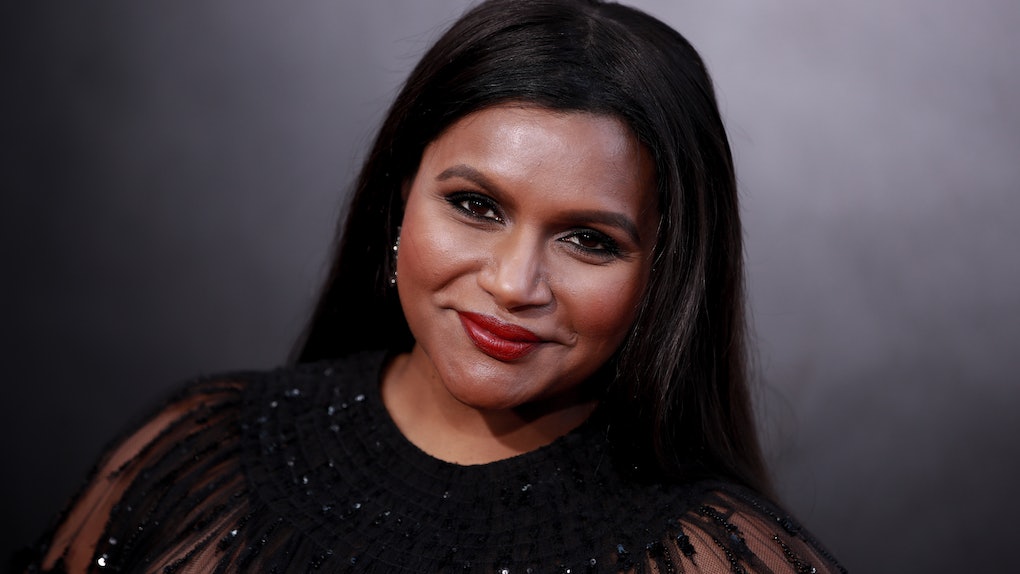 Between her feature film Late Night and upcoming Hulu series Four Weddings and a Funeral, Mindy Kaling is having an epic summer, and now things are looking even brighter for her. The writer and actress has cast the lead role in her untitled Netflix comedy series, and this fresh face is one that Kaling's fans should definitely get used to. Who is Maitreyi Ramakrishnan? The young newcomer will play an Indian-American teenager in the series inspired by Kaling's childhood.

Following an open casting call that attracted more than 15,000 email responses, Ramakrishnan snagged the role of Devi, a modern, first-generation Indian-American girl whose short fuse and overachieving nature complicate her sophomore year of high school. Ramakrishnan, a Toronto native, is slated to make her onscreen debut in the series, so not much is publicly known about her yet. She's such a newbie to acting that she didn't even have representation before landing this part, but if Kaling has entrusted her with a version of her life story, Ramakrishnan must be the real deal.

As of early Wednesday afternoon, Kaling has yet to address the casting news on social media, but people have already taken to Ramakrishnan's public Instagram page to send their congratulations. The young actress hasn't posted about the casting either; her recent posts include snapshots from her role in a theater production of Chicago and what appears to be prom. Fingers crossed that Ramakrishnan starts to post even more frequently when filming officially begins.

Kaling and The Mindy Project writer Lang Fisher co-created, co-wrote, and executive produced the 10-episode coming-of-age comedy for Netflix. Other details about the show, including its release date, are still under wraps, but Kaling discussed the series in a recent interview with Entertainment Weekly. "I think people have reported that it’s about my childhood and it’s not about my childhood, it’s just about a 15-year-old Indian-American girl growing up in 2019," she said. "So there will be of course lots of experiences pulled from my childhood, but it is really about a girl today."

According to the details of Kaling's original casting call, production on the series will begin in Los Angeles in late July. In addition to looking for the perfect Devi, the team behind the open casting call also searched for a South Asian female in her mid 40s and another in her mid 20s. Kaling's post of the requirements led to a surge of established actors of color sharing support as aspiring stars commented about sending in their information. Ramakrishnan's casting marks a true Star Is Born-esque move, and fans may be in store for similar newcomer stories once these older parts are cast.

The Netflix series isn't the only project Kaling is working on that involves her heritage. In April 2019, she and Priyanka Chopra were announced to star in a comedy about an Indian wedding that Kaling is co-writing and potentially directing. Like her Netflix series, details are scarce about this movie, but sources say that it was pitched as a mashup of Crazy Rich Asians and My Big Fat Greek Wedding.

Mindy Kaling and weddings are two of my favorite things, so count me in for a movie screening ASAP. But before staking out a seat in the movie theater for that, here's to seeing Ramakrishnan's Netflix debut in Kaling's new series.

More like this
Is Netflix Making A 'To All The Boys' Spinoff Series About Kitty? Here's The Tea
By Rachel Varina
'Selena: The Series' Part 2: Netflix Release Date, Trailer, Cast, & More News
By Dylan Kickham
Kyla-Drew On 'Dad Stop Embarrassing Me!', College Life, & Michelle Obama
By Dylan Kickham
Stay up to date