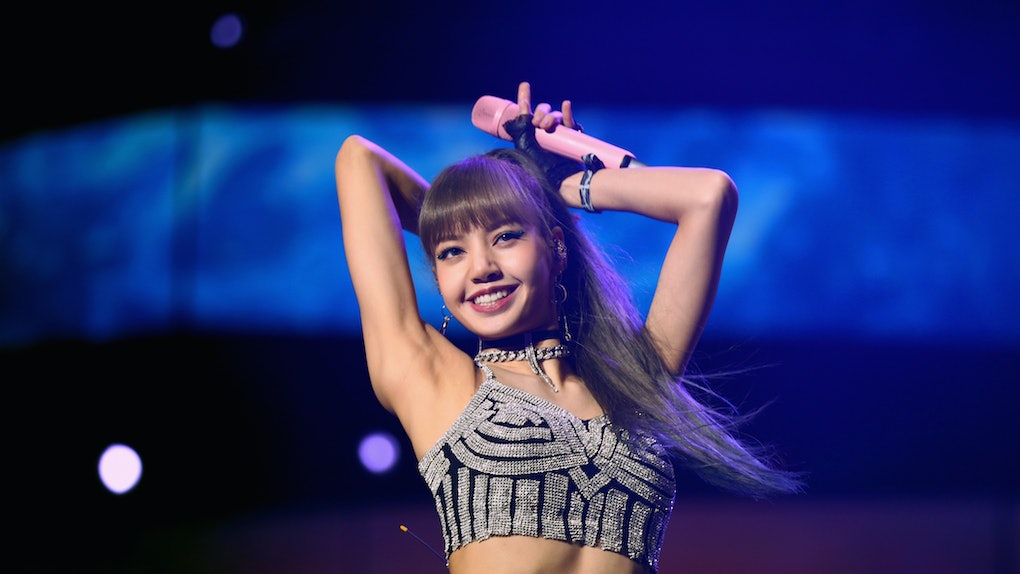 Who Is Lisa From BLACKPINK? She's A Multi-Talented Queen, Y'all

BLACKPINK in your areaaa! It's the phrase that every fan of the K-Pop girl group knows by heart and while these four ladies are a force when they're together, they are equally as fierce on their own. The band is comprised of four members: Jennie, Lisa, Jisoo, and Rosé, but — as any stan knows — these gals are some incredibly talented individuals. Personally, Lisa's been my bias as of late and if you're sitting at home wondering, "Who is Lisa from BLACKPINK?" I've got you covered.

First of all, the girl can DANCE. I mean really dance. She may be BLACKPINK's maknae, but that hasn't stopped her from adopting a "go big or go home" mentality. Plus, she's notably one of the only members of the group that doesn't hail from Korea. Did that stop Lisa from joining one of the biggest female K-Pop groups of all time? NOPE. The singer hails from Thailand, but she set her dreams on superstardom early on and never looked back.

So, exactly who is Lisa from BLACKPINK? In addition to being an incredibly talented singer and performer, she's got a lot going for her, and if you want to hear all the impressive deets, look no further.

Impressive much? While most of us can speak one or maybe two languages if we're lucky, Lisa is fluent in four different languages. The talented singer speaks Thai, Korean, English, and Japanese, which pretty much makes her a global goddess.

What were you doing at the age of 14? Few people have the drive and tenacity that Lisa had as a young teen. The star impressively struck out on her entertainment career at 14, when she auditioned to become a trainee with South Korea’s YG Entertainment. Just two years later, Lisa made her big debut as a member of BLACKPINK in 2016!

And there's a reason for that. Lisa can dance like no other! You might have caught BLACKPINK's 2019 Coachella set where they became the first Korean girl group to perform at the fest, and Lisa brings that same fire to the stage each and every time. She received formal dance training early on back home in Thailand when she joined a Thai dance group with GOT7’s Bambam. Clearly, it paid off big time. Look at those moves!

Lisa was was born Pranpriya Manoban, but eventually changed her name to Lalisa, which means “one who is praised." Ultimately, she settled on her current stage name of Lisa and never looked back!

I'm convinced that it's impossible for Lisa not to look flawless. Seriously, she looks beyond incredible each and every time she leaves the house or hits the stage!

She dished all about her fashion inspo in a recent interview.

“I love wearing baggy jackets and tops. I love those kinds of jerseys with lines on them as well. I love sneakers too, especially white sneakers, and I like knitted hats too,” she said of her fashion choices in an interview with Japan’s MINI magazine.

We stan a street style queen!

So, are you a Blink yet?! Yes, BLACKPINK have their very own fanbase name and it's pretty much a family. Welcome to the club!