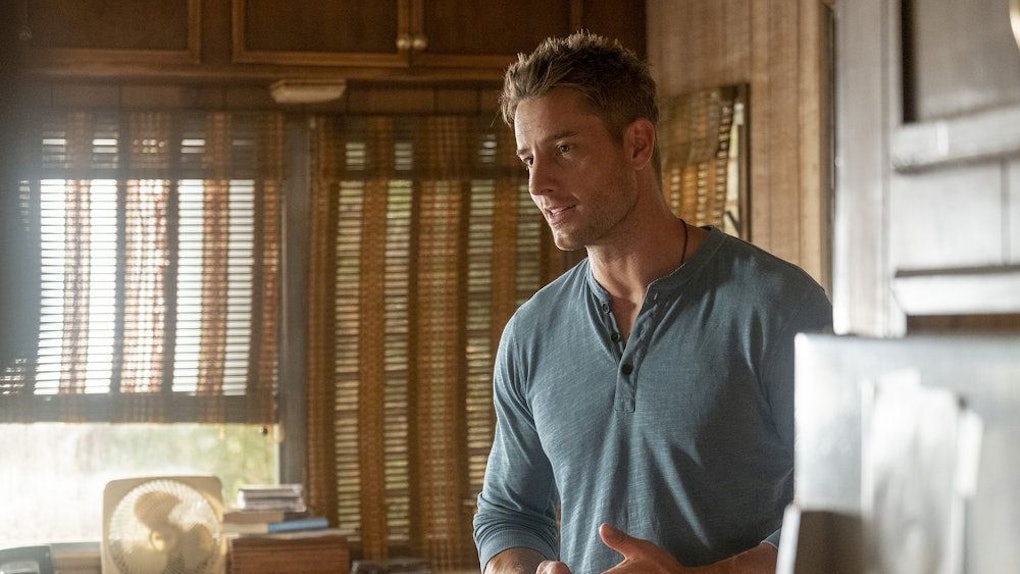 Who Is Kevin's Fiancée On 'This Is Us'? A Lot Changed In 9 Months

Once upon a time, Kevin was the least sympathetic figure in This Is Us. A successful actor with classic good looks, his problems felt like they were of his own making. He slept with women who were going to be disaster relationships; it was hard to relate to his complaints about being on a successful TV series. But this season has done a real 180 with the character, and fans are now obsessed with figuring out who Kevin's fiancée will be on This Is Us. But how whirlwind is this romance going to be? Warning: Spoilers for This is Us Season 4 follow.

Kevin spent the entire first half of Season 4 surrounded by a chosen family of his own making, specifically Nicky and Cassidy. But those family members are now both ready to go their own ways. Cassidy is trying to work it out with her husband, Nicky is ready to rebuild his life.

So it's a good question when Randall asks Kevin what's next for him. He's in an emotionally healthy place, but this is a crossroads. Kevin responds by saying that he loved feeling like a responsible person and caring for a family. In his impulsive way, he announces that, by the age of 40, he'll have a wife, a kid, and be settled.

Randall laughs, reminding Kevin their 40th birthday is nine months from now. Until he goes and gets someone pregnant in the next week, he's probably not going to make that deadline.

Cut to nine months later, at Kevin's 40th birthday party, and he sighs to Kate that his fiancée is in the back bedroom lying down, feeling nauseous. She has morning sickness at all hours of the day.

OK, maybe he didn't quite make the 40th birthday deadline, it's "pregnant fiancée," not "wife and kid," but it's still damn close. The question is, who?

It could be someone Kevin meets literally in the next few weeks. He could take a movie, go on set, fall for his co-star or the makeup artist, and it's happily ever after. But fans have a feeling that's not really where this is going. It's too fast.

The one suspect viewers can rule out is Kevin's ex-girlfriend, Zoe. She didn't want kids, end of list.

It is possible this is his other ex Sophie. She has no kids, and she too is pushing 40. That means there's no time to waste if Kevin appears at her doorstep, declares himself sober and ready to family man, and she agrees to jump on that ride one more time.

But there's also Cassidy. She and Kevin had a real connection. They've slept together, though the timing is such that this wouldn't be a pregnancy from that. Though it seems like their story has ended, fans still believe she's the woman who gets Kevin to settle down once and for all.

More like this
'Cobra Kai' Season 4: Netflix Release Date, Cast, Trailer, Plot, & More
By Ani Bundel
What Happened To The Waterfords In 'The Handmaid's Tale' Season 3? A Lot, TBH
By Ani Bundel
Who Plays Mal In 'Shadow And Bone'? You May Have Seen Archie Renaux Before
By Abby Monteil
Stay up to date