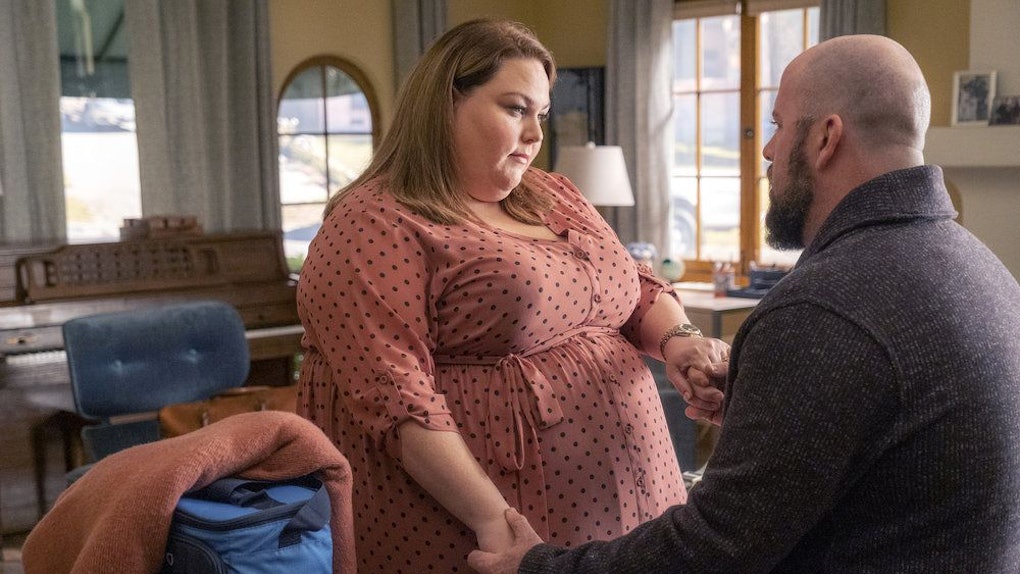 Who Is Kara On 'This Is Us'? Lady Kryptonite & Toby Are More Than Fans Realize

This Is Us ended at Thanksgiving with several cliffhangers. Who was Kevin engaged to, and how pregnant is she? Why did Kevin and Kate stop talking to Randall? And where was Toby? It's the Big Three's birthday. Kevin and Kate are up in the old cabin Jack took them to as kids, and Rebecca and Miguel are there too. Randall isn't because they're not speaking. But no reason is given for Toby's absence, suggesting he and Kate have separated, and it could be over Kara. But who is Kara on This Is Us? Warning: Spoilers for This Is Us Season 4 follow.

Fans suspected there was another woman involved because of a text Toby got while everyone was gathered at Thanksgiving. Kate picked up Toby's phone, at his demand, to take a picture of him and Baby Jack, only to see a message banner pop up from one Lady Kryptonite: "Don’t let her bring you down. Here for you."

A female-presenting handle being a little too eager to comfort a married man from his non-understanding wife? It's no wonder Kate was a ball of rage the entire trip home to L.A. When Toby asked what was wrong, she let him have it, both barrels.

But Toby insisted nothing was going on with Lady Kryptonite. Her real name is Kara, and she's just a friend, no more or less than any of his other Crossfit buds. Most of their convos were about glycemic index. There was nothing between them.

Toby was lying, of course, though it's not clear how much he was lying to himself. Kate found out soon enough when his Crossfit buddies told her he'd switched gyms. Toby might have thought nothing was there, but Kara was all in, trying to kiss him when they were together working out. Toby claimed innocence, but Kate wasn't having it. Everything about Toby read he was running away from his family. Kara was merely correctly interpreting the lay of the land and assumed an opening from it.

Toby had to acknowledge she was right. But it wasn't about their marriage. His response to Baby Jack's condition was self-centered: He was unable to connect with his son emotionally, so instead, he was running away.

Baby Jack overshadowed Toby's confession, when, for the first time, he showed an ability to recognize light from dark, extending his hand towards the pineapple lights hung around the kitchen. But Kate's face spoke volumes as she looked at Toby, holding Jack up to reach for the little LED lamps. Forget Lady Kryptonite: Toby's confession is what may do in his marriage.

More like this
'Cobra Kai' Season 4: Netflix Release Date, Cast, Trailer, Plot, & More
By Ani Bundel
What Happened To The Waterfords In 'The Handmaid's Tale' Season 3? A Lot, TBH
By Ani Bundel
Who Plays Mal In 'Shadow And Bone'? You May Have Seen Archie Renaux Before
By Abby Monteil
Stay up to date