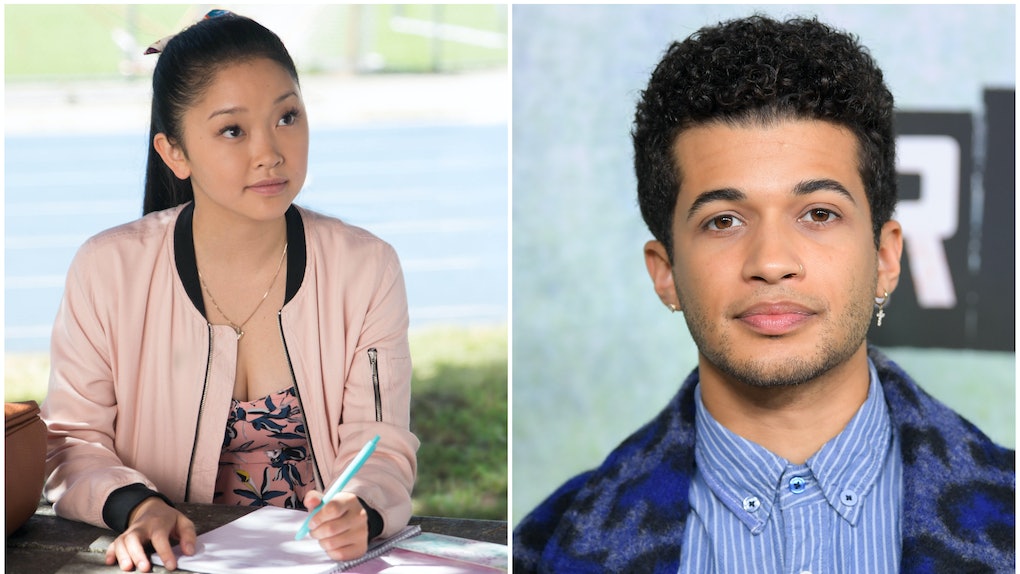 Who Is Jordan Fisher? The 'To All The Boys' Sequel Finally Has Its John Ambrose

Get ready to write your own odes to teen romance. Several months after a sequel to Netflix's To All the Boys I've Loved Before was confirmed, the production team has cast the film's new romantic rival who may have you doubting the appeal of Peter Kavinsky. Following the first film's horror of Lara Jean's private love letters being delivered, the beloved protagonist is now dating loyal jock Peter, but the recipient of another letter is slated for a big part in the sequel. Who is Jordan Fisher? The Rent: Live star will soon don the blazer of Lara Jean's onetime crush John Ambrose.

After finally receiving his dated love letter from Lara Jean (Lana Condor) in TATBILB, Model U.N. star John Ambrose McClaren (then Jordan Burtchett) appeared at her doorstep with her message and flowers in a mid-credits scene. John Ambrose's cameo fueled fans' hopes for a follow-up film exploring his relationship with Lara Jean. Well, both characters are officially back for the untitled sequel, but John Ambrose will look a little different from how he appeared in TATBILB's fleeting reveal.

In a video released by Netflix, Condor announced Jordan Fisher as the new John Ambrose. The 24-year-old was most recently seen busting his musical chops as Mark Cohen in this year's Rent: Live broadcast. Also appearing in 2016's Grease: Live and on Broadway in a brief Hamilton stint, Fisher is additionally known for his roles in Disney Channel productions such as Liv and Maddie and Teen Beach Movie.

It'll be tricky to let go of Peter Kavinsky, but I'm willing to bet that Fisher's John Ambrose is a worthy contender for Lara Jean's affection.

In case you missed the days of TATBILB as the internet's darling, the sunny Netflix adaptation of Jenny Han's bestselling YA novel enchanted audiences last summer. Condor starred as high school student Lara Jean Song Covey, who captures her feelings for crushes on paper rather than sharing the truth with these boys. After her little sister sends her five letters to their addressees, Lara Jean strikes up a fake relationship with her middle school crush Peter (Noah Centineo) to convince the boy next door (Israel Broussard) that she doesn't have feelings for him.

Of course, Lara Jean and Peter actually fall for each other by the end of the story, capping off a sweet addition to the high school movie canon.

At the time of making the film, the creative team obviously didn't know how well TATBILB would resonate with viewers, but they kept their chances for a sequel open. The original John Ambrose's mid-credits scene ended on a comical note, but it still ignited fans' desire for a sequel even more. Readers of Han's TATBILB trilogy also know that John Ambrose returns to Lara Jean's life in her second book, P.S. I Still Love You, and becomes a strong romantic prospect when she and Peter hit a bump in their relationship. This means that whether or not his character ends up with Lara Jean in the film, Fisher will likely have plenty of opportunities to woo viewers as John Ambrose.

Congrats to Fisher, but for now, my heart is still set on Peter Kavinsky.

Netflix has yet to announce a release date for the To All the Boys I've Loved Before sequel.