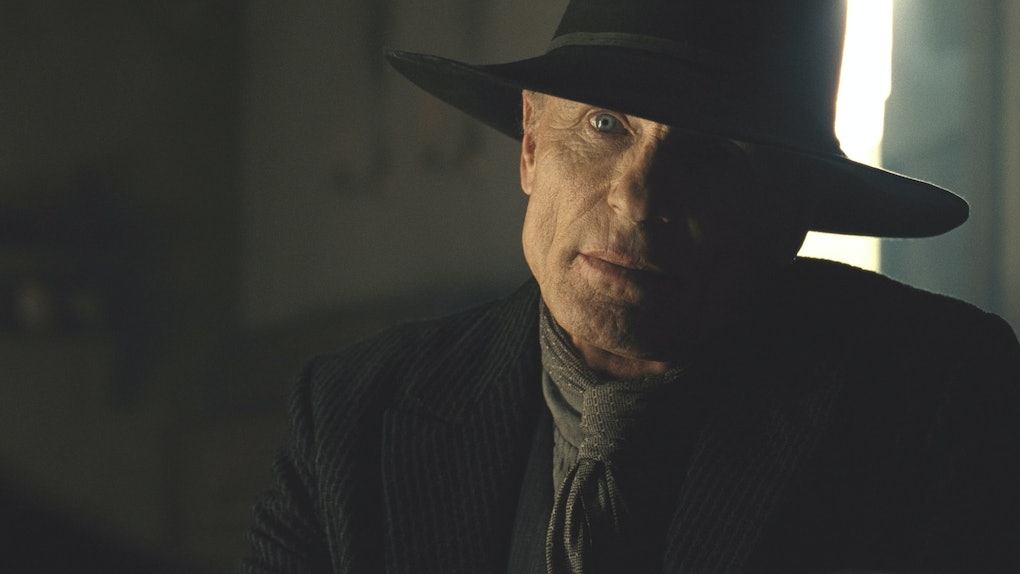 Who Is James Delos? 'Westworld's Original Owner Finally Arrives In The Park

Westworld left a few easter eggs lying about in the run-up to the show's Season 2 premiere. One of them was to a website for Delos Incorporated, which featured the biography of one James Delos, founder of the company that became one of the first investors in Westworld and currently their largest shareholder. The character is played by Irish actor Peter Mullen, best known for such films as Braveheart and Trainspotting, but probably most recognized as Death Eater Corban Yaxley from Harry Potter. So, who is James Delos? How long must fans wait to meet him? Warning: Spoilers for Westworld Season 2 follow.

According to the Delos website, James Delos is a self-made man who built the company from scratch. Or as they put it:

Decades ago, a man had an idea as old as human ambition itself, that the only limit to progress is imagination. The ability to see a better world. Delos Inc. was formed from that goal and nothing else because James had nothing else. He used to joke that where he grew up, having dreams was like fighting gravity. But he never lost faith that his dream could take off, and now Delos is more than a name. It’s a legacy.

The rest is a whole lot of boilerplate parody of these types of biographies one finds on corporate websites (Someone had a lot of fun writing it.) But coupled with Logan's declaration last season that his father isn't interested in places like Westworld, fans can get a pretty good picture of James Delos as a salt-of-the-earth, "if I can't touch it, it's not a product"-style businessman, for whom the "new economy" was nonsense.

It turns out this is not far off the mark. The April 29 episode featured a number of flashbacks, all of which seemed to stem from Dolores' memories, including the first time James Delos arrived in Sweetwater with William in tow. The hosts are frozen as Delos arrives by helicopter (no wasting time riding in on the train for him), where he begins to inspect the merchandise his son invested in.

He agrees Dolores is beautiful, but this, as far as he's concerned, Logan got the company involved in a boondoggle. (He compares looking at their financials to "parting the red sea.") Westworld is not going to sustain itself without significant changes and investment. Delos would do better to pull out.

Until William points out to him the real value of the park:

Nothing here is real, except one thing: the guests. Here, they're free. No one is watching. Nobody's judging... or at least that's what we tell them. This is the only place in the world where you get to see people for who they really are. And if you don't see the business in that, then you're not the businessman I thought you were.

Westworld has created a place data miners can only dream of. Facebook's business in life is attempting to build a digital copy of you to sell to advertisers so they can market to you down to the minute. Now imagine a place which can function as your personal panopticon.

Is this the business Delos Inc. is really in? And what is the project that's not ready yet, which William mentions at James' retirement party? His father-in-law is clearly ill and reminds him not everyone has the luxury of time.

Westworld is a company that can build a perfect replica of who you are as a person in your mind. Suddenly, the value of the data Bernard saw being gathered last week, and which Charlotte is attempting to get a copy of out of the park, takes on a new significance.