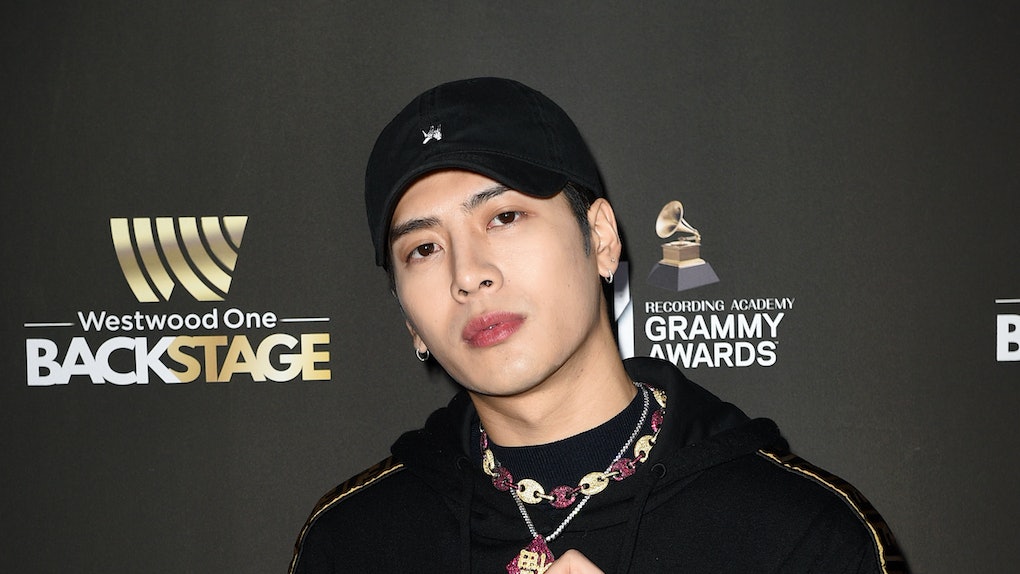 Who Is Jackson Wang? The GOT7 Rapper Is About To Bless The World With Another Solo Single

Look out, world: There's another K-Pop heartthrob to fawn over. Got7 is another K-Pop group you should definitely be aware of if you're into BTS, and not just because it also consists of seven members. The group was put together by JYP Entertainment in 2014 and, much like in the case of BTS, they're also known for group members exploring solo projects instead of being exclusively married to the group's music. One member of the group, in particular, caught fans' eyes while doing promotion in the U.S. After appearing on the YouTube channels of major U.S. publications and radio stations throughout the month of March 2019, some people who are new to K-Pop may be wondering, "Who is Jackson Wang?" Wang is one of Got7's rappers and has a huge fanbase for both his Got7 and solo work. And he's about to drop a new single! So let's do some digging.

Wang is one of the seven members of Got7. The group consists of Wang, Park Jin-young, BamBam, Mark Tuan, JB, Kim Yugyeom, and Choi Young-jae. He's one of the three rappers in the group (BamBam and Mark Tuan are the other two). They've been making music together since 2014, and the Chinese musician released his first solo single, "Papillon," in 2017.

Yes, you read that correctly. Wang is a K-Pop icon, but he's not actually Korean. In fact, Got7 is pretty multi-ethnic. Wang is Chinese, BamBam is Thai, and Mark Tuan is Taiwanese-American. Actually, if you do a little more digging, you'll find non-Korean members in K-Pop groups aren't uncommon at all, which may surprise some new fans of the genre, but is pretty dang awesome.

Wang can speak multiple languages as well: Korean, Chinese, Mandarin, and English. And he has other skills outside of music that he's great at. Before he joined Got7 in 2014, he was a trained fencer for the Hong Kong fencing team. But now, he obviously focuses on music.

Wang has released tons singles as a solo artist and he was actually supposed to release a single called "Faded" in March, but he announced on Instagram on March 18 that it won't be released. Instead, he'll be dropping a different single called "Oxygen" in April.

When he released his first single, "Papillon," in 2017, he posted an emotional Instagram in honor of the achievement.

"This is my first single 'Papillon,'" he said in the caption. "The inspiration came from a movie that I watched when I was really young. I'm trying to bring out a message that we shouldn't limit ourselves."

Don't be scared to takes risks, follow your dreams and even if you do fall, don't have regrets. As long as we can say we tried our best. Firstly, I want to thank my crew, Team Wang for having my back since the beginning. Thank you JYP, for always believing in me. And our IGOT7 for always showing so much love and support. 🙏Thank you #Jacky for loving me who i am, standing by my side no matter what happens. Also the two people i love the most, my mom and dad. This is all coming from love. I believe we can all differentiate what is real and what isn't. I'm so blessed to have my fans and supporters. You guys motivate me to work harder and to become a better person/artist.

The singer is clearly taking his own advice when it comes to taking risks, as he has now forayed into modeling as the Chinese ambassador for Fendi. About nine months ago, he dropped a single called "Fendiman," and in the music video, he — you guessed it — models Fendi looks the whole time.

So between his work with Got7 and his solo career, Wang has a lot of exciting things ahead of him.