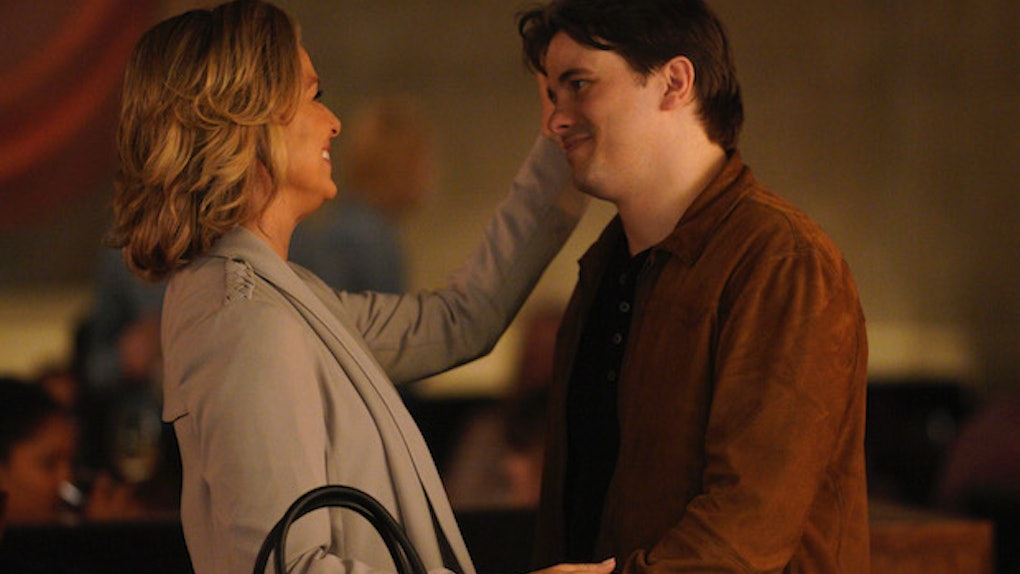 Who Is Eric In ‘A Million Little Things’? Fans Need Answers About Him

In the second episode of Season 2, Maggie's mom Patricia (Melora Hardin) revealed that she wants to leave Maggie's father and move to Boston. Maggie's boyfriend Gary (James Roday) assumed she wanted to make the move to be closer to Maggie, and so at the end of the episode, he encouraged Maggie to go find Patricia at a restaurant where he thought she was eating alone. Maggie went, but when she arrived at the restaurant she couldn't find Patricia. Instead, she struck up a conversation with Eric, who seemed to be a stranger. For a brief moment, it seemed like there might have actually been a flirtatious spark between the two, but all of that went away when Maggie saw Patricia greet Eric warmly by brushing his hair out of his face. It was enough to upset Maggie in a big way, and now audiences are trying to figure out his connection to Patricia and her family.

Right now, there are several possibilities for Eric's identity. He could be Patricia's secret boyfriend, and thus a big factor in her divorce and decision to move to Boston. However, they didn't kiss or do anything else overtly romantic, so there's a chance Eric could be a long-lost family member, too. Or, then again, he could just be Patricia's real estate agent who she gave a warm thank-you greeting for finding her a new apartment in Boston.

No matter who Eric is, it's clear he is "threatening to shake everything up," at least according to series creator DJ Nash's interview with Entertainment Weekly. He explained, "It’s a character that comes up based on stuff from the first season. Throughout the first half of the season, we follow the question: Who is this person? And then once it’s known who they are, their potential to shake up the world comes."

Ritter talked to TVLine a bit more about his character's place in the world of A Million Little Things. He said:

Ritter is scheduled to appear in multiple episodes of the show this season, so more details will likely be revealed soon. Until then, though, fans will just need to continue wondering how Eric will change things for Maggie and the people in her life.

More like this
The 'A Million Little Things' Season 3, Episode 13 Promo Is A Dose Of Reality
By Umber Bhatti
This 'Stranger Things 4' Theory About Eleven's Past Is Super Dark
By Ani Bundel
3 Theories About Jackson Avery's 'Grey's Anatomy' Ending That'll Wreck You
By Abby Monteil
Stay up to date