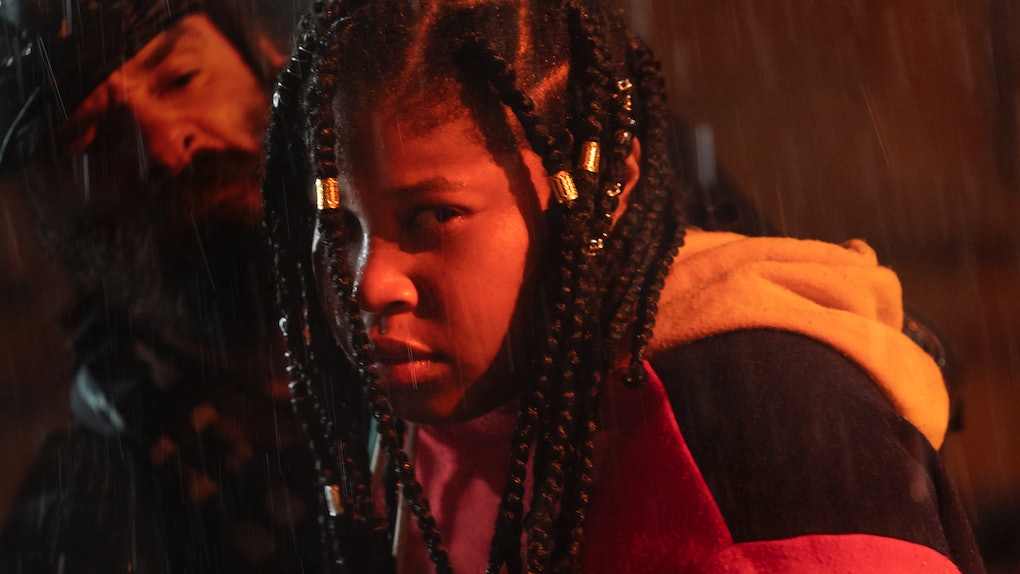 Who Is Dominique Fishback From 'Project Power'? You've Def Seen Her Before

With superheroes currently on hiatus at the box office, Netflix has picked up the slack. Most recently, there's Project Power, a film that's sure to get your blood pumping. Fans will recognize co-stars Jamie Foxx and Joseph Gordon-Levitt, but they may wonder, who is Dominique Fishback from Project Power? She's turned up in quite a few shows recently.

There are two types of superheroes in the world. There are those imbued with the ability via some scientific experiment or genetic mutation. Then there are those boosted via technology and training. The X-Men and The Umbrella Academy are in the former camp, while characters like Iron Man and Black Widow land in the latter. Project Power creates a world where the only superheroes are the ones that are getting a little help via advancement in technology — medication, to be exact. Take a pill, become a powered person.

There's just one drawback. Like any medication, the drug wears off. And the higher the high, the short it lasts, and the harder the crash. In this case, the superhero-high is such a spike that it lasts for five short minutes.

Jamie Foxx plays Art, and Joseph Gordon-Levitt is Frank. The two are a former soldier and a cop, respectively, teaming up to take down the kingpin behind this superdrug's distribution. Things get complicated when Art's daughter, Robin, played by Fishback, gets involved with those distributing it.

In other circumstances, Project Power might not be such a big deal. But with Netflix shows and movies as the primary source of at-home entertainment this summer, the film might turn Fishback into a household name — and none too soon either, as her next role will be alongside Daniel Kaluuya in 2021's Judas and the Black Messiah. The Fred Hampton biopic is already being presented as a potential awards contender once theaters open back up.