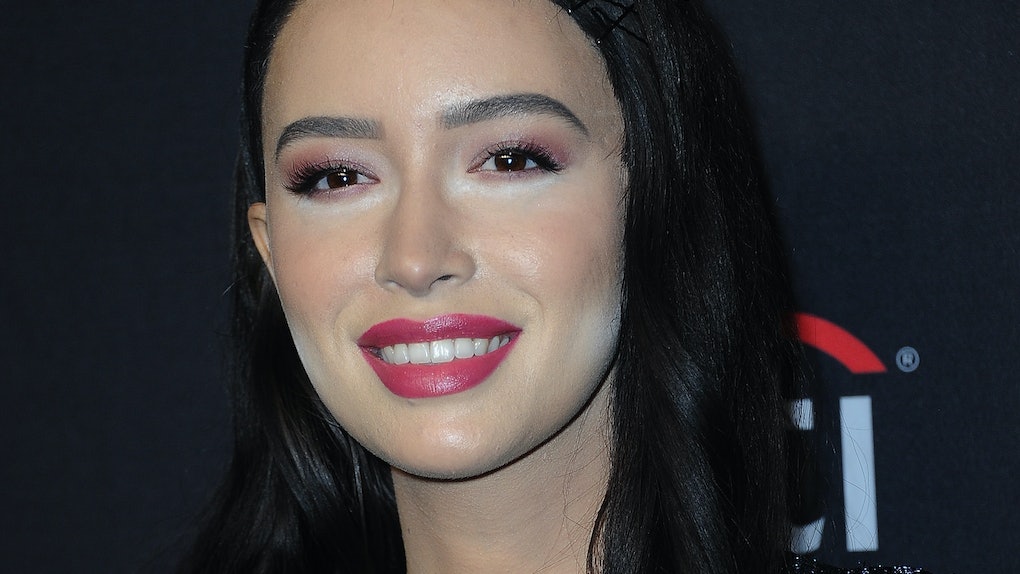 Who Is Christian Serratos? Netflix's 'Selena: The Series' Star Has Arrived

Netflix has just given audiences a sneak peek at its next big superstar. Christian Serratos will star in Netflix's Selena: The Series as the show's eponymous singer. The streamer released a teaser trailer featuring Serratos on Nov. 12, and it's clear she's going to shine in this new role.

Selena: The Series will chronicle the life of the late singer Selena Quintanilla. Members of the Quintanilla family serve as executive producers on the show, so fans can rest assured the new series has her family's seal of approval on it. According to Netflix, the new show is "a coming of age story following Selena Quintanilla as her dreams come true and all the heart-wrenching and life-changing choices she and her family have to make as they navigate success, family, and music."

In the teaser trailer released by Netflix, Serratos is seen rehearsing her lines and getting into character as Selena. She says hello to Richard Chavira, who's playing Selena's father Abraham Quintanilla, and to Madison Taylor Baez, who plays the younger version of Selena. She then performs as Selena on stage while wearing her iconic purple jumpsuit. The teaser offers just a taste of Serratos in the role, but it's enough to get Selena fans hooked.

Serratos is best known for her role as Rosita on The Walking Dead, which she's played since 2014. Before that, she had recurring roles as Angela in the Twilight movie series, Raven in The Secret Life of The American Teenager, and Suzie in Ned's Declassified School Survival Guide.

Selena was a super-popular Mexican-American singer who tragically died at age 23 in 1995. She still has a loyal fanbase to this day, so it's safe to say Selena: The Series will have a big audience. Luckily for avid Selena lovers, Serratos loves interacting with her fans. She previously told Entertainment Tonight, "It's amazing to see the fans, and they're always so lovely. I've been really lucky to be a part of some projects that are really heavily fan-driven, so it's kind of like, in me, it's in the muscle, it really feeds my soul."

Serratos is also proud of her Latina heritage. In that same interview with ET, she said, "I love holding it down for the Latinas." Similarly, Selena's identity was a huge part of her life, and so Serratos will likely be able to tap into that in a big way in the series.