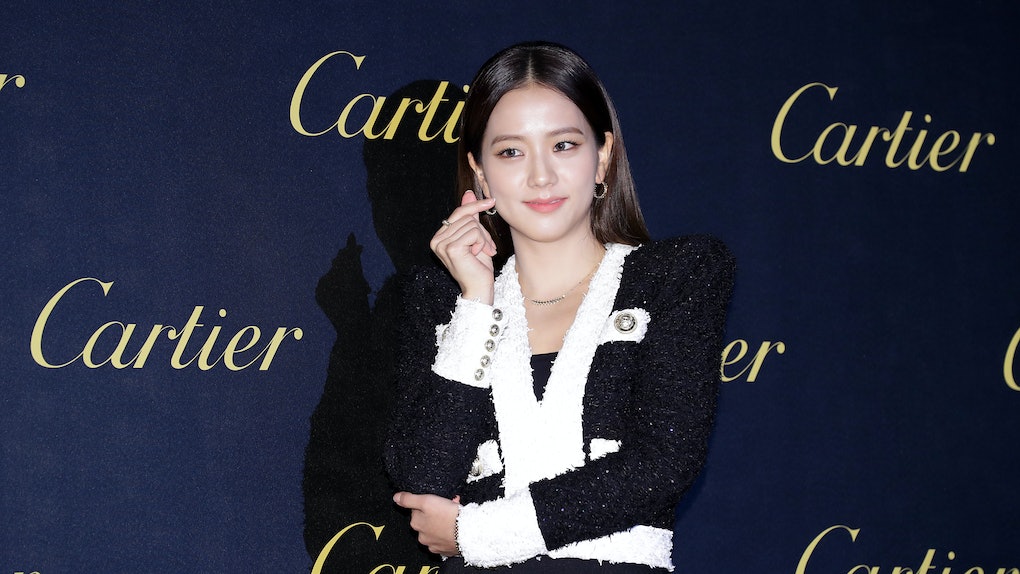 Who Is BLACKPINK's Jisoo? 7 Things to Know About the K-Pop Queen

Blinks aren't the only ones who continue to be impressed by Jisoo's talent. The BLACKPINK member can wow any K-Pop fan with her vocals, dance moves, and acting skills. Not to mention her extremely visually appealing Instagram page, but more on that in a little bit. So, who is BLACKPINK's Jisoo? Here's everything to know about the K-Pop queen.

BLACKPINK — which is also made up of Jennie, Lisa, and Rosé — has no shortage of talent, but Jisoo brings her own unique flair, which constantly has fans talking. While Jisoo is the only member of the group that doesn't speak English, it doesn't stop BLACKPINK's English-speaking fans from caring any less about the singer.

In fact, Jisoo fans are so dedicated to her that they've even taken to social media in the past to defend her, like after some haters slammed her for not speaking much during a video with The Late Show With Stephen Colbert in February 2019. "Jisoo understands english but isn’t confident yet to speak. it’s okay. the girl is a perfectionist. time will come. everyone who dragged her down isn’t welcome. bye," one fan tweeted at the time.

So, now that you know Jisoo is special enough to have her own social media police, let's get started on some fun facts about the South Korean star.

After training for five years, Jisoo became a member of BLACKPINK, where she took on the role of lead vocalist and visual, according to her Kprofile.

In April 2019, Koreaboo named Jisoo one of the top 10 most followed K-Pop idols on Instagram. She was in good company, with the other nine being: Girls’ Generation's Taeyeon, GOT7's Jackson, EXO's Baekhyun, Sehun, and Chanyeol, BIGBANG's G-Dragon, and the other three ladies from BLACKPINK.

In September 2019, Jisoo made The Business of Fashion's annual list as one of fashion's top 500 influencers. Not only was it a big deal for her personally, but for all of the K-Pop fandom. It was the first year that a K-Pop star was named on the list, according to E! News. BTS' Jimin was also given the honor.

While Jisoo can play basketball and also has a knack for inline skating, the one talent she doesn't have is for bicycle riding, according to her KProfiles.com bio. She's also known to show off her adventurous side on Instagram.

5. She's The Youngest in Her Family

Jisoo has an older brother and older sister, and has been open about how her role as the youngest child has shaped her goofy personality. "I'm the youngest at home, so I grew up in an environment where I couldn't help but be a jokester," she told HIGH CUT Magazine in June 2018. "I like watching gag programs and copying them too. I also like playing a lot of cute tricks."

Jisoo owns an adorable pup named Dalgom. She often shares sweet snaps with the tiny pooch, who loves to cuddle up on her lap and embrace the spotlight. "The bear is confident at any angle," Jisoo captioned a series of photos of the dog in July 2018.

Singing isn't the only thing Jisoo is good at. The K-Pop star is also a talented actress and has appeared in many commercials, including ones for Nikon and Samsonite. Jisoo has also had roles on multiple Korean TV shows. In June 2019, Jisoo appeared on an episode of Netflix's K-drama Arthdal Chronicles alongside 2PM's Nickhyun.

More like this
Is Olivia Rodrigo's "Good 4 U" About Joshua Bassett? Fans Are Convinced
By Michele Mendez
Olivia Rodrigo's Quote Defending Writing Songs About Boys Calls Out Sexist Remarks
By Cianna Garrison
These Singers Were Accused Of Copying Other Artists In Their Music Videos
By Brandy Robidoux
Stay up to date